Disney and its magical kingdom of groomer-apologists are distraught that Florida’s government has passed legislation protecting young children from deviant sex education class before they’re ten years old. Another Disney product, “That’s So Raven” alumni Raven Symone, came up with an idea for retaliation against the bill, saying there should be a “Don’t Say Straight Bill.” 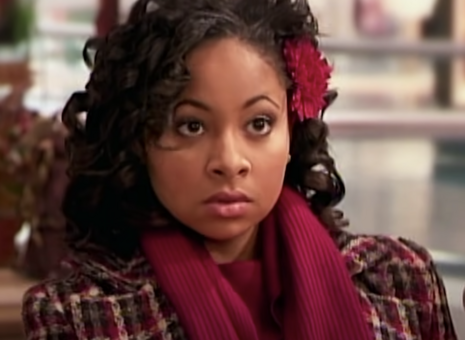 Um, okay? Sure the “Don’t Say Straight Bill” would be a clever idea if the anti-groomer Florida bill was actually called the “Don’t Say Gay Bill.” But it’s not, that’s just what the left calls it. That’s strike one against Symone.

Anyways, Symone, a former Disney channel child star and LGBTQ American had a good deal to say against the “Parental Rights in Education” Bill – what it’s really called – on the Today Show.

During the segment the TV personality began by saying that there needs to be a “Don’t Say Straight Bill” to even the score against those promoting the “Don’t Say Gay Bill.”

“I’m gonna say this, and this is my thing: If there’s a ‘Don’t Say Gay’ bill, there should be a ‘Don’t Say Straight’ bill, because it’s not fair,” Symone said.

She also claimed that the “Don’t Say Gay Bill” will ruin kids’ psyches and their “confidence.”

“There are multiple kinds of humans in this world," Symone stated about the bill, "and you are ruining the psyche, the confidence of so many young children, because you are discrediting their parents, the people they love, the people that raised them."

Apparently her rationale is, because the new Florida law will prevent kindergarteners through third graders from learning lessons on “sexual orientation or gender identity,” that means they’ll be in the dark about gay people.

Meanwhile on @TODAYshow: “If there’s a don’t say gay bill, there should be a don’t say straight bill”

What are the chances that she actually read the bill? pic.twitter.com/BsAGlZrOJE

It’s really about preventing kids that young from learning LGBTQ sex ed. Most kids that young don’t learn regular sex ed anyways (it isn’t taught in California schools until 7th grade), not to mention that no movement has ever claimed that this is denying students the reality of their heterosexual parents. It’s about them being too young to know the mechanics of it all.

In addition the true bill is about preventing little kids from lessons on gender identity which can only serve to confuse them. Imagine telling a 6 year-old that because they feel funny inside that means they have a permanent psychological condition requiring them to change gender in the future. Sounds pretty stupid and pretty dangerous.

And fine, by all means make a “Don’t Say Straight Bill.” Since the “Don’t Say Gay Bill” is about preventing teaching kids the mechanics of LGBTQ sex, and we don’t want kids that young to have heterosexual sex ed class either, then fine. Both bills would make sure kids as young as four aren’t learning about the carnal act. Jokes on you, Raven.

But for Symone, it’s about denying gay identity. Perhaps she’s too worried about her own LGBTQ movement’s political success that she’s willing to let educators abuse children, but we’ll refrain from assuming anything too nefarious on her part. Perhaps like her other misinformed friends, she just hasn’t read the bill.