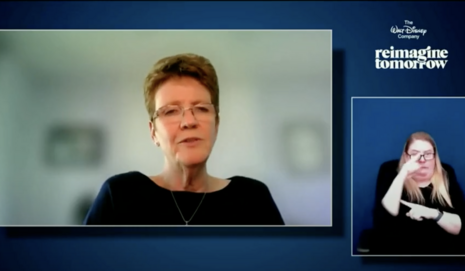 According to a recent Fox News report, Disney is getting rid of all gendered language present at its theme parks. The terms “Boys,” ”Girls,” “Ladies” and “Gentlemen” will not be found anywhere in theme park presentations going forward, according to Disney’s chief diversity officers.

The goal is for things to be even more inclusive. After all, the greeting “boys and girls” really ignores the other 72 genders attending Disneyland or Walt Disney World, doesn’t it? Does this mean Disney will also stop referring to Princes and Princesses at their parks?

This ridiculous Disney policy update came directly from a Disney company conference call. Video of that call was secretly recorded by City Journal journalist Christopher Rufo and shared on Twitter.

In the video, Disney Diversity and Inclusion Manager Vivian Ware stated, “We’ve provided training for all of our cast members in relationship to that. So now they know it's ‘Hello, everyone,’ or ‘Hello, friends.’”

Well, thank goodness for that.

“We want to create that magical moment with our cast members, with our guests," Ware added. "And we don't want to just assume because someone might be in, our interpretation, may be presenting as female that they may not want to be 'princess.'”

Oh yes, misgendering a five-year-old may be one of the biggest tragedies we could ever imagine.

Of course, we’re kidding. This is pathetic and part of Disney’s mission to destroy gender norms for little kids now, a demographic that is impressionable and is most likely to be confused by the concept of non-binary genders.

Walt Disney World in Florida actually made a change like this to its park in 2021. Fox News reported that the park “removed its longtime greeting, ‘Ladies and gentlemen, boys and girls,’ from its Magic Kingdom fireworks show to promote inclusivity.  It was replaced with a greeting saying, ‘Good evening, dreamers of all ages!’"

The corporation has waged an aggressive PR war against Florida’s “Parental Rights in Education” bill, a bill just signed into law by Republican Governor Ron DeSantis that makes it illegal for Kindergarten through third grade public school students to learn about “sexual orientation or gender identity.”

The company has vehemently opposed the bill, and upon its signing, put out a statement saying it vows to use its influence to have the law “repealed by the legislature or struck down in the courts.”

In another viral video clip from the same conference call, Disney Corporate President Karey Burke claimed that signing of the bill has encouraged her and her “colleagues” to be more focused on making LGBTQ themes and characters more prominent in Disney products.

Disney doesn't seem to want to be the family-friendly media company any longer.