MacKenzie Scott will go down in history as the woman who divorced Jeff Bezos while taking a hefty chunk of Amazon shares in the process, as well as being the person behind the single largest donation to Planned Parenthood in the abortion mill’s history. 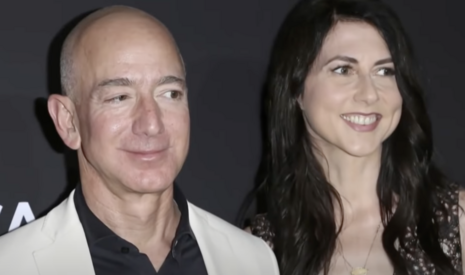 Scott, who’s worth an estimated $52 billion (she acquired 4% of Amazon stock in her high profile divorce from the Amazon founder and Washington Post owner), gave more than a quarter of a billion dollars to Planned Parenthood in one earth-shattering donation.

Seriously? She gave that much money to fund baby murder? Tragically, yes.

Reuters reported that Scott donated $275 million to Planned Parenthood. The abortion giant confirmed receiving this windfall of cash on March 23. So if the average 1st trimester abortion costs around $750, then Scott’s donation could singlehandedly cover nearly 400,000 abortions.

Wow, and Reuters has the nerve to call this woman a “philanthropist?” The lady just bankrolled a genocide as far as we’re concerned.

The outlet noted that is all part of Bezo’s ex-wife’s altruistic quest to get rid of the majority of her wealth. Since 2019, Scott has already donated over $12.4 billion in grants to various organizations, Bloomberg Business reported. Some of these organizations are good, like the Boys & Girls Club of America – others, like various climate change activist groups and Planned Parenthood, not so much.

If she really wanted to give back maybe she could’ve chosen something other than the destruction of unborn children. Was helping starving children in Africa not a more compelling option here?

Of course Planned Parenthood was ecstatic over the titanic donation. They confirmed that it's the largest donation ever given by one person since its inception in 1916. What a way to go down in history. Scott’s the lady who gave the most ever to the child-killing facilities.

Even more ridiculous is that in Scott’s Medium.com blog post about her donation, she waxed about how this donation is part of her aim “to support the needs of underrepresented people from groups of all kinds.”

Oh, isn’t that rich? What about the underrepresented unborn? She ended her piece asking other people to donate to the same groups she did.

“If you are looking for a way to serve humanity’s common cause, every one of them is a great candidate. Helping any of us can help us all,” she wrote.

Um, lady, donating almost $300 million to the place that slaughters innocent human beings and isn't “helping” anyone. We’d rather you take your billions and live like a decadent queen. At least kids wouldn’t necessarily die from that.