Either Hollywood leading man Oscar Isaac really doesn't get politics, or he just thinks kids under the age of nine  should be inundated with inappropriate and complex sexual talk in public school classrooms. 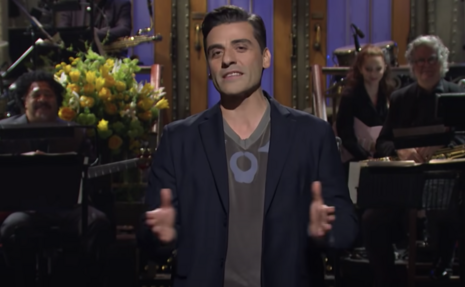 BoundingIntoComics.com reported that Oscar Isaac, the star of the upcoming Disney/Marvel superhero series, Moon Knight came out hard against the Florida “Parental Rights in Education” Bill in a recent promo interview for his new show.

The “Parental Rights in Education” bill, which has passed in both the Florida Legislature and is set to be signed by Governor DeSantis, blocks gender ideology and LGBTQ lessons in kindergarten through third grade classrooms in state schools. However the left has tried to spin a misleading narrative, claiming that the bill is erasing the existence of gay people to public school kids.

Thus the left has dubbed it the “Don’t Say Gay” bill, because keeping innocent five year-olds away from the idea that they can change their gender amounts to denying the reality of gay people in school.

Oh wow. This is the political commentary the people turn to Hollywood for – if they want a good laugh of course. Did Oscar Isaac simply read the left’s title of the bill and think it was a ban on the word gay?

The actor did add an actual opinion to his off-the-mark-point though. He stated, “Yeah, it’s an absolutely ridiculous law. It’s insane. It’s insanity. And I hope that Disney as a company comes out as forcefully as possible against this idea.”

So again, it’s ridiculous that the youngest kids in the government school system don’t get forced into sex ed about homosexuality and transgenderism? And wait just a minute. Let’s not forget that most public schools don’t teach regular sex ed until middle school. So how is it insane to wait until at least then to teach about trans identity?

“It’s astounding that [Don’t Say Gay Bill] even exists in this country,” Isaac added. Well, it’s “astounding” that Isaac would advocate for such an irresponsible and gross curriculum. And if he doesn’t know what the law truly means, he better read up on it because he sounds like an idiot or worse, a child groomer.