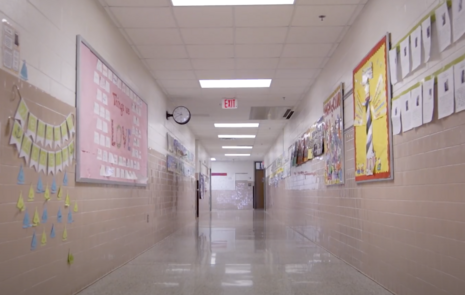 Critical Race Theory (CRT) debunker and City Journal reporter Christopher Rufo broke the news on Wednesday that the Virginia State Senate just signed off an a bill that public schools in the state have to make transparent all sexually explicit materials introduced to kids as part of the school programming.

Basically, the new bill, introduced to the state senate by Sen. Siobhan Dunnavant (R-Henrico County), stipulates that sexual material in the public schools will be put on record so that parents know exactly what their children are seeing.

WINNING: The Virginia State Senate—including two Democrats—has passed legislation requiring curriculum transparency related to sexually explicit materials in public schools. The bill is expected to pass in the House and to be signed into law by Governor Youngkin. pic.twitter.com/M1gAUI3tW5

Well, that’s fantastic news. If the bill is passed by the Virginia House and signed by Youngkin, who given his extreme focus on breaking the corruption of state public school boards will most likely do so, teachers will be liable for punishment if they try and groom children with any strange sexual lesson material.

Part of the exact text of SB 656 reads, “The Department [of Education] shall develop and make available to each school board model policies for ensuring parental notification of any instructional material that includes sexually explicit content.”

The text also claimed that the bill would also include “information, guidance, procedures and standards” FOR the “ensuring of parental notification,” for “directly identifying” what that material is, and for “permitting” parents to review any of these types of materials.

It’s safe to say 'little Johnny' in Loudoun County Public Schools (LCPS) won’t be getting any radical LGBTQ lessons unless his parents can see it and sign off on it. Thank goodness.

Another interesting note is that two Democratic state senators, Chapman Petersen (D-Fairfax City) and Lynwood Lewis (D-Accomack) signed the bill. Well, of course. What self-respecting Democrat would want to force kids to learn about strange sexual material without their parents knowing?

After all, they’ve all have seen how parents raked the LCPS Board over the coals for hiding stuff from them, and by stuff we mean the rape of a student by a "boy in a skirt" that happened in their schools.