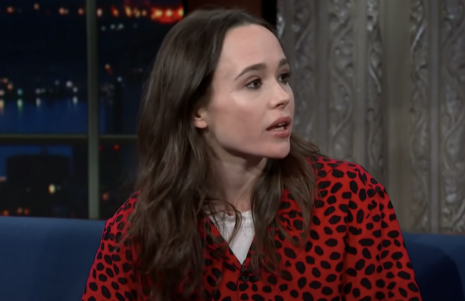 In a turn of events literally everyone except famous liberals saw coming, Jussie Smollett was convicted by the U.S. justice system in 2021 for the famous race hoax he committed in 2019. Any normal person could tell he was full of it, as the details didn’t add up from the beginning, but a bunch of celebrities sided with the boy who cried “MAGA.”

.@EllenPage is fed up with leaders who promote hatred and intolerance. #LSSC pic.twitter.com/apxXzye5SF

Of course so much has happened since Smollett’s race hoax so let’s refresh ourselves on the ridiculous details of the crazy lie which finally culminated in December 9’s guilty verdict for the D-list Empire actor.

In 2019 Smollett, a gay African American, lied about being assaulted and lynched by two Trump supporting white supremacists. As the story goes, Smollett was getting a Subway sandwich at around 2 AM in freezing downtown Chicago, (sounds legit, eh?) when he was grabbed, beaten up, had some sort of liquid poured on him and had a noose put around his neck by these perpetrators.

Oh yeah and they also made sure to yell “THIS IS MAGA COUNTRY!”

Yeah it sounded pretty fantastical from the get go, but so many lefties, including big name celebrities, tripped over themselves to show solidarity for Smollett, who they saw as the victimized minority that Donald Trump’s America exists to oppress.

We’re sure some of these people meant well and just tweeted out support upon seeing some headlines that we're not too critical of Smollett’s hole-ridden story. Though we bet that for many of them this was the incident that proved everything they said about President Donald Trump making America a racist hellhole.

Actress Viola Davis really got taken for a ride by Smollett’s lie. After the “incident,” she tweeted, “OMG!! THIS is why the LGBTQ community continue[sic] to fight to be seen and PROTECTED against hate! We ALL have to take this racist and homophobic act of violence very personally!” Ouch, we wonder how she feels about this today.

At the time, anti-Trump musician John Legend tweeted, “Sending love to Jussie and the Smollett family after this horrific attack.  We support you and pray that you find peace and justice.” Sorry John. Per usual, you fell for fake news.

Smollett’s co-star, actress Vivica A. Fox fell for the hoax too. She tweeted, “I'm just now hearing the news about the senseless hate attack on my #EMPiRE Nephew @JussieSmollett. IM SO ANGRY AND HURT ABOUT THIS!”

The “attack” on Smollett seemed to confirm actress Reese Witherspoon’s view of the country. On Jan 29, 2019, she tweeted, “What happened to @JussieSmollett is a truly horrible racist, homophobic hate crime. I hope we can find an end to the hate and fear that plagues this country.”

Katy Perry couldn’t manage to question any of the VERY QUESTIONABLE details of Jussie Hoax. After the incident, she tweeted, "Standing with and sending love to @JussieSmollett today... this is a racist hate crime and is disgusting and shameful to our country.”

Well that’s true. It is a “racist hate crime” because it was a lie employed to make white Trumpers look evil.

RELATED: BLM Releases Statement On Jussie Smollett - and It's as Stupid As You'd Think

And of course, Eugene Levy’s son, actor Dan Levy, was ready with the leftwing activism as soon as he caught wind of Jessie’s plight. He tweeted, “Horrifying, heartbreaking, and deeply disturbing. Combat this hate by donating to a Black/LGBTQ organization today.”

Sex & The City actress Cynthia Nixon tweeted, “Thank you @JussieSmollett for being an out and proud artist and activist, and a hero to so many of us--no small feat in the face of racism and homophobia.” Geez, these people will believe anything.

And Juno actress Ellen Page, who was a girl when Smollett’s hoax happened and who now considers herself a boy, made some impassioned speech on The Late Show with Stephen Colbert in 2019 about Smollett’s victimhood. She spoke about how then-President Trump and then-Vice President Pence were turning America into a place where these crimes happen.

“Connect the dots. This is what happens. If you’re in a position of power and you hate people, and you want to cause suffering to them… what do you think is going to happen?” Page asked, speaking about Smollett and other people marginalized by conservatives anti-gay agenda.

Yeah, great job guys! The shoe's on the other foot now. You all promoted a lie intended to promote hate for President Trump and his supporters. Where’s your apology to them?