Forget the lefties wailing about “heartbeat” laws in Texas and Mississippi representing the loss of freedom for American women. The criminal case against David Daleiden has revealed the real tyranny -- that the abortion industry and the California Attorney General of California have been working together, “twisting” U.S. law to order to “crush” an undercover journalist for exposing the truth about Big Abortion’s practices. 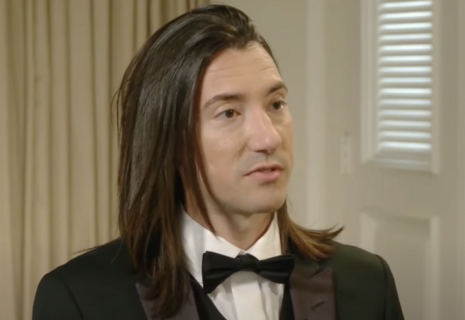 In Daleiden’s lawyer’s assessment, there is collusion between the National Abortion Federation (NAF), Planned Parenthood and the California Attorney General’s office to bring a “political prosecution” against Daleiden.

In order to find more proof of this collusion, the Thomas More Society went to court on September 20, 2021, with a motion to compel discovery of communications between NAF and the Attorney General’s office. The evidence they’ve already acquired was enough to convince the judge to grant the motion and the expectation is that they will find more evidence of “hand-in-hand” work between the state and the abortion industry.

The criminal case against undercover pro-life journalist Daleiden, which was brought by the state of California after he exposed that Planned Parenthood was selling aborted baby parts to various research groups in 2015, shows that Big Abortion will happily collude with sympathetic government entities to crush its opponents. The People of the State of California v David Daleiden, Sandra Merritt, finds Daleiden still facing multiple felony charges for allegedly violating California law in filming abortion industry workers discussing selling remains of unborn babies.

MRC Culture spoke with one of Daleiden’s lawyers, Thomas More Society Vice President and Senior Counsel Peter Breen, about the case. Breen explained that Daleiden’s legal fight against the state of California, and his fight against other abortion industry-related lawsuits from other states, is a “struggle” out of “Greek mythology,” with Big Abortion and California standing in for Medusa and the Kraken.

Throughout the case, which the Thomas More Society took up in 2015 after Daleiden was sued for his videos, Daleiden’s team said it acquired evidence that the Attorney General of California (Kamala Harris at the time, who then transferred the case to the subsequent AG Xavier Becerra once she became U.S. Senator) was “working hand in hand with the abortion industry to prosecute David Daleiden -- to do everything possible to silence him.”

Some of this evidence included “statements on record by the attorney general’s office that they had provided certain materials to the National Abortion Federation (NAF) that were not their’s to provide.” Those materials were items seized by the government when they raided Daleiden’s home at the order of then-Attorney General Kamala Harris in 2016. Not only that, there was evidence that “two weeks before” Harris authorized the search warrant, “she was meeting with the heads of Planned Parenthood in California” where both parties discussed Daleiden’s videos.

In addition, NAF’s attorney fee records show “numerous references” to work “being done together with, or for” the Attorney General’s office.

Again, the larger point here is that, as Breen claimed, “Planned Parenthood controls California politics.” This also means that big abortion controls the media, who are practically dead silent on the Daleiden case. “They certainly have their tentacles throughout the media in California,” Breen added, which means this horrific story of government doing the business of the abortion industry is going nowhere. “The mainstream corporate media is not going to pay attention to any of this. It doesn’t fit their narrative,” he added.

Though it is interesting to note that Planned Parenthood’s alliance with the California AG looks so corrupt that even the far left L.A. Times wrote an editorial in 2017 slamming how they went after Daleiden. In a piece titled, “Felony charges are a disturbing overreach for the duo behind the Planned Parenthood sting videos,” the Times Editorial Board wrote, “It’s disturbingly aggressive for Becerra to apply this criminal statute to people who were trying to influence a contested issue of public policy.”

In 2017, Becerra charged Daleiden with 15 felonies in this case for his undercover footage. Breen also pointed out that “this is the only time the California attorney general has prosecuted a journalist under the undercover taping laws.” It’s clear Planned Parenthood has been intent on destroying Daleiden’s threat to their power.

“The strategy from Planned Parenthood and National Abortion Federation is to so crush David Daleiden that anyone who even goes after Big Abortion in the future will not do it,” the attorney added.

This has bigger implications than just destroying the life of an American pro-lifer -- as if that’s not bad enough. It also is an attack on free speech and journalism done by the government at Big Abortion’s behest. As far as Breen and the Thomas More Society is concerned, in going after Daleiden this way, Big Abortion has been “twisting our laws to try to shut down – essentially shutting down undercover journalism all because they wanted to hit this one guy over abortion.”

Again, the point is that Big Abortion will stop at nothing to chase off whistleblowers from uncovering these barbaric abortive practices and pointing out collusion with the government and Democrat Party in the future. Does this sound like a benevolent industry under attack by tyrannical Republicans and their draconian heartbeat bills? No, it sounds like a den of vipers and thieves, abusing the justice system to bury journalists trying to expose how they profit off of the grisly killing of innocent children.