Thankfully one media channel not so scared of law enforcement has decided it’s time to bring back the long-running, fan favorite police show Cops after it was cancelled in the anti-police backlash following George Floyd’s death. 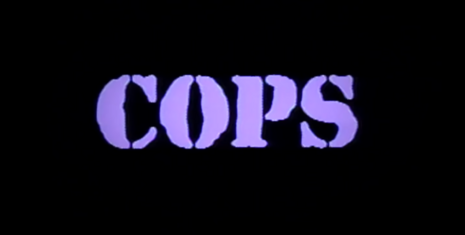 According to The Hill write-up of the announcement, Fox News will be bringing Cops to its platform this Fall. That’s exciting news for fans who undoubtedly felt robbed when Paramount Network cancelled the program in 2020 after mainstream culture turned on law enforcement.

If you recall, other networks like A&E cancelled similar live police shows, like the super popular Live PD.

Thankfully, like the brave officers whose real-time criminal justice work constitutes the brunt of the TV show, Fox Nation is serving up justice for innocent victims. The Fox News Channel streaming platform is picking up the unduly cancelled show right where it left off. To hell with reboots, Cops’ 33rd season will begin airing on Fox Nation on October 1, 2021.

Cops fans better prepare the popcorn because the night of the debut will have a ton of Cops content. The outlet stated that the show’s debut will include four brand new episodes, with each subsequent episode premiering every Friday throughout the duration of the season. That should be plenty for cops enthusiasts to sink their teeth into after having to go a year without the show.

In a statement, Fox Nation president Jason Klarman expressed his excitement about bringing the show back. “Cops is one of the most iconic brands on television with an incredibly passionate fan base,” he said.

Fox Nation will also be rolling out a free one-year subscription for first responders who sign up for the platform. The Hill reported, “Fox will offer all first responders, including police officers, firefighters, emergency medical technicians and paramedics, a free one-year subscription to Fox Nation beginning this week.” For every new subscriber to Fox Nation, the platform will donate "$5 to Answer the Call, a charity supporting families of killed police and first responders in New York City for every new subscriber."

It’s also a fitting act being that it coincides with the 20th anniversary of the September 11 terror attacks, an event that brought the most deaths of first responders in any day in U.S. history.

Klarman added, “We wanted to show our appreciation to all first responders by combining the launch with a free one-year subscription to give back in a small way to those who place their lives on the line every day to keep us safe.”

Well that’s certainly a refreshing tribute especially in light of all the demonization police officers suffered during the left’s disturbing “Defund the Police” narrative which picked up steam in 2020. In addition to Cops, Fox Nation is set to unveil several new first responders-themed shows for the platform in the near future.