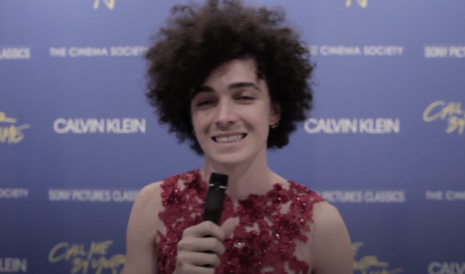 Woke insanity rolls on. Now some of its acolytes are arguing that Hollywood needs to abolish its gendered award show categories because less than half a percent of the U.S. population says so.

A guest columnist for The Hollywood Reporter wrote on June 15 that it’s about time for “all awards shows to ditch the binary acting categories.” Hilton Dresden – who from the looks of his Instagram account, is confused on his gender – posed the question, “But what if neither of those [best actor/best actress] is actually capable of describing who you really are?” Well, darn. Hollywood still hasn’t reached the glorious summit of inclusivity, has it?

No, there is ALWAYS more work to do.

Dresden began his piece with a glimmer of a decent point, asserting, “other spheres of our culture don’t divide their top honors into gendered categories: There isn’t a Nobel Prize for best female peacemaker, nor a James Beard Award for best male chef.” But of course this wasn’t the crux of his argument, which it should have been. Maybe Scarlet Johansson does deserve to be recognized as a better actor than Brad Pitt, and feels that she should be able to prove her mettle. There can be an argument for that.

But Dresden’s selfish, whiny point ended up being that non-binary people don’t feel represented by these categories and that’s why they should change, even though most people are probably ok with them, or don‘t think about them too much. Seriously, will changing the categories get the Oscars out of its ratings free fall?

Dresden complained, “But plain old ‘nonbinary’ has emerged as a frontrunner term. And basically, a bunch of us don’t feel comfortable being defined as strictly male or female. What words and pronouns we identify with can and do change.” Ok but again, what is “a bunch of us?” Less than 1% portion of the population? Is it just “representation” for a teensy subset of people to remake an entire institution in its image?

As far as somewhat recent numbers show, transgender people only constitute .6% of the U.S. population, and an even smaller set of that consider themselves to be “nonbinary.” In “The Report of the 2015 U.S. Transgender Survey,” only 35% of trans respondents considered themselves “nonbinary.” And yes that was a few years ago, before the media/Hollywood PR blitz made gender confusion so hip. Still it's hard to believe there's some organic groundswell of demand.

Dresden went through the usual LGBTQ grievances, saying nonbinary people get little to no representation, even though they’ve been around since the dawn of time, yadda yadda. That means Western civilization has oppressed these people for thousands of years.

Though could it be that these people didn’t have internet access and a self-flagellating society willing to amplify their every complaint over the centuries … until now?

Dresden concluded: “Because ultimately, identifying as nonbinary is about being respected and seen.” He then quoted Demi Lovato on something about being woke makes for a more “united” human race. Oh, you want unity, huh? How ‘bout not insisting that society at large adopt extremely fringe beliefs spouted by former Disney child stars?