Next time Hollywood attempts to lecture middle Americans about politics or proper social etiquette, we’ll have to refer the community back to the latest Hollywood Reporter exposé, which goes into detail about how Hollywood ignores human rights abuses in China for the sake of more money. 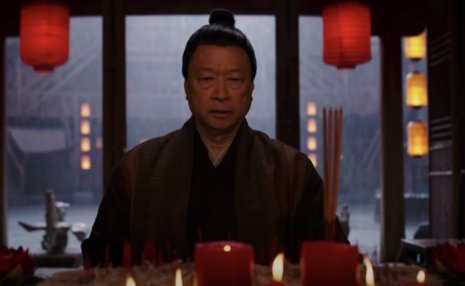 And to think, some people wonder why the lecture-filled 2021 Oscars got the worst ratings in show history by a mile. When outlets based in and around your own industry are telling you that your sucking up to human-rights abusing governments is out of touch, you probably should take note.

On Friday May 21, The Hollywood Reporter published a massive report on how the intimate intermingling of the U.S. and Chinese film industries is cooling off (thankfully) and pulled no punches in assessing just how callous Hollywood has been in ignoring Chinese human rights abuses for the sake of acquiring bigger huge profits. The piece stated that Hollywood would rather ignore human rights abuses than “risk giving up their entire China business in an instant.”

According to THR, a little before the Trump years, both nations’ film industries were optimistic at what they could offer one another. Soon thereafter, China’s film capital started to grow and the U.S.’s started to slip – due to various reasons like pandemic and trade war prompted by the Trump administration.

As a result, the Chinese have been throwing their weight around with American studios that have been making a large profit in Chinese markets. They’ve started setting industry standards and policing the political tone of American movies produced with Chinese help. THR admitted that, while major businesses in America are doing their best to be woke, Hollywood has gone right along with things they disagree with in “the middle kingdom” for the sake of a quick buck.

THR explained, “At the same time that Hollywood’s foothold in the Chinese market appears to be slipping, the reputational risks associated with the realities of doing business there are rapidly on the rise.” Yes, and so far major Hollywood companies, namely Disney, have suffered losses with these risks. “While U.S. companies are increasingly taking principled stands on social issues ranging from voter disenfranchisement in Georgia to cases of police brutality throughout the country, Hollywood has remained mum when it comes to Chinese human rights issues,” the piece added.

It’s something people in the industry are now decrying, including this outlet and major filmmakers like Judd Apatow, who know that the most vocal Hollywood virtue signalers of all can’t get on a soapbox in front of Americans when they’re thanking Chinese diplomats tied to Uyghur ethnic cleansing. THR cited Apatow’s quote, which was, “Instead of us doing business with China and that leading to China being more free, what has happened is that China has bought our silence with their money.”

Even more interesting is that THR worked to dismantle counter arguments in defense of Hollywood dealings. In response to studios who have said ”off the record — that such criticisms are overblown, insisting that examples are rare or trivial,” the outlet countered, saying that in “ten years” of China amassing major market power,  “Hollywood studios have not created a single film, big or small, that depicts the country with a whiff of critique or even real-world nuance.”

Well there you have it. Even The Hollywood Reporter thinks Hollywood needs to stop kissing China’s ass.