SHOCK! Debra Messing Says Something Sane: 'Hamas Must Be Defeated'

Normally Debra Messing is a Donald Trump-hating, rabid lefty of a woman, but recently she had one of the rare sensible stances on the Israeli-Hamas conflict among celebrities on social media. 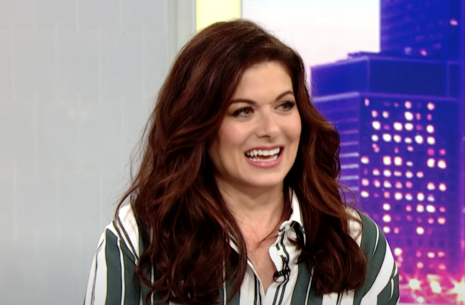 The Will & Grace star went after fake news surrounding the deadly situation in Israel, and while she did urge for peace, she also made sure to clarify that Hamas has been the aggressor and that Israel has every right to defend itself. She acknowledged that while the bloodshed is sad, it does not translate to Israel killing innocent Palestinians. Those roles are reversed.

On Wednesday, the actress railed the misinformation with a couple confident Twitter threads. In the first one, Messing opened with, “PLEASE take 3 minutes and read through this carousel. There is so much disinformation about Israel being spread and it is getting people hurt.” On that we agree. On social media, anti-Israeli/"#FreePalestine" propaganda is being spread, sometimes by the largest Hollywood influencers.

Messing continued, saying, “Attacks against Jews has increased 483% in the last 10 days. 86 attacks. Hamas is a terrorist organization whose sole purpose is to kill every Jew and destroy Israel. Most people living in Israel want peace.” The actress insisted that she does want the fighting to stop and is hoping for a “2 state solution” for Israel and Palestine, but added that that can only happen once Hamas is destroyed.

“Hamas must be defeated. For the safety of everyone in the region. For the safety of Jews everywhere,” Debbie tweeted. This is the goal that Israel has been working towards the last several days, destroying pockets of Hamas terrorists that have been coordinating deadly attacks against the sovereign Jewish land, including the launching of around 4000 rockets into civilian areas.

Again, most of the media and many big influencers have been goaded into Hamas’ propaganda trap, by which they attack Israel, get shot up in response and then convince the world it’s proof that Israel is killing innocent Palestinians. Messing hasn’t been the only Hollywood star who has been frustrated by witnessing this. 130 other entertainment industry workers signed an open letter recently, decrying influencers’ “one-sided” commentary on the issue.

Messing also tweeted out a couple of illustrations she had found explaining the situation, though she did receive some pushback from other Twitter users. Leftist New Republic columnist Natalie Shure, tweeted, “Debra, please consider the possibility that the person spreading lies sourced from inaccurate social media infographics is...you.”

Messing remained undeterred and shot back at Shure in a retweet. “But what I shared was not inaccurate. Israel won a war they didn't start. Israel was granted a charter from the UN. People are displaced after war. It's a tragic truth,” she explained, defending Israel’s right to its existence.

I know this is complex. I understand it depends on through what prism you are looking at history. But what I shared was not inaccurate. Israel won a war they didn't start. Israel was granted a charter from the UN. People are displaced after war. It's a tragic truth. https://t.co/FVi3vv6wLU

She continued, saying, “The jews have lived in Israel for 4000 years. They are indigenous peoples. They were enslaved, then faced genocide. There are 22 Muslim countries, there is 1 Jewish state.” Well, actually, Debbie, there are more like 57 Muslim countries. But yes, the point is, Israel is vastly outnumbered by nations that hate its existence. She also called out other ignorant commentators again: “And I pray that people will *stop* posting videos and posts that don't acknowledge that Hamas is a terrorist organization.”

It’s nice to see Debra Messing embody some common sense for once. If only she had the same approach in viewing her own country.