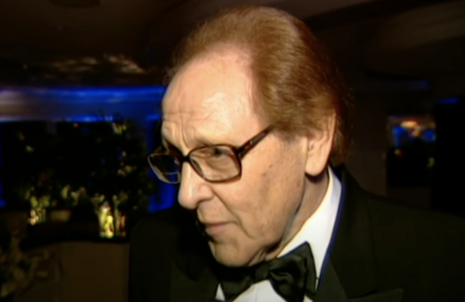 The Hollywood Reporter wrote that Philip Berk, the former head of the HFPA and current member, is in “deep trouble” for spreading his opinion that the riot-prone, statistics-ignoring, Marxist-led Black Lives Matter organization is a “racist hate movement.” Yep, “deep trouble.” In response to the news, both NBC and MRC – the parent company of Dick Clark Productions and co-owner of The Hollywood Reporter (not to be confused with the Media Research Center) – have called for Berk’s “expulsion” from the group.

Yeah, so THR literally gets paid to condemn Berk. Interesting. But we digress.

Anyways, according to the details, Berk, the 88-year-old industry titan, made the wrong move by forwarding an anti-BLM article to fellow HFPA members via email. In addition to the article calling BLM a “racist hate movement,” the piece also went after the group’s self-avowed Marxist leader Patrisse Cullors. The piece blasted Cullors for having purchased an expensive Hollywood home near where the Manson Murders happened, adding “which seems only appropriate since Manson wanted to start a race war.” Well, that’s quite a hot take. Is it any wonder Hollywood liberals were triggered?

Of course, that is quite the controversial way to say it, but let’s not let that distract us from the truth BLM is a patently detestable, police and America-hating activist group that promotes lies about law enforcement’s treatment of African Americans in order to whip up protests. It’s not hard to argue that it’s pushing to inflame racial tensions in order to achieve political power.

To compound the issue, the liberal narrative has made disapproving of BLM tantamount to racism. And since Hollywood is one of the central hubs of liberal groupthink, Berk’s actions meant he really stepped in the racist cow pie.

It also didn’t help Berk’s case that HFPA “currently includes zero Black journalists among its 87 members.” Uh oh. It seems the organization has been slacking in meeting Hollywood diversity standards. Have they not been watching the self-righteous acceptance speeches at their own awards broadcasts?

Both factors have now contributed to NBC and MRC asking for Berk’s ousting. In a statement, NBC said, “NBC strongly condemns Phil Berk's actions and is calling for his immediate expulsion.” The broadcast network demanded “swift action” and demanded that “reform” be done with HFPA before they can move forward with the group.

MRC’s statement claimed, "We stand in solidarity with our Black colleagues, artists, journalists and executives who have been hurt or overlooked by the HFPA. We are disgusted by the racist rhetoric disseminated by a member yesterday.”

THR added, “It is hard to imagine that the group will be able to push back against these demands from its powerful partners.” Yeah, yeah, we know which team you’re playing for THR.

Again, Berk’s email was not demonstrably racist, regardless of how harsh it sounded. But again, how could a major Hollywood player retain so much power in the industry with such an unwoke opinion? He should have known better.