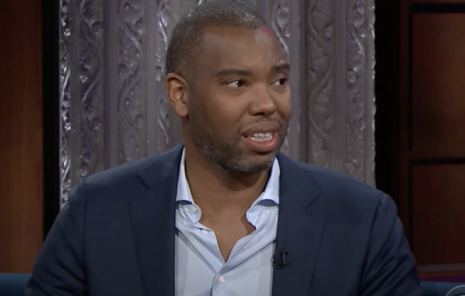 Well, then, you’re probably not going to be too excited about the next cinematic iteration of the “Man of Steel” which will be written by radical race author Ta-Nehisi Coates. If you don’t recognize the name, the gentleman is now a political essayist-turned-screenwriter whose views center on seeing white supremacy wherever he looks. Is this really the perfect choice to come up with the next story about America’s favorite superhero?

Apparently so. The Hollywood Reporter stated that film production giant Warner Bros. – which owns the movie rights to Superman and other beloved DC Comics characters – has hired Coates “to pen the script for a feature reboot of Superman that will be produced by J.J. Abrams.” Sources told THR this will be a “Black Superman story.”

Wow. Perhaps Superman will save the country from evil “White Supremacist” Capitol rioters, but then lend his laser vision to setting fires in the name of BLM; that’s if he’s really committed to representing America’s new revolutionary sense of justice.

In a statement, Coates, a former contributor for The Atlantic, shared the announcement and expressed gratitude, stating, “To be invited into the DC Extended Universe by Warner Bros., DC Films and Bad Robot is an honor. I look forward to meaningfully adding to the legacy of America's most iconic mythic hero.”

Wow, that’s quite the mainstream step up from making insane racist observations in left-wing rags like The Atlantic. In the past, Coates has made waves and apparently gained some street cred for saying things like white conservatives hardly differ from southerners who used to lynch African Americans, or likening police officers to nothing more than thugs in a gang.

Coates’s hatred for white people is so strong that he even blamed Obama for indirectly promoting white supremacy by being too easy on white people who went ahead and voted for Trump because they’re so racist. Though perhaps the worst thing Ta-Nehisi Coates ever wrote was in his book Between The World and Me, where he wrote a passage about how he couldn’t even see the humanity in policemen and firemen sacrificing their lives on 9/11: “They were not human to me. Black, white, or whatever, they were menaces of nature; they were the fire, the comet, the storm, which could — with no justification — shatter my body.”

If Coates couldn’t even see the heroic ideal in these 9/11 first responders, people who will be honored as heroes until the end of time, how can we trust him to write a story about mythical heroism in Superman?

Still, no matter. J.J. Abrams, whose Bad Robot production studio is working on the film, stated,  “We couldn’t be more thrilled to be working with the brilliant Mr. Coates to help bring that story to the big screen, and we’re beyond thankful to the team at Warner Bros. for the opportunity.”

Sounds like the man of steel will be saving people based on their victimhood status. If you’re a disabled African American trans female pansexual, oh, Superman will show up. But if you’re a white investment banker who’s hanging from a cliff? Well, be patient, Kal-el may take his time.