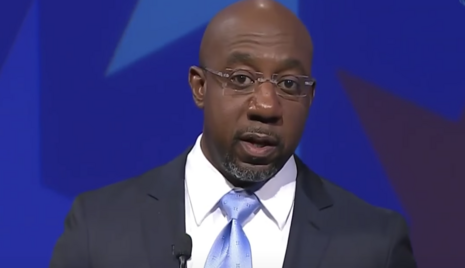 First off, supporting the killing of unborn babies is a non-starter, as is openly admitting you’re a hypocrite by saying you’re Christian and then saying you ignore fundamental parts of Christian teaching.

Warnock, a Baptist “pastor” and radical, pro-BLM, pro-abortion leftist vying for one of two U.S. Senate seats in the upcoming Georgia run-off elections, went afoul of conservatives on Twitter in recent days by declaring himself to be proudly pro-choice and Christian.

What is this? A joke?

Warnock tweeted on December 8, “I am a pro-choice pastor,” a laughable notion by any standard, though a tragic one to think that a Christian is fine with destroying innocent children in their mother’s womb and, even more sad, that more than 218,000 people “liked” the atrocious post.

For any serious Christian, being pro-choice, or supporting a woman’s right to terminate an innocent human life is antithetical to Christ’s message in the Gospel. It also violates the Ten Commandments, obviously, but in our day and age, leftists have played so much politics with what being pro-choice means (trying to distance the term from the reality it points to i.e. intentional killing of a human being) that now even some “Christians” have started rationalizing supporting the procedure.

Congresswoman-elect for Colorado’s 3rd district, Lauren Boebert tweeted that the pastor needs “to have a talk with God.” Jessica O’Donnell, The Blaze’s social media editor, tweeted, “you don't get to pick and choose what you like from the bible.” Conservative author and YouTube commentator Mark Dice asked Warnock whether his declaration indicated that he was pastor at “the church of satan.” A fair question, really.

Author and former Georgia congressional candidate Angela Stanton King brutalized the pastor’s statement, accusing him of furthering the black community’s destruction. She tweeted, “This is what’s wrong with the black community. Leaders supporting the death of our future. You left your wife & children so I’m sure you agree w/ aborting responsibilities.” Ouch, that’s got to hurt.

“There’s no way I’d ever sit under a leader that speaks death over his congregation! He’s Pro DEATH,” Stanton added. 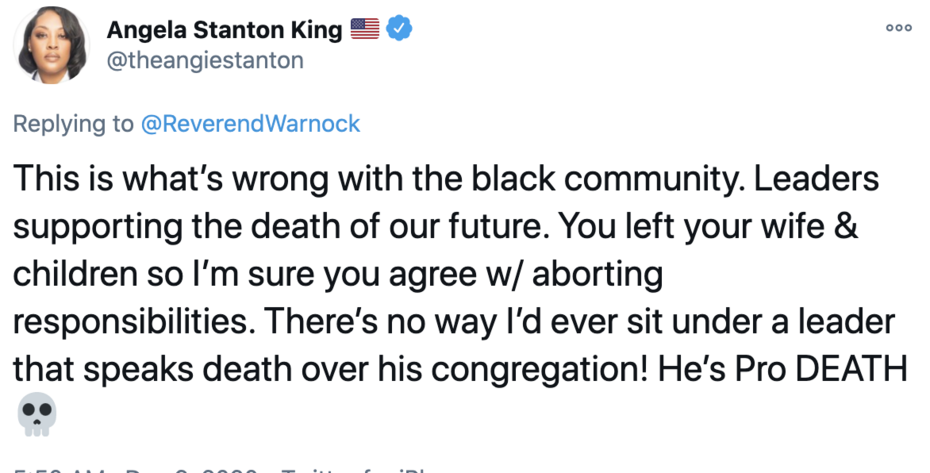 We are sure glad some folks are calling pro-choice Christians what they really are: fake Christian hypocrites who are ok with letting women tear their own children limb from limb.