If you looked at Hollywood Twitter this morning, you might think that the media has finally found the key to getting Trump out of office. Though, who are we kidding? That’s the new narrative everyday. 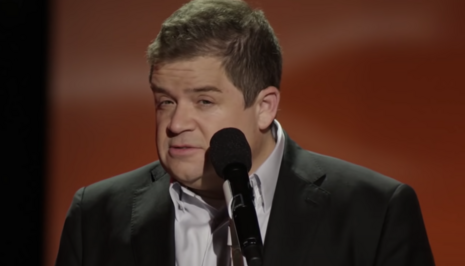 On Wednesday, audio tape held by legendary Watergate journalist-turned-anti-Trump tabloid writer Bob Woodward made the rounds on Twitter. The tape, a recording from a February 7 interview between Trump and Woodward, featured the President saying that he intended on “playing down” the severity of the virus so as to not cause a nationwide “panic.”

Granted, this interview occurred during the early stages of the Trump administration’s Chinese virus response (when people like House Speaker Nancy Pelosi (D-CA) and former Vice President Joe Biden sat on their thumbs, badmouthing the president’s xenophobic actions), but the media jumped on the audio and pushed it as proof that Trump botched the virus response on purpose.

Entertainers like Alyssa Milano, Rob Reiner, and Patton Oswalt thought Trump’s anti-alarmist approach to handling the virus required his “arrest” and even a second impeachment.

Rob Reiner lashed out at the news on Twitter, writing: “Trump knew the deadly severity of the virus, lied to US, and continues to lie to US. Game, set, match.” Oh, game, set and match, as in this is the smoking gun that will end the presidency? Well, Reiner claims that about everything Trump does. And if Trump knew everything, perhaps his efforts to shut down travel from China, spread relief resources and keep Americans positive was the necessary response.

The always-hysterical Alyssa Milano tweeted that it is time for a second impeachment of the president. Why not? A vague quote from the president got the left their first impeachment attempt. Linking to the Woodward audio clip, Milano wrote, “Impeach him again. #TrumpMustResign.”

Militant anti-Trump comedian Patton Oswalt asked for Trump’s arrest, tweeting, “So... we arrest him, right? Someone arrest him? Criminal negligence? Nearly 200,000 dead? Arrest him? Right? Right? Anyone?” Sure. A Hollywood lib calling for the president’s arrest based on a quote positioned to sell a book. That’s new. Not!

Comedian Michael Ian Black described Trump’s failure: “What’s so nuts is that this was a golden political opportunity for him to demonstrate resolve, strength, toughness, all qualities he supposedly possesses. All he had to do was lead. He couldn’t do it.” Sure. And even if he responded perfectly, Mr. Black’s tweet from today wouldn’t have been any different.