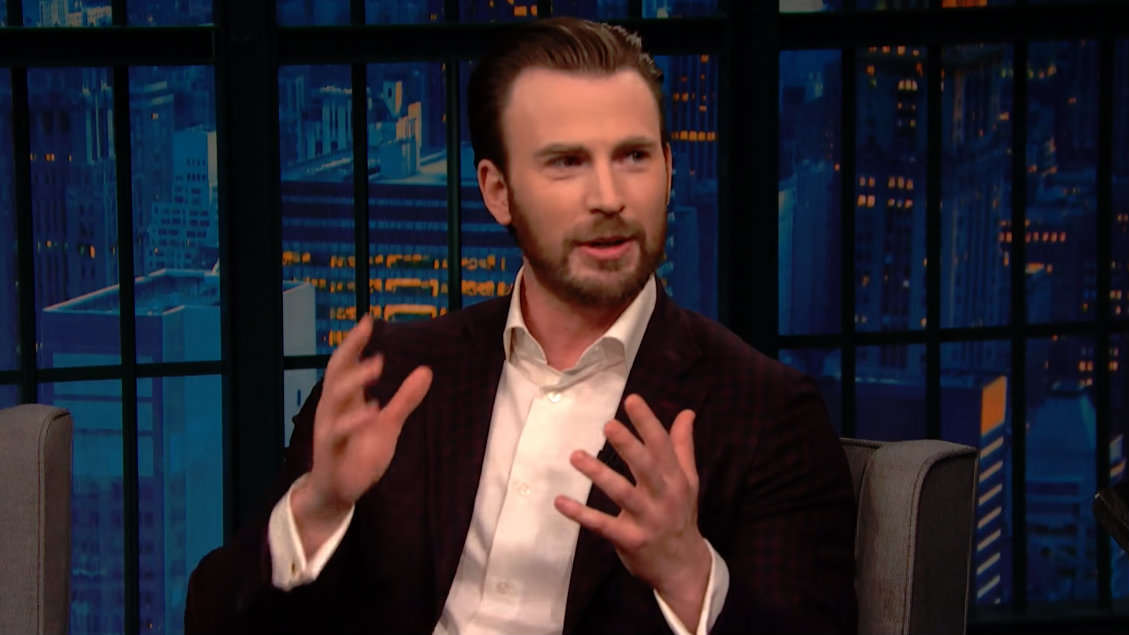 No way! No one is over hyping this coronavirus, much less weaponizing the hysteria for political purposes. Famous Hollywood people may be tweeting that the solution to coronavirus is removing President trump from office, but hey, that’s just being pragmatic and somehow in line with proper disease prevention … right?

Yeah we’ll go with that. That’s how movie industry folks are contributing to the safety and peace of mind of their fellow countrymen, by saying that despite washing their hands and self-quarantining, the ‘toxic’ Trump administration is killing us either way and he must be “removed.”

Rob ‘Meathead’ Reiner tweeted that the only way for the U.S. to heal from coronavirus was to remove Trump as this was somehow his fault. The director of When Harry Met Sally tweeted, “We will get through this. But unfortunately not with the help of this President. First he must be removed from the public square to let competent experts take over, then he must be removed from office to allow US to heal.”

You have to wonder whether Mr. Reiner is happy that he finally gets the closest thing to the Trump doomsday scenarios he tweets about everyday.

Rosie O’Donnell retweeted yet another dig at President Trump’s mental health in this time of crisis, (she’s one to talk) and demanded, “remove trump now #25AmendmentNow.”

Documentary-maker Michael Moore plugged his latest emergency podcast broadcast with a pathetic appeal to big government intervention in this time of crisis. He tweeted, “‘O Government, Where Art Thou?’ We are just days away from seriously hitting the fan. Hospitals r going 2 b overrun. We’ve missed the widow 2 stop this. Now, the deluge. God help us. Listen.”

Of course Trump’s conservative government not wiping every budding socialist’s runny nose amounts to doomsday for folks like Moore. It’s funny that he mentioned God in his post, because we all know that big government plays that role for this Bernie bro. 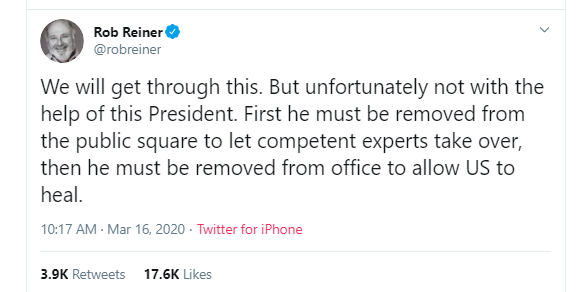 Avengers star Chris Evans tweeted, “The president just ran off stage after his rambling press conference without answering a single question. America wants answers. America wants leadership. America doesn’t want a president who runs off stage during a crisis and lets Mike Pence do all the talking.” Whatever, Chris. And America wants you to remember that you play a hero on camera, that’s it.

Ah and of course “Tehran Rose” graced us with her appraisal. Actress and Weinstein accuser Rose McGowan tweeted, “And we have a toxic leader during scary times. The media and Hollywood built him up for years, now they regret it, but it’s too late. Now what do we do?” Well remember, Tehran Rose used Twitter to grovel to the Iranians after Trump ordered the killing of terrorist-at-large Qassem Soleimani.

Point is, these folks are all crackpots who would rather gain political leverage rather than promote peace and stability in a time of crisis. It would be wise for the CDC to include “Ignore Hollywood Ignoramuses” on their official list of precautions.