For the few folks still wondering why the Democrats are not doing so hot this election cycle, could it have anything to do with the fact that sham impeachments and drag queens are their priorities these days? 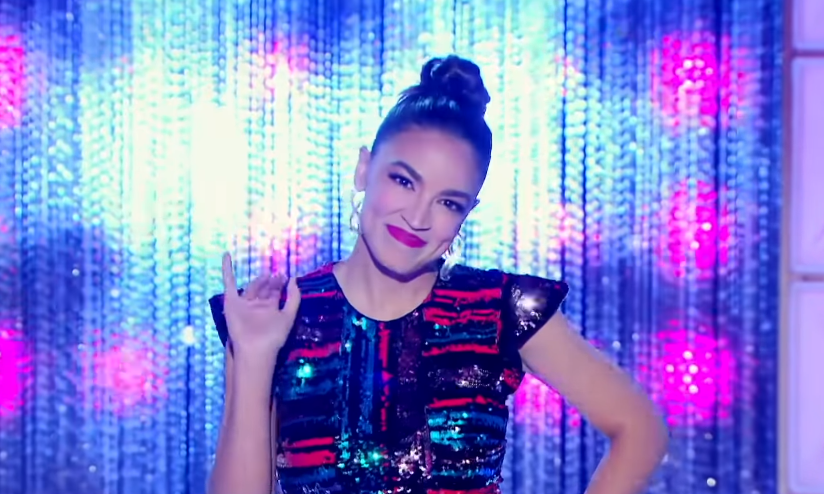 Gay media outlet PinkNews.com was all giddy with excitement on Thursday as they announced that the de facto leader of the Democrat Party, Rep. Alexandria Ocasio-Cortez, will be a guest judge on RuPaul’s Drag Race. Let’s just hope she knows more about drag than she does economics.

“Milton Keynes” would agree with that sentiment, if he were real, that is.

The AOC news came as the popular Bravo show announced details about its upcoming twelfth season, which is incorporating a patriotic theme. PinkNews wrote, “RuPaul has given the season a red white and blue theme, promising to ‘defend the US of shade” -- “shade” being a queer culture play on “US of A.” You get it, it’s stupid.

In keeping with patriotic drag, PinkNews had to get the most well-known progressive American politician on the show to sign off on it. Of course, Ocasio Cortez looked quite excited to be on the set. She’s also a huge fan of drag queens. In 2019 a video of her meeting drag queen Sasha Velour went viral. Velour called AOC “THE revolutionary of our time.”

AOC got her very own Drag Race guest judge social media teaser trailer. Doing her best to look fierce in a multi-colored sparkly sequined dress, the young freshman congresswoman from the Bronx asked fans to “Join the Ru-volution.”

She added, “I’m Alexandria Ocasio-Cortez and I pledge allegiance to the drag.” Wow, that’s so clever. How fitting that lefties show more respect to the idea of cross-dressing than the American flag. The caption from the show’s tweet stated, “#DragRace premieres 2/28 at 8/7c on @VH1.”

AOC wasn’t the only big star announced as a guest judge for season twelve. The outlet reported that “Whoopi Goldberg, Chaka Khan, Jeff Goldblum, Robyn and Normani will all take turns behind the judges’ table.” Westworld actress Thandie Newton and Star Wars star Daisy Ridley will be joining them as well.

AOC isn’t the first Democrat congresswoman to appear on Rupaul either. In 2018, the at-the-time House Minority Leader was a guest judge as well. Nancy Pelosi's cringeworthy tweet about the gig still gives us nightmares to this day: “All I can say is, you betta werk! Had a fabulous time with @RuPaul and good luck to all the queens. #DragRace.”

After all, what's more American than drag queens and Ocasio-Cortez? Well, literally anything else.