You know what they say about a broken clock being right twice a day. Actress and Weinstein accuser Rose McGowan is nine times out of ten an insufferable lefty, but she served up such a searing indictment of Hollywood hypocrisy that we’re going to cheer for her today. 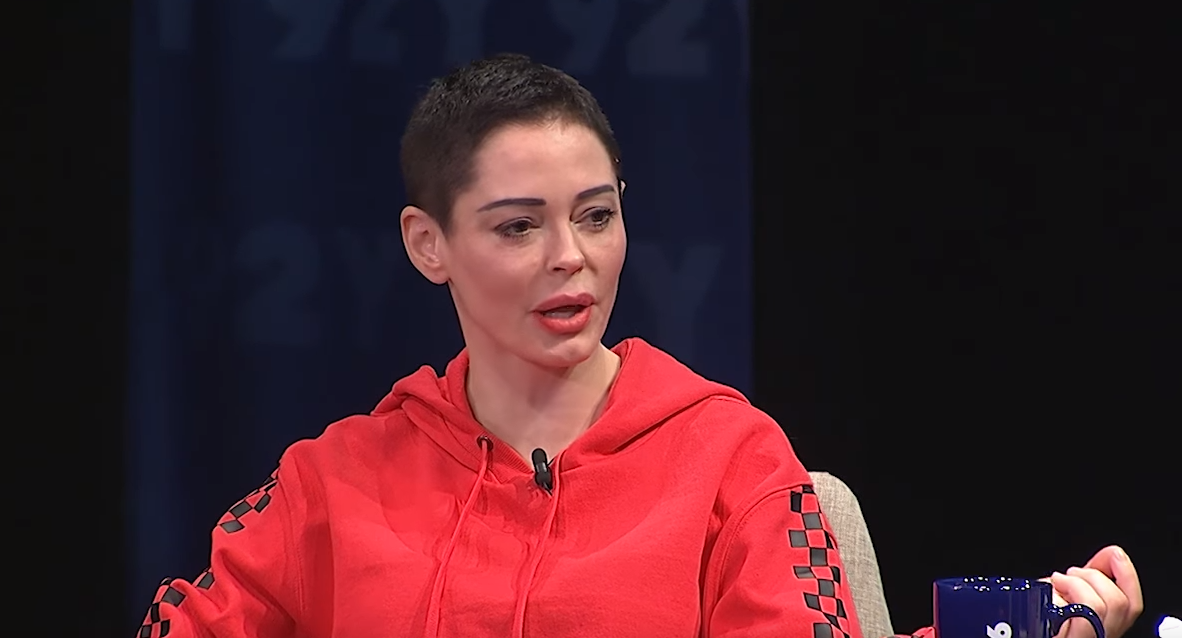 McGowan had quite a bit to say about Hollywood’s biggest night of the year this past Sunday during the Academy Awards. As we all expected, the grandstanding and moral lecturing from the talent was at a fever pitch, but what we didn’t expect was that one of their own would go after Natalie Portman’s grandstanding so aggressively.

Mirroring conservative commentators on Twitter following the awards show, McGowan called Natalie Portman a “fraud” for wearing a Dior dress embroidered with the names of the female directors who weren’t nominated for any Oscars this year.

Of course, Natalie told flattering journos that it was part of her crusade to bring awareness to sexism in the movie industry. McGowan blasted her via Facebook for paying mere “lip service” to women. The actress claimed, “What is it with actresses of your ilk? You ‘A-listers’ could change the world if you’d take a stand instead of being the problem.” Rose wasn’t pulling any punches.

“Yes, you, Natalie. You are the problem. Lip service is the problem. Fake support of other women is the problem.” Now, of course, we’re not going to judge Portman’s intentions as complete BS, but it’s hard not to agree with McGowan’s sentiment when so much of Hollywood’s “activism” consists of them promoting degenerate progressive material in movies, lecturing the people who don’t get it during awards shows, and/or wearing symbolic pins for iffy causes like the mythical wage gap and calling it hard charity work.

It’s also hard not to argue with the point that several conservatives made via Twitter. Herald Sun reporter Rita Panahi tweeted, “Natalie Portman’s production company, Handsomecharlie Films, has only released movies directed by men & by Portman. She could use her considerable influence to elevate female directors but instead swans around in a Dior cape…”

But we’ll let Rose’s critique speak for itself. She added, “I was at a Women in Film event that you spoke at once, Natalie. You reeled off depressing statistics and then we all went back to our salads. I quickly realized you and the other women speakers (and that joke of an organization) are just… frauds. You say nothing, you do nothing.” Ouch.

McGowan has considered herself a voice for female empowerment since speaking out against famed Hollywood producer and predator Harvey Weinstein, who she claims raped her. She’s also got a crazy lefty streak in her that had her tweeting hysterical apologies to the Iranian regime after President Trump ordered the killing of terrorist Qassem Soelimani last month.

Still, “Tehran Rose” concluded her rebuke of the Star Wars actress, saying, “Stop pretending you’re some kind of champion for anything other than yourself. As for me, I’ll be over here raising my voice and fighting for change without any compensation.” Well, like we said, broken clocks are right every once in awhile.