With all the lamentations of Trump’s divisiveness, one would think that last night’s closing debate question about “civility” and candidates’ friends from across the aisle would be a nice change of pace, or at worst a hokey diversion. Well not for the Hollywood left. Any show of bipartisan civility stands in the way of the leftist agenda and should be cast aside. 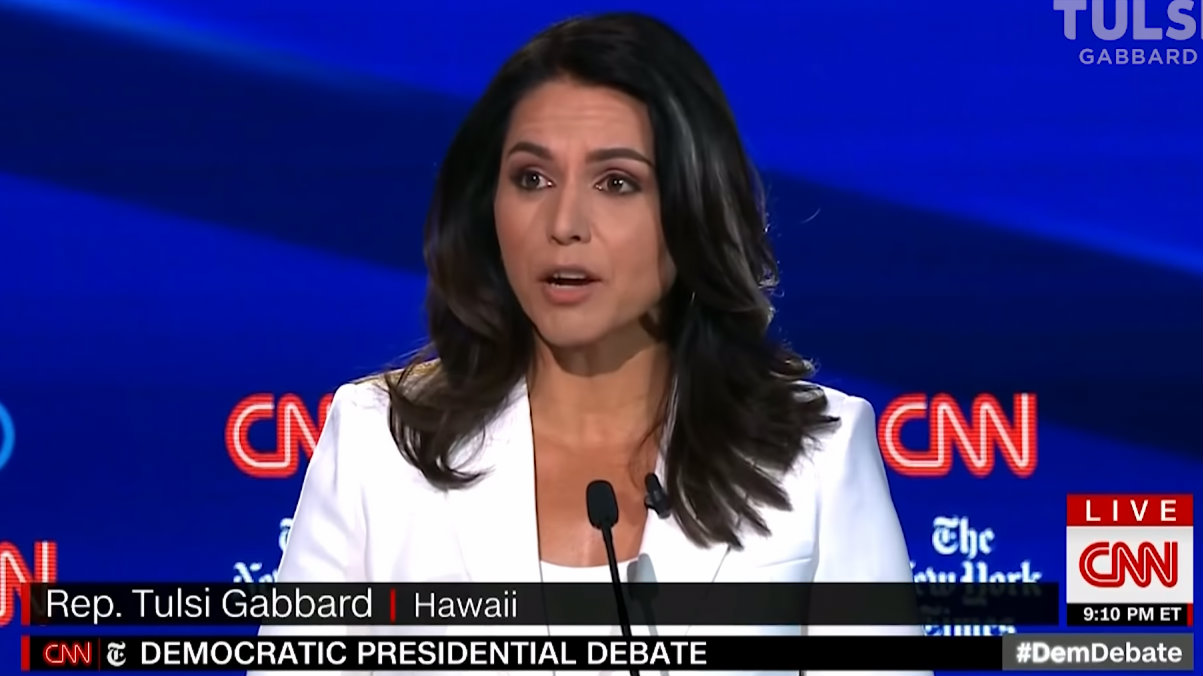 Hollywood outlet Variety put out an obnoxious piece after the CNN/New York Times Democrat Presidential Debate that skewered the attempt at civility shown during the closing minutes of the event. Debate moderator and CNN host Anderson Cooper’s final question referenced Ellen DeGeneres’s display of civility with Former President George W. Bush and asked each candidate to weigh in on their own across the aisle experiences.

“In that spirit, we’d like you to tell us about a friendship that you’ve had that would surprise us, and what impact it’s had on you and your beliefs,” Cooper encouraged, thinking it would amount to some niceties for once.

Variety’s cynical lefties were not amused. They accused the stunt of “derailing” an “otherwise substantive debate,” (sure) and that this “disappointing” and “vague attempt at humanizing the candidates” was getting in the way of real issues.

Variety claimed, “this was the final question on a night in which the increasingly urgent issue of climate change only came up when candidates sporadically brought it up … it was a disappointing choice to end on a strange softball when there was still at least one giant elephant in the room waiting to be addressed.”

Not only were the sacred Climate Doom Prophecies “derailed” by appeals to human decency, Variety also had an issue with the idea that DeGeneres’ friendship with George W. is something to emulate. After all he is a Christian anti-LGBTQ bigot and she’s the gay Dalai Lama.

The piece defended the blowback that Ellen received over her social media post of her and the 43rd president enjoying a football game together. It claimed, “she’s a gay liberal who claims to be progressive and yet appeared to be friendly with Bush,” who “supported harmful anti-LGBTQ legislation and started a catastrophic war that continues to claim thousands of casualties.”

The angry radical lefty Mark Ruffalo entrenched himself in the hate the same way when he criticized DeGeneres, tweeting, “Sorry, until George W. Bush is brought to justice for the crimes of the Iraq War… we can’t even begin to talk about kindness.” Check it, posers. That’s called the high road.

Variety’s staffers must have suffered a stroke when Representative Tulsi Gabbard (D-HI) answered Cooper’s question with an anecdote about her friendship with former South Carolina Republican congressman Trey Gowdy that’s “based on respect.” She also stated that she doesn’t see “deplorables, I see fellow Americans.” No wonder that for hateful lefties, this question went way beyond the pale.