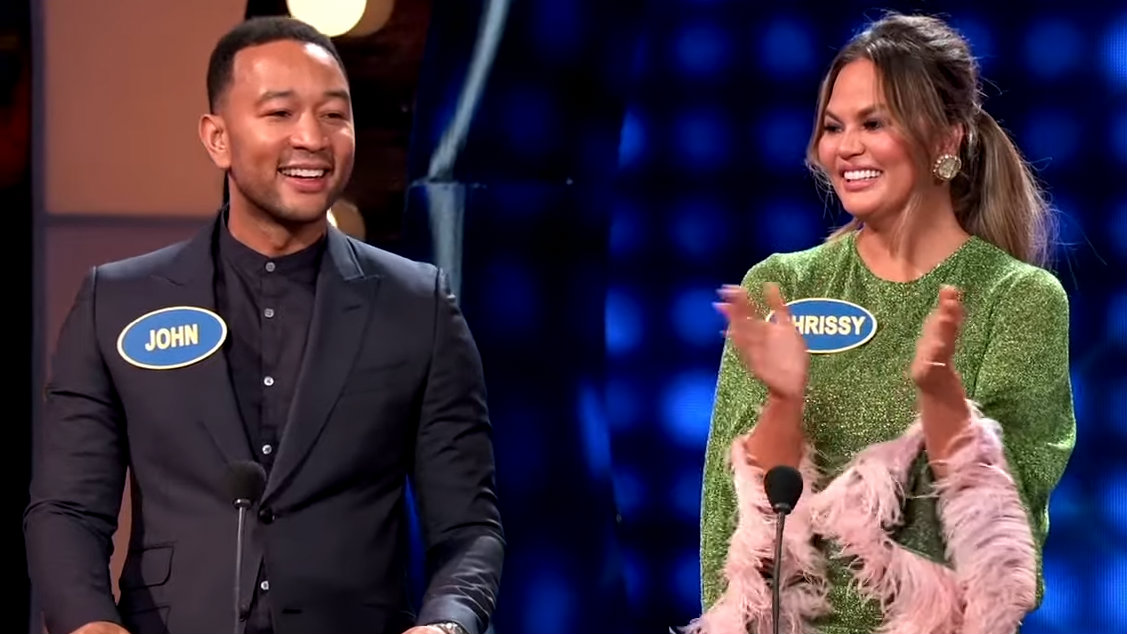 The Legend family sure loves their war of words with President Donald Trump. Sure, musician John Legend and his model wife Christine Teigen will tell you otherwise and say that the president is the instigator, but here they are, adding more fuel to a petty dumpster fire that we all thought ended weeks ago.

During NPR podcast “It’s Been A Minute,” the Grammy-winning “All of Me” singer reflected on he and his wife’s earlier Twitter-feud with Donald Trump and added more chiding insults into the mix, like the fact that Trump is “threatened” by strong women.

Last month, President Trump blasted Legend and his wife for not crediting him with pushing for Criminal Justice Reform legislation during an MSNBC town hall. Trump has been quite vocal about his promotion of the bipartisan bill with high profile co-sponsors like CNN’s Van Jones and Kim Kardashian.

At the time, Trump tweeted, “A man named @VanJones68, and many others, were profusely grateful (at that time!). I SIGNED IT INTO LAW, no one else did, & Republicans deserve much credit.” The president then blasted Legend and Teigen as those who took the praise, tweeting, “Musician @johnlegend, and his filthy mouthed wife, are talking now about how great it is — but I didn’t see them around when we needed help getting it passed.”

Thus was the president’s latest celebrity Twitter feud. Teigen — who told Ellen DeGeneres that her “eyes filled up with water” because she was so angry — blasted Trump, calling him a “pussy ass bitch.” Yeah it was all super mature.

When asked by NPR to elaborate on the feud on Tuesday, October 1, Legend dragged the President once more. He claimed that Trump was “mad that we didn’t talk about him and we didn’t actively praise him.” He then launched into a searing mockery of the president’s character, and an indirect sexist pass at the women in his life.

Legend stated, “By the way, my filthy-mouthed wife, she had nothing to do with the show. He just wanted to mention her because I think she’s been a foil to him in the past.” Legend dug in, adding, “I think he’s always threatened by women that have their own voice and aren’t submissive to him.”

Without the proper context, that all may sound petty on Trump’s part and brave of Teigen. But the couple are pretty petty in their own right. First, Teigen and Legend are such Trump haters that if the president single handedly cured cancer, they’d find some way to praise the groundbreaking discovery without acknowledging him, and Teigen sure ain’t no brave, righteous gal.

After all, Teigen has been blocked by Trump on Twitter for tweeting stuff like, “@realdonaldtrump hey! been a while. I fucking hate you,” among other nasty vile things. Is calling her “foul-mouthed” that far off the mark?