Apparently last night’s Oscars weren’t woke enough for some devout lefties. Despite jokes at the expense of Donald Trump, several mentions of the plight of immigrants, and of course some race-baiting from director Spike Lee, Daily Beast writer Kevin Fallon claimed that the show “made the case for its own irrelevancy.” 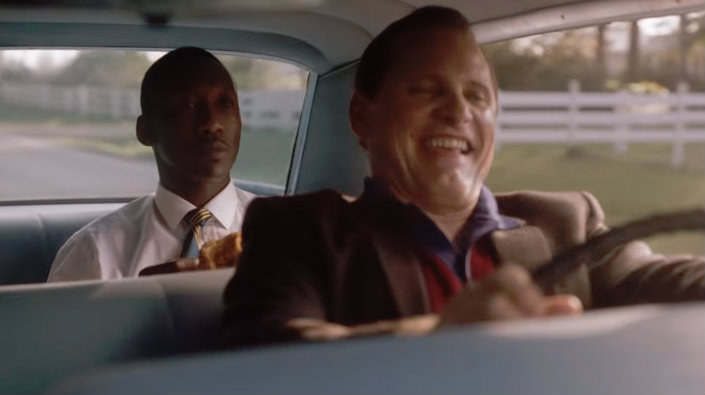 Now, having the Academy Awards fade quietly from pop culture currency and the national attention would be a blessing. But not for the same reasons Fallon has. He’s upset that the two films that won the evening’s biggest awards weren’t completely doused in grade-A victimhood politics and set on fire.

Fallon dabbled in some of that now-classic Spike Lee sore-losership, when he admitted he was at a loss as to why which flick won what. He claimed, “It’s hardly unusual for bad films to win Oscars, but there is something glaring about Green Book and Bohemian Rhapsody’s dominance this year.” Spoiler alert: It wasn’t necessarily based on the quality of the movies awarded, but because they weren’t preoccupied with stoking the audience's political guilt.

We knew this moment would come.…

Fallon was not happy with Best Picture winner Green Book, the feel good movie about a white driver/ bodyguard and African American musician developing a friendship through their professional relationship in the Jim Crow-era south. He wrote that “It is patronizingly glib and anodyne about those complicated issues, and engages in clichés with such gleeful confidence it’s almost as if the filmmakers had a checklist.” Well, so what? Can’t a movie just tell a story without the baggage of darkness and racial guilt that “speaks to our current racial tension?”

Blackkklansman and Black Panther were nominated for their political weight, and presumably Fallon would have been fine with either of them winning. But what if Green Book was actually a better movie than all the others? Doesn’t matter. Fallon thought it too white-splainy: “The optics of that are worse considering that the entire team behind the film, save for producer Octavia Spencer, is white.” Sounds a little racist of you there, man.

As far as Bohemian Rhapsody goes, it just wasn’t gay enough for a Daily Beast writer. Fallon wrote, “it leers at homosexuality, but purports to actually champion the LGBTQ community because it is bringing representation to the masses. That’s certainly a familiar fallacy.” Well, wouldn’t that be the point when delving into Freddie Mercury’s perspective on homosexuality in days when even he knew it wouldn’t be celebrated? But for Fallon, if the period drama isn’t doused in 2019 LGBTQ progressivism, it doesn’t deserve the success. The story of Freddie’s life, of which his hedonism was only one small part, be damned.

As such, Fallon claimed that “Little of it was memorable. Want people to care about the Oscars? Produce a show worth caring about.” In other words, find a host, and double down on the political BS that he and his alt-left friends love, and that the rest of the world absolutely hates. They really just don’t get it.