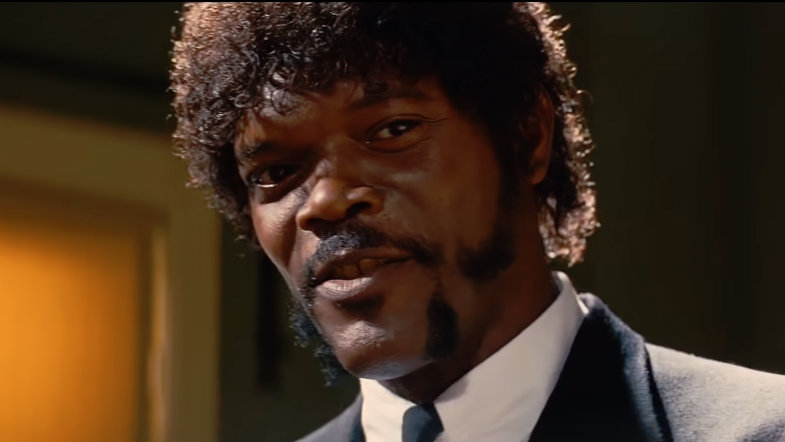 Jackson, who like the rest of his constituents is very annoyed by the existence of President Trump, composed a Twitter post on Monday praising Rashida Tlaib’s recent antics. The celebrity claimed Rashida’s public statement that she would fight to “impeach that motherfucker” embodied a “clarity of purpose” that he could “wholeheartedly endorse.”

Jackson wrote, “@RashidaTlaib I just wanna Wholeheartedly endorse your use of clarity of purpose when declaring your Motherfucking goal last week. Calling that Muthafukka a Motherfucker is not an issue, calling that Muthaffuqa president is!!! #motherfuckeristogoodtowasteonthatcankersore.” 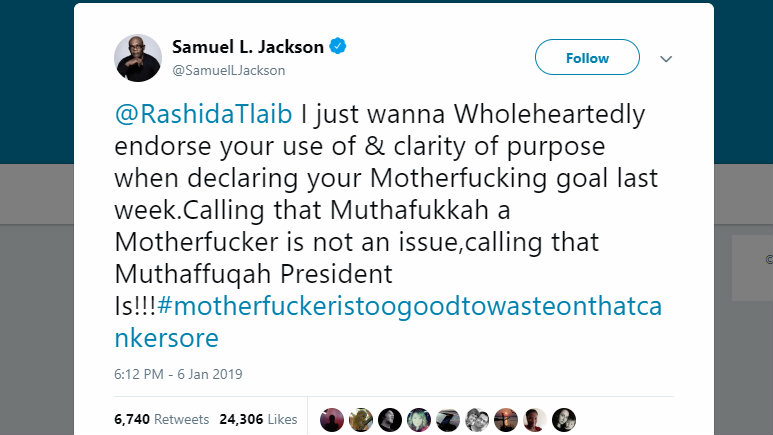 Samuel L. Jackson clearly is no fan of President Donald Trump. Back in December of 2015, the Avengers and The Hateful Eight actor told Jimmy Kimmel that he would leave the country if Trump was elected. Using his favorite profanity he claimed, “If that motherfucker becomes president, I’m moving my black ass to South Africa.”

The left is rebutting the Rashida Tlaib backlash with the talking point that conservatives can’t stand a bit of vulgar slang like a bunch of snowflakes, especially when Trump has a “history of racist comments.” Even so, the problem isn’t that she’s got a foul-mouth, it’s that she’s pushing to impeach Trump without any evidence. She is a prime example of the radical left’s hatred for conservatives and the shameless gall with which Democrats attempt to erase the 2016 election.