‘Respect We Much!’ Sharpton Attacks Trump with Aretha Song 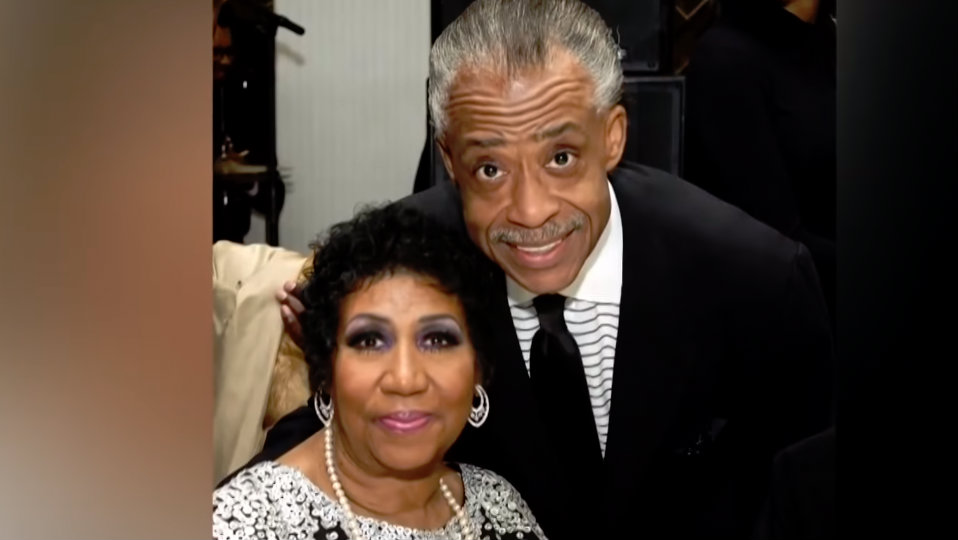 Famous race-baiter Al Sharpton has been reflecting on Aretha Franklin since her passing yesterday. Apparently he found that the best way to honor her legacy was using it against his political opponents like President Donald Trump.

As Sharpton took a daytime stroll through the streets of Manhattan, TMZ reporters approached the pastor and asked him about how he felt regarding the death of the “Queen of Soul.” Sharpton replied, “It’s sad, but she went out with her dignity intact. She went out with dignity, she went out in a way that the world can celebrate her.”

“She was a queen all the way til the end.” He also mentioned that she was an “extreme trailblazer” for African Americans in the civil rights era, and reminisced about how she was one of the first black women to appear on the cover of Time Magazine. She never sold out, and was always just Aretha, bringing her own “flavor of Gospel” into the pop culture arena.

So far so good, but old “Freddy’s Fashion Mart” Al couldn’t let it go without tossing a fire bomb at Trump. The reporter asked Sharpton what his favorite Aretha song was, to which he replied “Respect.”

Then he said, “In an era where some people are calling women dogs, ‘Respect’ is needed to be heard. We ought to play the president Aretha’s song, ‘Respect.’”

Yeah, Sharpton’s the kind of guy who’s never been afraid to put blame for any problem or cultural sadness on conservatives or white people. For Sharpton and many others suffering from official diagnoses of TDS (Trump Derangement Syndrome,) Donald Trump has been the face of this ancient evil. And they will never let up until all of America unites to throw him out of office.

Any antagonistic or controversial action the president takes, regardless if it’s a response to lies, slander, and opportunistic media saboteurs like Omarosa Manigault, will be derided by these creeps. And for race-baiters like Sharpton, such behavior is not only undignified, but symptomatic of an racist individual, who casually peddles hate.

But turning the death of Aretha Franklin into a condescending political lecture, yeah that’s the height of class. Thank you for protecting America’s conscience, Reverend.