While several prominent science and tech gurus moonlight as liberal mouthpieces for the mainstream media, there’s one tech giant who might be on the path to forming his own opinion as to how dishonest journalism has become. 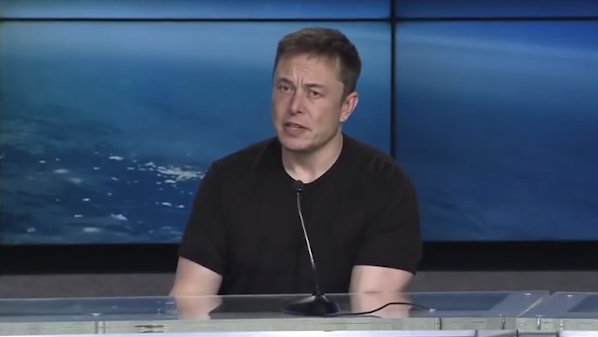 Spacex and Tesla CEO, Elon Musk made his social media mark this past Wednesday, engaging in Twitter combat with journalists and other members of the media over what he has seen as irresponsible reporting.

Musk, responding to what he’s viewed as unnecessary reporting bias against him, started his Wednesday Twitter rant by proclaiming, “The holier-than-thou hypocrisy of big media companies who lay claim to the truth, but publish only enough to sugarcoat the lie, is why the public no longer respects them.”

USA Today reported that Musk’s “Twitter tirade came as Tesla faces scrutiny for multiple crashes due to the potential failure of the company’s partially self-driving system, known as Autopilot. He complained that traditional auto companies don’t get enough scrutiny for the dangers of their vehicles, which he says are worse.”

The article also mentioned that Musk has been facing pressure from the media in the ramp up to the production of his new Tesla Model 3 car, with many publications highlighting the company’s manufacturing issues.

Musk continued his anti-media attacks on the social media platform, prompting several dissenting reporters and Fourth Estate apologists to deliver what they deem the knockout blow: they accused the billionaire of sounding like Trump.

The Verge’s Andrew Hawkins tweeted, “Musk continues his slow transformation into a media-baiting Trump figure screaming irrationally about fake news. Hope it works out for you dude!”

Musk wasn’t budging, though. He tweeted at Hawk, “Thought you’d say that. Anytime anyone criticizes the media, the media shrieks, ‘You’re just like Trump!’” He continued, “Why do you think he got elected in the first place? Because no one believes you anymore. You lost your credibility a long time ago.”

Still, Elon wasn’t finished. He stated, “The media has earned this mistrust. But maybe there is a solution.” He publicly considered establishing a journalism credibility database, tweeting, “Going to create a site where the public can rate the core truth of any article and track the credibility score over time of each journalist, editor and publication. Thinking of calling it Pravda …” He then posted a public poll to Twitter asking whether such a site would be beneficial or if people are still on the media’s side. One of his latest tweets indicated -- surprise! -- the media are losing..

He remarked, “Amazingly, the ‘media is awesome’ vote is declining, despite hundreds of articles attacking this very poll.”

Welcome to the light side, Mr. Musk.