As ‘Scandal’ Comes to a Close, ABC Show Continues to Mock Conservative Values 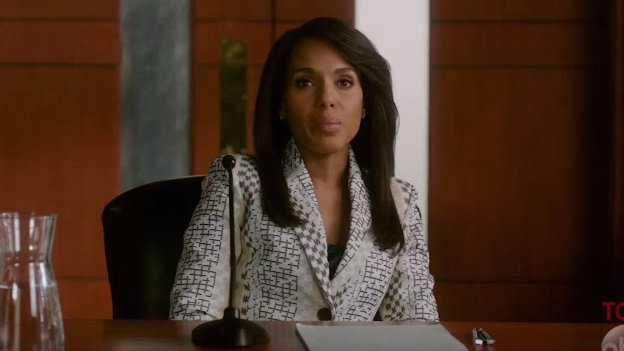 ABC’s Scandal will be finished at the end of its seventh season. Here’s hoping the door doesn’t hit this morally bankrupt ABC trash on the way out. Many Americans will remember the show for its flagrant pushing of the envelope when it came to excoriating conservative principles, and pushing moral themes that were, at the very least, avant-garde. Still, what can you expect from a TV show named Scandal, that also happens to air on the unapologetically liberal ABC network?

It’s probably necessary to give the program a proper send-off after all these years of disturbing moral messages, so here’s a list of ten of the most Scandal-ous moments from the TV series. It includes all the classics, such as Scandal's shameless promotion of Planned Parenthood, its not-so-subtle gun control propaganda, and its joyous mockery of Trump supporters as redneck thugs.

The most disturbing moment in Scandal’s history, and quite possibly one of the most disturbing moments ever in broadcast television was in the episode “Baby It’s Cold Outside.” It’s a twisted portrayal of an abortion procedure set to the Christmas classic “Silent Night.” The juxtaposition of the song’s soothing melody with the murder procedure lended to a darkly ironic sense of peaceful release as the atrocity was committed. What was also sickening was that the main character receiving the abortion could be seen to almost crack a smile of contentment as her baby was being ripped apart offscreen.

Scandal doesn’t shy away from abortion issues, as creator Shonda Rhimes is a liberal abortion extremist, and her love for Planned Parenthood was clearly the inspiration behind “Baby it’s Cold Outside.” Apart from the aforementioned explicit abortion procedure, this episode also featured a female junior senator fighting to keep taxpayer dollars flowing to Planned Parenthood.

Senator Mellie Grant was portrayed as an intrepid young crusader who stood up to the old white politicians who were seeking to put funding for Planned Parenthood on a spending bill’s discretionary column, meaning that it could be cut at anytime. At least that’s how the show depicts how these things work. Sen. Grant provided a melodramatic filibuster during a court hearing, saving the abortion providers from being defunded.

The episode was one big, shameless plug for America’s largest abortion mill. Planned Parenthood head Cecile Richards personally thanked Shonda Rhimes via Twitter, saying, “Thank you @shondarhimes for bringing this incredibly important issue to the bajillion people watching. @Scandal.” If a good ol’ pat on the back from Planned Parenthood isn’t enough to make decent people throw their TV sets into the backyard pool, what is?

In the episode titled “The State of the Union,” fictional president Fitzgerald Grant gave a State of the Union address to the nation on firearm restrictions, with the eerie echo of the modern gun control movement in his speech. He touted the same emotional plea employed by liberals, stating that there is a gun problem by which thousands of people lost their lives “in a completely avoidable way.” Grant’s lecture claimed the right to bear arms is all well and good, until “you’re covered in blood, watching a little girl take her last breath, watching the light go out of her eyes.” 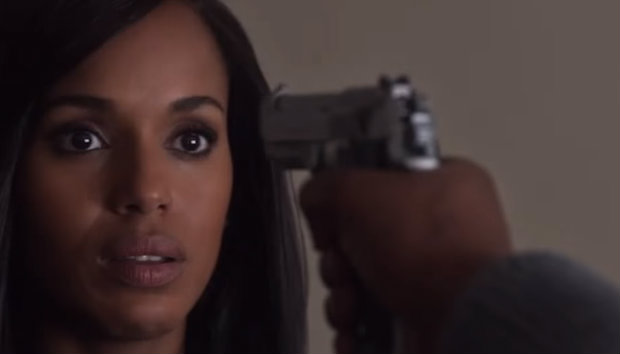 Now maybe this was a just hyperbolic satire on the part of Scandal’s producers, however, President Grant’s lecture sums up the radical left’s real-world gun control beliefs in one anecdote, complete with a twisting of the Constitution’s meaning to make the necessity of guns seem, well, stupid. Mentioning that the right to bear arms was installed in the constitution, Grant slipped in a quick, “So was slavery, by the way.” Dumb, right? But that’s how ABC wants viewers to think.

Speaking of gun control, the episode “Good People” created a scenario in which a desperate, out-of-work, and soon-to-be father befriended a Sears store clerk, in an attempt to buy an unregistered gun. The father bonded with the clerk over hatred of “D.C. snooty types,” and the prospect of “fighting the corporate system,” and was able to convince to the clerk to sell him a weapon under the counter.

They concluded the transaction, mentioning that the purchase was in their interests as freedom-loving Americans. The clerk mentioned that maybe he could help the father purchase something even a little more potent, “Maybe something larger too. Some real firepower to keep you safe.”

Of course, this kind of amped-up fictional scenario really spoke to the viewers who believe that it’s so easy to buy an assault weapon at anytime, without sufficient background checks. This casual transaction attempted to comment on the real fear that many liberals have: that there are desperate crazies out there who will get guns at any cost. Hey, if the world really worked that way, then maybe we should all be scared.

One of Scandal’s particularly lewd episodes is called “Fates Worse Than Death.” Rhimes is of course a diversicrat, saying of her show, “I believe that everyone should get to see themselves on TV. EVERYONE.” Well, in this episode, Shonda’s inclusionary principle was blatant to say the least. It included an entire plotline dedicated to a gay man and his relationship with a male prostitute. 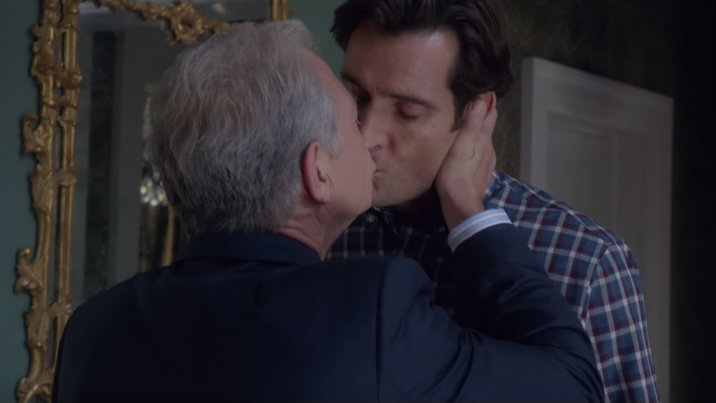 The male lovers are shown kissing, talking of “craving” one another, and even one going down on the other. In Shonda Rhimes own words, this is called “normalizing. I make TV look like the world look.” Well, Shonda, I guess a wide audience should feel privileged to see scandalizing sex acts, all because about 3% of the population enjoys them.

For the neo-feminists and racially thin-skinned audiences out there, Scandal’s “Dog-Whistle Politics” understands your pain in dealing with a sexist, victim-shaming society. The episode addressed the problem of coded slurs, or as the characters call them, “dog-whistle politics.” This phrase encapsulates those words, which, when used pointedly towards a powerful woman of color (as shown in this episode) come off as thinly-veiled hate speech. The episode mentioned about fifteen of them.

Warning: Use of any of these terms towards a successful African American women can be counted as a hateful microaggression. They are: “lucky, sassy, ambitious, well-spoken, well-mannered, articulate, shrill, calculating, overconfident, secretive, urban, hot-blooded, known to use thug politics, arrogant, a siren.” Thank you Scandal for handing us all a guide on how to avoid social justice pitfalls.

Oh and the political commentary just gets even sharper, particularly in reference to a Trump presidency. “I See You” boasted Scandal’s very own version of Donald Trump. Named Hollis Doyle, the spoof presidential candidate was presented as a caricature of the real 45th president. He was a billionaire businessman, and you know, obsessed with “freeloading immigrants.”

Doyle was what liberals see as quintessential Trump. On the campaign trail his character enjoyed making innuendo-laden quips to female staffers, and focused his campaign on anger towards illegal immigrants. In one of his speeches, Doyle proclaimed, “And if you’re some pesky little border crosser … sad little refugee waiting for a handout … You will not be welcome. No Sir! This is America’s tomorrow, not yours!” 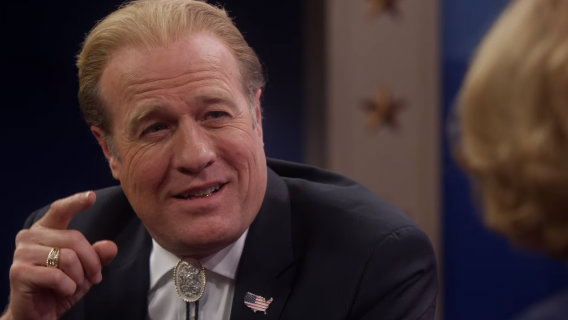 Scandal also showed disdain for the Trump supporters, really embracing the concept of racist and backward hillbilly “deplorables.” In the episode … (wait for it) “Trump Card,” Trump parody Hollis Doyle was interviewed behind the scenes concerning what he thought about his own brand of racist rhetoric. Dropping the act, Doyle claimed “I’m a businessman,” and that he was just “giving the customers what they want.” He stated that he didn’t believe in the racist stuff he spewed and that “there ain’t enough Purell in the world to make me keep wanting to shake their filthy inbred hands. I mean -- ugh! -- Country people. Am I right?”

And in the episode “Head Games,” the characters are investigating the lynching of one of Doyle’s deplorable supporters. This fictional Trump supporter nicknamed “Bobby the Bigot,” was involved in the murder of several worshippers in a church bombing. The audience learned, that after being acquitted by an all-white jury of his peers (naturally,) Bobby the Bigot was lynched by a black man in a display of racial, vigilante justice. The investigators, of course viewed this as some sort of deserved karma, and investigated ways in which they could get the black man pardoned.

One can see that these last two examples play into what ABC producers really think of middle American Trump supporters.

Also, if you’re a show pandering to liberals, you always have to throw in that Michael Brown/Ferguson reference, but it has to follow the untrue, liberal version of the story where the police officer was a racist, white murderer of an innocent black youth. Well, cross that off of Scandal’s to-do list.

“The Lawn Chair” depicted white police officer Newton attempting a apprehend a black teenager who fit the description of the suspect in an earlier shoplifting report. During the confrontation, the teen reached into his pocket for something and was shot by Newton, who interpreted the motion as a threat. More details emerged later in the episode, showing that the knife found on the boy’s body after his death was actually planted by the cop, who was just itching to pull his trigger.

This televised fantasy was probably the only thing that came close to proper catharsis for the race-baiting, police-hating Americans who thought real-life officer Wilson was a racist murderer. It’s too bad that the actual Ferguson investigation found that officer Wilson was acting in self-defense towards a violent Michael Brown. Hey, but dreaming’s free. 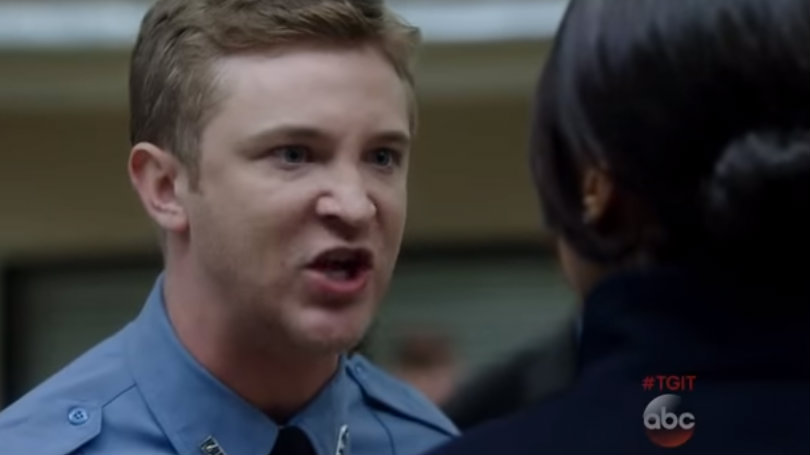 To say that Scandal incorporates a bias against conservative Americans is a gross understatement. Shonda Rhimes and her producers have created a long running program of liberal garbage that has attacked the moral decency of Americans at every turn. They’re so on-the-nose, it’s offensive. If Planned Parenthood is embroiled in scandal, then they immediately use the program for a blistering attack against those who oppose it. If the middle class is gaining traction under then-candidate Trump, then they will twist those folks into inbred racists for everyone to see on the primetime television hour. Scandal shows how the progressive left really feels about American values, and seeing what that is, we should all be relieved that this trash is not being renewed after its seventh season.