‘Mr. Robot’ May Have Tanked The Economy, But At Least He’s Not George Bush 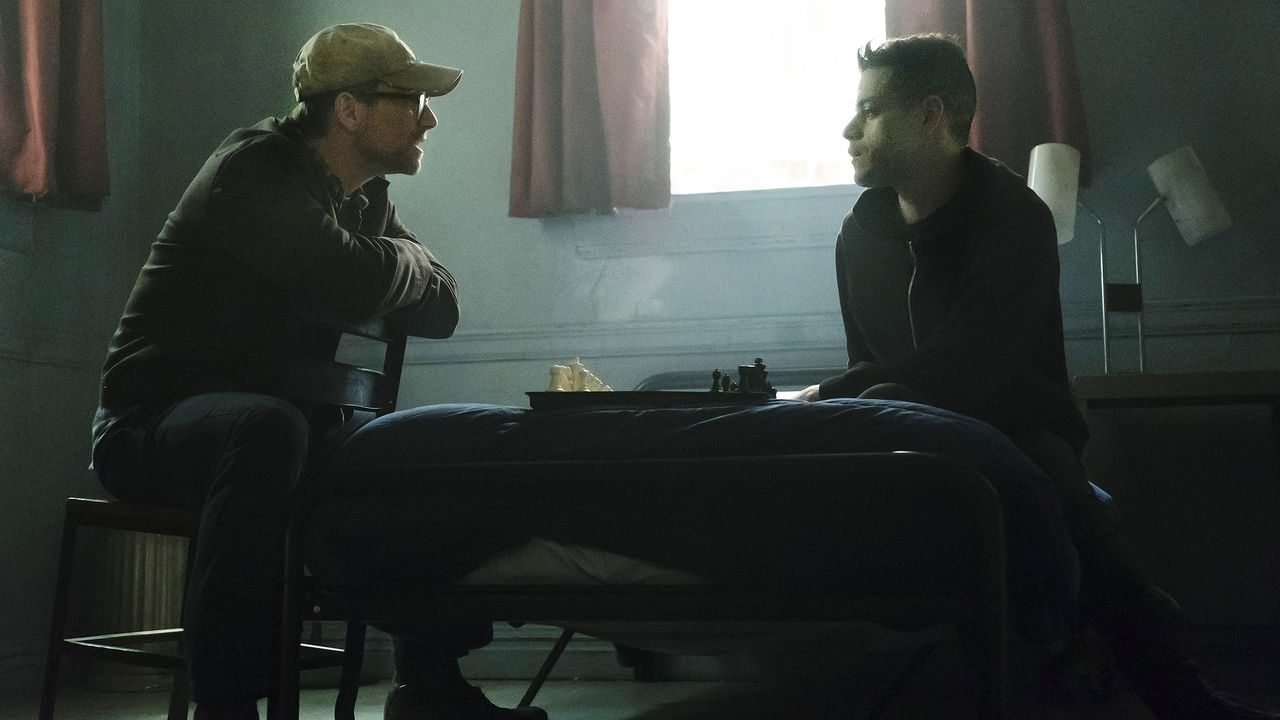 The second season of Mr. Robot returned with society having implemented its plan to wipe out debt by destroying E Corp’s records. But instead of ushering in a new, Marxist utopia, the hack causes the American economy to collapse. Small businesses are being driven under, and Americans are losing their jobs. In the midst of this chaos, at least fsociety’s members can take comfort knowing they’re still not George W Bush.

Darlene: We are in a war, and we are on the losing side of it. We are on our knees with guns to our heads, and they are picking us off one by one. Susan Jacobs, the general counsel at E Corp. Do you want to know what her nickname is inside the company? Madam Executioner, not just because she could kill any lawsuit filed against them, but because those lawsuits usually involved deaths. These are the cowards we are dealing with. We have been on our knees for too long, and it's time to stand up. Make it a four-hour SDR if necessary. Take surveillance detection stops. Go into pharmacies. Run errands. Disrupt data points. No one takes the same route back here twice. I don't want anyone burning this location. Where is everyone else?

Darlene: They were always half in.

Mobley: What--what you're doing here, Darlene, and what you're saying? I mean, you sounded like George W. Bush, for crying out loud.

Darlene: Okay, first of all, that's low. Secondly, give me some credit. The speech is bullshit, but it works. It riles them up.

Mobley: Yeah, to what end though? You know, sawing off balls, making protest signs? We were more than that. I mean, we--you know, we accomplished something. We--we took them down.

Darlene: Then why does it feel like they're still winning?

Mr. Robot: You can’t stay here. There is more work to be done. Our revolution needs a leader, and what are we doing instead? Journaling. Che Guevara is throwing up in his grave right now. You think this is gonna get rid of me? I am not to be gotten rid of. This zombie act you're pulling? It don't work on us. This control you think you have? It's an illusion.

Che Guevara was no hero. It is a sad reflection on Hollywood’s warped morality that American entertainment continues to celebrate this brutal murderer as some sort of gallant martyr for working people. In reality, he reveled in executions. “Che's second-story office in La Cabana had a section of wall torn out so he could watch his darling firing-squads at work.”

If I had to choose between these two men, I’d much rather be George W. Bush. It’s past time for Hollywood to admit the obvious: our former President is a far better man than the brutal "revolutionary" they worship ever could have been.