ABC's 'Quantico' Goes After Cruz, Tea Party, Iraq War, and Glass Ceiling - All in One Hour! 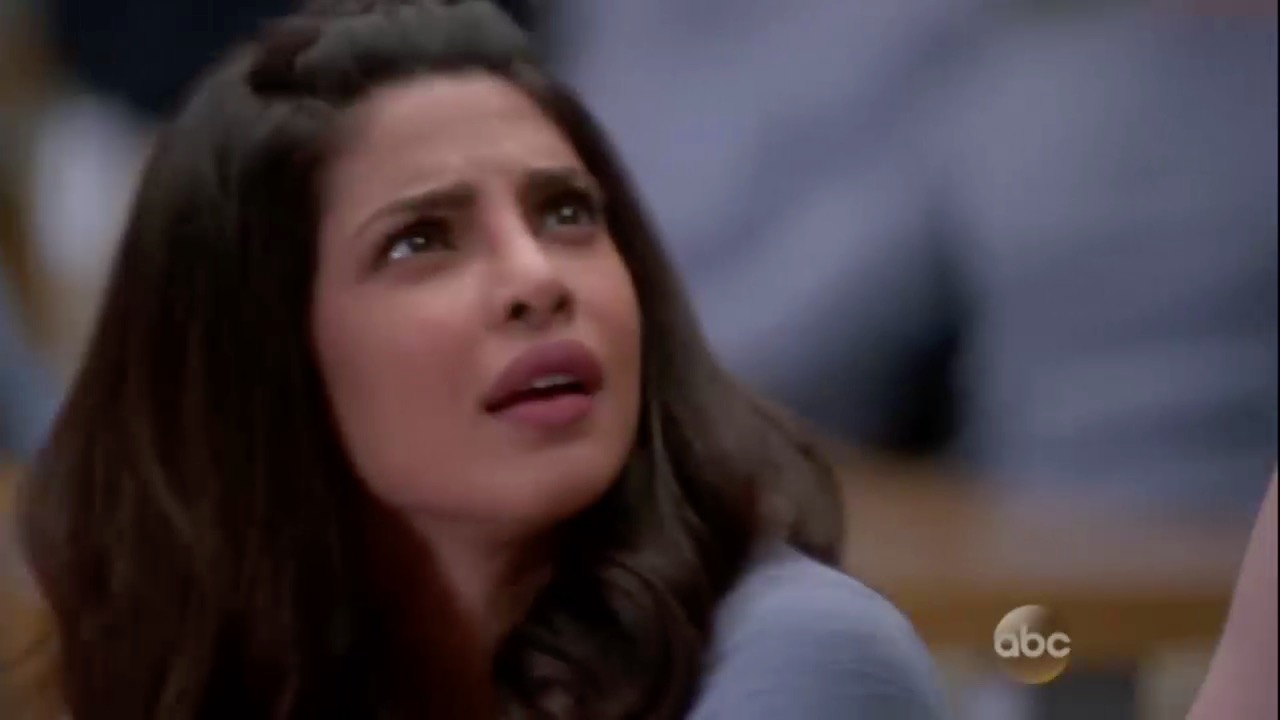 Muslim FBI trainee Nimah Amin dismisses criticism of her twin sister Raina, saying she is being targeted for extra security scrutiny because she once signed a petition opposing the “pointless war” in Iraq.

Nimah: Hi. What are you writing?

Will: A summary of all the information I've analyzed regarding Raina Amin's area of concern.

Nimah: You know my sister. There's nothing of concern. She's being flagged for being devout?

Will: She's being flagged because she signed a petition this Imam circulated in Dearborn condemning the war in Iraq.

Nimah: Even I condemned the war on Iraq! I bet you did, too. It was a pointless war.

In hindsight, there is legitimate debate about whether or not entering Iraq was a mistake. The country is hardly a beacon of democratic government today, thanks to Obama pulling the troops out. But at the time the decision was made, given what we knew and the threats we were facing, there was far less argument. The context of the decision is critical, even if the left would prefer to erase it.

Sliding seamlessly from one liberal cause to the next, “Soon” managed to work the Tea Party into its Iraq criticism, even though the loosely affiliated grassroots movement wouldn’t exist until years after the invasion. “Soon” compares Americans upset with excessive taxation to attendees of a radical mosque. The last time I checked, Tea Party groups weren’t helping people join ISIS in Syria or cultivating lone wolf jihadis.

Brandon: Look, I like Raina, but her signature on this petition is problematic. The Imam who circulated it has made numerous inflammatory statements about this country.

Will: We're looking into her, not him.

Caleb: Drew's a good guy, but even I have to admit what he said in that deposition was borderline unpatriotic.

Alex: Just because someone says they're ashamed of America doesn't mean they don't believe in America.

Brandon: This is an influential leader, a mosque that she followed regularly. If I attended Tea Party meetings, wouldn't you assume that I agree with their philosophies?

When Raina is later cleared, she asks her sister, "Can you believe that I was flagged over something as senseless as that war?"

But the episode wouldn’t be complete without a thinly veiled exposition on the state of the 2016 presidential race. First, a jab at Senator Ted Cruz.

Claire Haas: I have worked with some difficult people in Washington -- bull-headed Republicans, radical Libertarians, Ted Cruz -- but never anyone quite like you. What is it you want?

After calling Ted Cruz a "difficult," “bull-headed” Republican, the writers give Assistant Director Miranda Shaw a rambling monologue on sexism and the “glass ceiling.” Miranda tells Alex she must “be willing to play dirty,” because the sexist FBI is rigged against women. Men, Miranda explains, are “favored for promotions within the bureau, and the FBI will do everything in its power to “protect them from punishment, no matter their weaknesses, no matter what they do.” Women, presumably, are routinely thrown under the bus.

Can anyone think of a prominent figure who has been willing to play dirty to further her own career, who has covered her own failures by making shattering the “glass ceiling” a central part of her campaign? “What difference, at this point, does it make if Hillary Clinton is qualified, it’s time to elect a female president,” clamors Hollywood. Hopefully, Americans will resist the entertainment industry’s siren call.