ABC’s 'Quantico': Firearms a Privilege, Not a Right

In last night’s episode of Quantico, "Turn," before a terrorist attack against the FBI Training Academy has even concluded, a visiting senator (Marcia Cross) rails against firearms, declaring their use a “privilege,” not a right. At least ABC’s Quantico got it right about how quickly opponents of the Second Amendment rush to politicize any shooting.

Sen. Claire Haas: I'd like to acknowledge the brave men and women who defended our campus today. That includes one of our own -- trainee Perales. 330. That's the number of mass shootings in this country in 2015, an average of almost one per day. I am tired of this. And you should be, too. You are being trained to carry a weapon, to respect the power of a gun, to understand that it is a privilege to be earned, not a right given to anyone who -- Take the rest of the day off to process and recuperate. Remember why you're here, because though the horrible reality exists that there will be another mass shooting, soon all of you will be able to do something about it.

The senator’s comments come while at least one of the terrorists behind the heavily coordinated attack is still at large. Apparently, Senator Haas has also forgotten her oath of office, quickly casting off the Second Amendment as a “privilege to be earned,” rather than a right guaranteed in the United States Constitution.

The number of mass shootings cited by the fictional senator is also flawed. It is not an FBI statistic (at this point, the FBI has released only preliminary crime data for 2015). The number comes from the crowdsourced mass shooting tracker, now a part of the Gun Violence Archive. The tracker’s methodology has been frequently questioned. The site was dressed down by Mediaite in December 2015 for including an incident in which two young boys shot pellets at passerby in their mass shooting count. No one was injured.

...the definition of “mass shooting” used by their source, ShootingTracker.com, is much more expansive than what most people would consider a “mass shooting.” Gangland killings, murder-suicides, as long as there are multiple injuries (not even necessarily deaths) the tracker considers it a mass shooting.

An October 2015 analysis of the site by Politifact noted that 42 percent of the incidents for 2015 on the site involved zero fatalities and that for 2013, “the most recent year for which federal data is available, the Congressional Research Service found 25 mass shooting incidents -- far less than the 363 counted by Mass Shooting Tracker.” 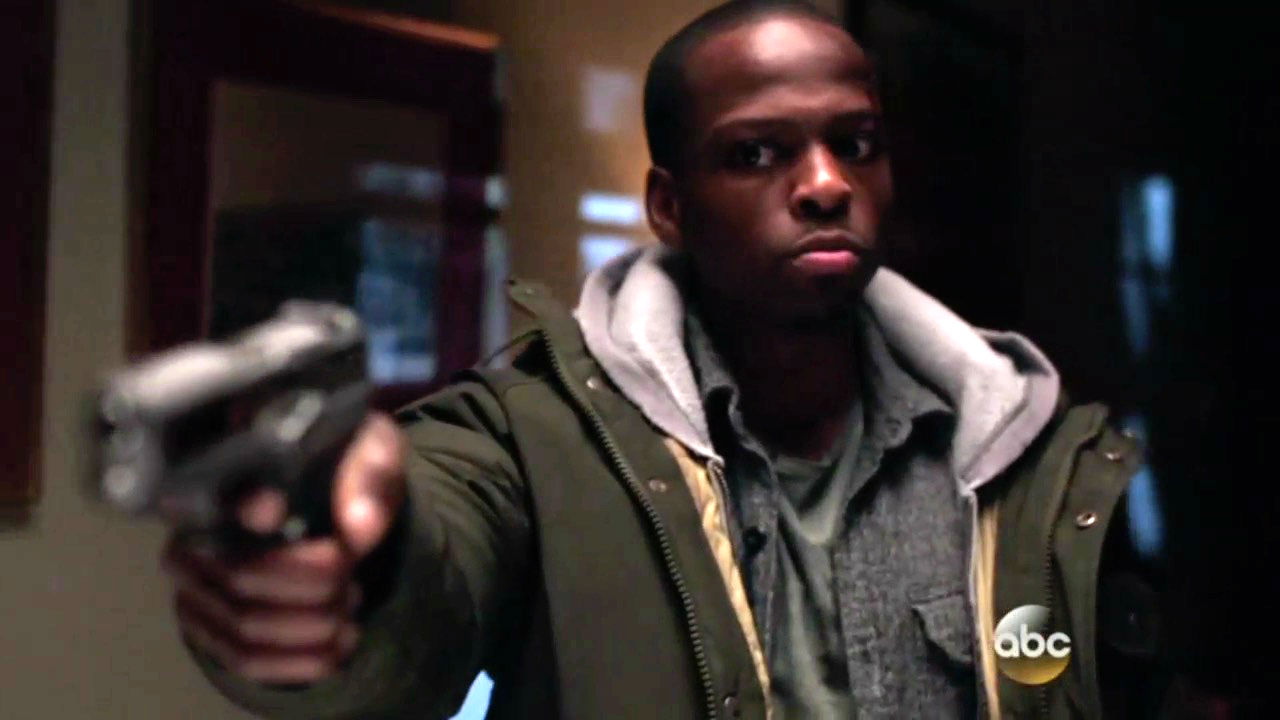 It’s not surprising that Quantico’s writers would continue using dubious statistics to push an anti-firearm bias into the story. Never mind that the attackers appeared to be using automatic weapons not readily available to the general public, or that they almost certainly obtained their firearms illegally. If Hollywood can repeat the statistic frequently enough, it might just become part of the public’s collective subconscious, an accepted fact.

After dressing down law-abiding gun owners for the actions of an Islamic terror cell, Quantico’s writers were sure to let the audience know that this attack was not “true Islam.” One trainee confronts his superior, telling him, “I don't condone attacking anyone, but we can't just dismiss why they're doing it. Who knows what the FBI might have done to create cause?”

Meanwhile, one of the two Muslim trainees, Raina (Yasmine Al Massri), confronts the last surviving terrorist to explain how he has perverted her faith.

Raina: You are not a Muslim. You're a thug. You have perverted the true faith.

Rishan: What do you know about my faith?

Raina: Everything! Everything that you pretend to know. I know that if you kill me, you will miss your shahada. And I know the Qur'an does not teach you to hate.

Rishan: Hate is what this country feels for true believers like me. I pray you find peace.

Rishan: You're right. Killing Raina out of vengeance? The Front taught me to be smarter than that. We wanted to strike a blow to the FBI and we failed today. Killing you will have to be enough.

When a Mormon character went on a shooting spree in the very first episode because his dark past might be revealed, no one asked “what the FBI did to provoke him.” No affirmative defense of his religion was offered by other characters on the show. I wonder why Quantico’s writers felt the need to treat this case so differently.