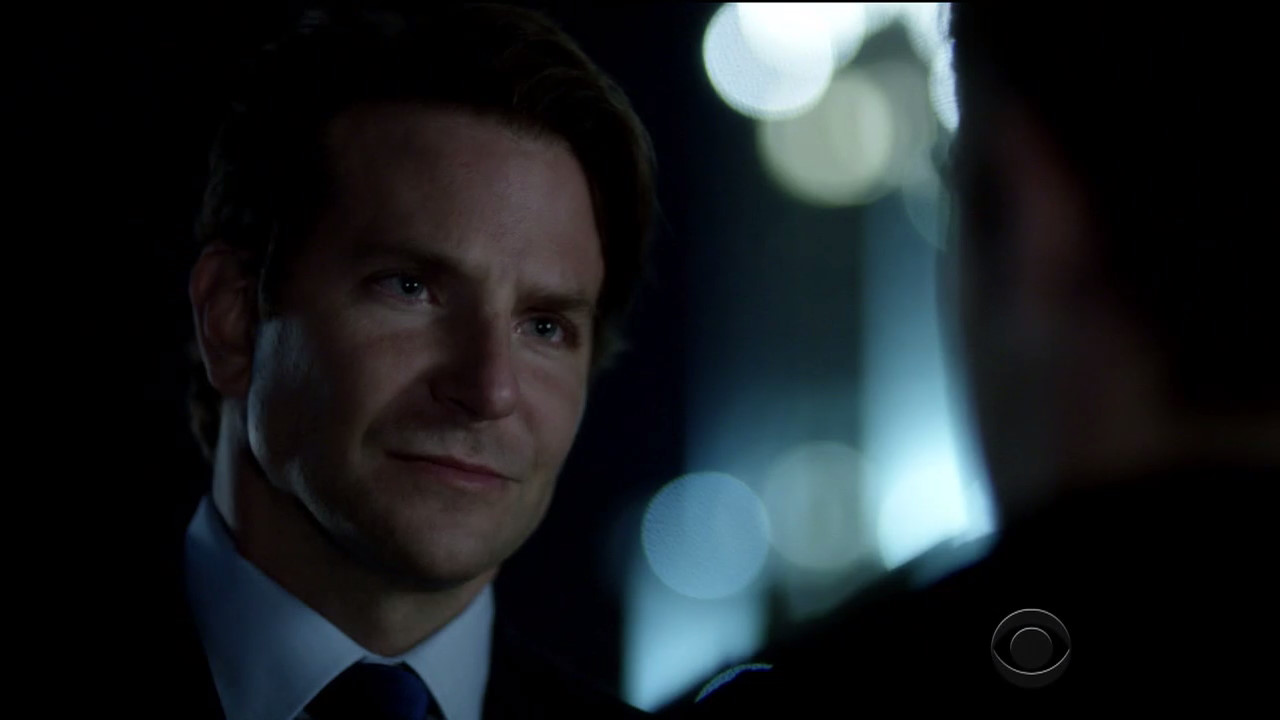 The sixth episode of CBS’ freshman drama, entitled “Side Effects May Include…”, focuses on Finch’s desperate attempts to contact Morra to save the career of his FBI handler, Special Agent Rebecca Harris (Jennifer Carpenter). After snapping Finch out of an NZT-induced blackout, Morra reveals that he never expected Finch to turn on his partner. The exercise was merely a test of his character.

Morra: Don't worry. You're gonna be just fine. Take it slow. Been through a lot. Hit your head pretty good, but you're gonna be okay once the shot kicks in.

Morra: I know. I never thought you would.

Finch: So, what? That was some kind of a test? I could've died.

Morra: I would never let that happen to you.

Finch: And what about her Rebecca? Uh, her dad was taking nzt. She's not gonna just let that go.

Morra: I'm not worried about Rebecca. This is about you, Brian. About whether you're just an employee or you're somebody who can be a partner.

Morra: All you've ever seen is the ugly side of what we do. But there's so much more, Brian.

Morra: This rice contains a complete nutritional profile. Everything the human body needs. It can grow in the harshest environments. Places we need it the most. With a little more research, this rice... Could feed the entire world.

Finch: I don't understand. Why can't you tell anyone about it? I mean, if that's true, why aren't you shouting it from the rooftops?

Morra: Because people won't want it. I make an announcement. Lobbyists bring it to action. People rave over GMO's and it's buried. Science can't change the world on its own. The world needs to be willing to change. And it takes leaders. Leaders who are willing to chip away at the obstacles, cut through the noise and play the game. And win the game.

Finch: And that's you?

Morra: I think so. With people like you helping me, I think so. I mean what I say about wanting a partner. Five nzt pills. Those weren't just hollow words.

Finch: What are those for?

Morra: Whatever you want. Think of it as discretionary funds. A token of my... Trust in your judgment.

Given Limitless’ history of bashing corporate CEOs and blaming an “anti-government militia” for a New York bomb plot, it’s interesting to see the show’s writers take on the anti-GMO crowd, a liberal darling, as their issue of choice for saving the world. Even worse, they insinuated GMO opponents were “anti-science,” a denunciation generally reserved for Republicans.

The Limitless writers could have easily gone with that faithful standby, “climate change,” which the “Independent Democrat” from Vermont, Bernie Sanders, recently declared as the “greatest threat to the United States.” Perhaps there is some hope left for the series.