Bias Round Up: Colbert to Cover Election Night Live 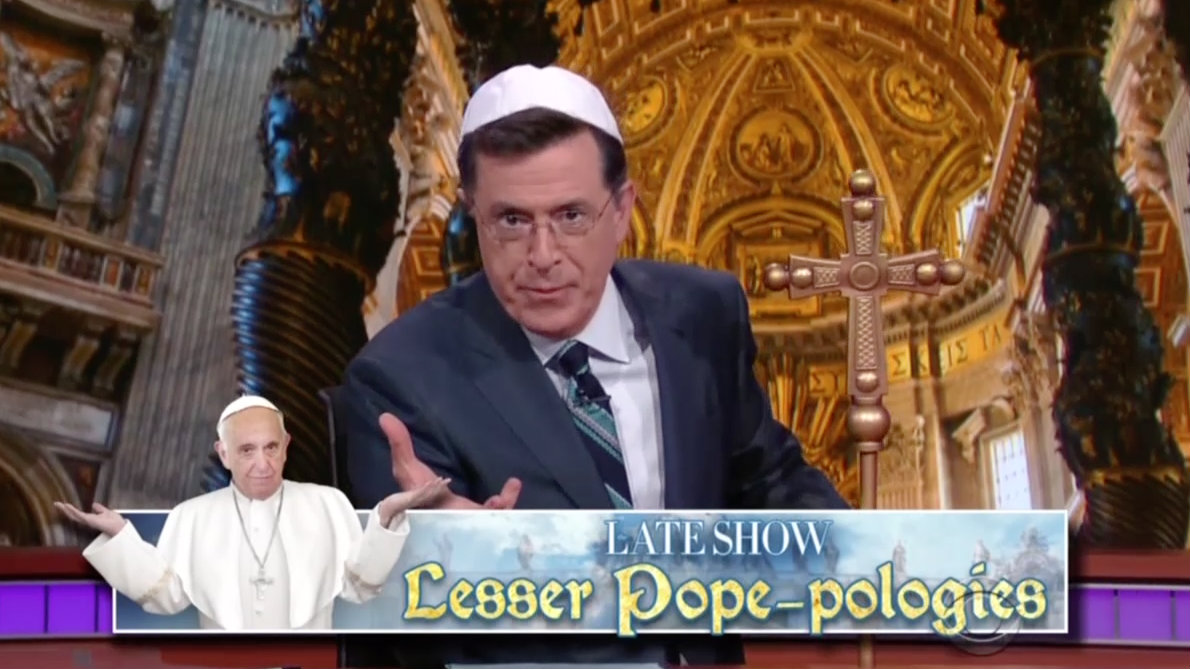 The comedy news Hillary fan club has “entertained” with its one-sided shtick for the entire campaign. Now, the fan club’s preeminent member, Stephen Colbert, will entertain America as its votes come in on election night.

Colbert won’t have his usual CBS “Late Show” that night, according to The Hollywood Reporter. That frees him up to clap for Hillary and boo Republicans elsewhere.

When Colbert took over David Letterman’s “Late Show,” he said that he didn’t want to be anybody’s political “champion,” instead insisting on his being a moderate and a Catholic.

Since then, it’s hard to see how Colbert has lived up to his intentions.

A study of late night TV by George Mason University found that those shows attack Hillary and the Democrats only half as much as Trump.

This past July, the comedy news hosts—including Colbert—played enforcer for the Democratic establishment after the DNC email scandal exacerbated Hillary’s struggle to reign in the Bernie-or-bust crowd.

This summer, Colbert misreported Pope Francis’ statements about people with same-sex attraction in order to make it seem like the Church was about to recognize same-sex marriages. He then revealed his poor understanding of history by claiming the Church supported Hitler.

During the national debate about Syrian refugees, Colbert compared the GOP’s stance to the KKK, saying, the GOP can “prove” it’s Christian by allowing refugees into the country.

After the Obama administration’s controversial nuclear deal with Iran, Colbert had Secretary of State John Kerry on the show, offering him “congratulations.”

Colbert has not hidden his love for far left senator Elizabeth Warren or Vice President Joe Biden. One of the times Colbert encouraged Warren to run for president, he compared her to Batman minus the wealth, saying, she “has launched a one-woman crusade against the billionaire class.”

Earlier this summer, Colbert used a swastika to explain Trump’s policies on immigration and Islam. In April, Colbert warned Hillary that the GOP would “run you through” like “a meat slicer” if she were elected.