Daily Mail: Mother, Son ‘Fight For Their Right To Have A Sexual Relationship’ 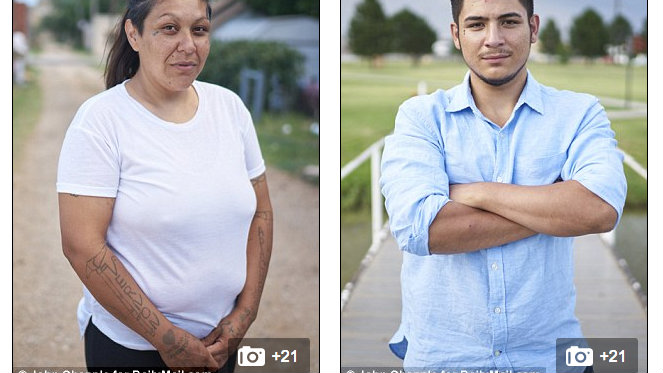 For a progressive media outlet, like Daily Mail, balancing coverage of newly invented oppressed demographics and shock-value click bait, the mother-son couple made for a serendipitous story.

The Daily Mail story introduced readers to the 36-year-old mother, Monica Mares, and her 19-year-old son, Caleb Peterson. Peterson was put up for adoption and raised away from his mother, but when they met after 18 years apart, they quickly fell in love.

Daily Mail author, Ryan Parry, made the story of Mares and Peterson into a civil rights debate. Should closely related individuals be allowed to have sexual relationships, morally and legally?

Despite spending much of the article discussing this debate, Parry failed to interview anyone who opposes the relationship. He never interviewed anyone explaining the moral, biological, or legal ramifications to incest. Instead, Parry spent a lot of time talking about how oppressed the couple is by the impersonal forces of hate at play in their community.

Parry detailed the legal trouble the couple faces as well as the hate they have received from family and friends.

“A well as legal trouble, the couple has met opposition from friends, neighbors, family members and the wider community,” Parry wrote, adding that “Mares has been attacked outside her home.”

Parry’s article made those opposed to incestuous relationships look like vicious and irrational forces of hate. Some opponents of incest may be hateful and irrational, but there is certainly a biological and political case to be made against incest. Parry never presented that case.

Parry did interview Mares and Peterson at length, however. Parry also interviewed Peterson’s biological father, who supports the mother-son couple’s decision and wants “the government [to] get out of their business and let them live a normal life.”

Mares had two other sons with Peterson’s father, “Moses, nine, and Joseph, 12.” She said she would abandon them to stay with Peterson. “If I had to choose between my son [Peterson] and all my other kids,” she told Daily Mail, “I’d chose (sic) him.”

Parry also interviewed Christina Shy, who after being illegally involved with her half brother in Minnesota, founded an “advocacy website” for “consanguinamorous” couples. “It was the same with gay people just a few years ago,” she argued.

She is currently raising funds to mount a strong legal defense for the couple, hoping to eventually put incest laws on trial at the Supreme Court.

The closest Parry got to presenting the other side was interviewing the prosecution’s attorney in the court case against Mares and Peterson. However, the attorney was only consulted for her opinion on the legal consequences of the relationship. She did not defend the value of the law.

The article ended with a quotation from Mares: “You can’t tell me who to love, who not to love.”

Daily Mail isn’t the only liberal outlet to follow the logic of redefining marriage to its broader conclusions. After the Obergefell gay-marriage decision, The New York Times, Politico, CBS, and ABC all voiced authors decrying the prejudice of the same-sex marriage lobby for rejecting polygamous marriages. In 2013, before the decision, Slate argued along the same lines.

This year, a “chill” female character in the TV show “Broad City,” justified bestiality in some cases. Also this year, TV Land show “Younger” featured a character having sex with a sheep.