The Simpsons: You’ll Lose Your Wife Unless You Vote Hillary 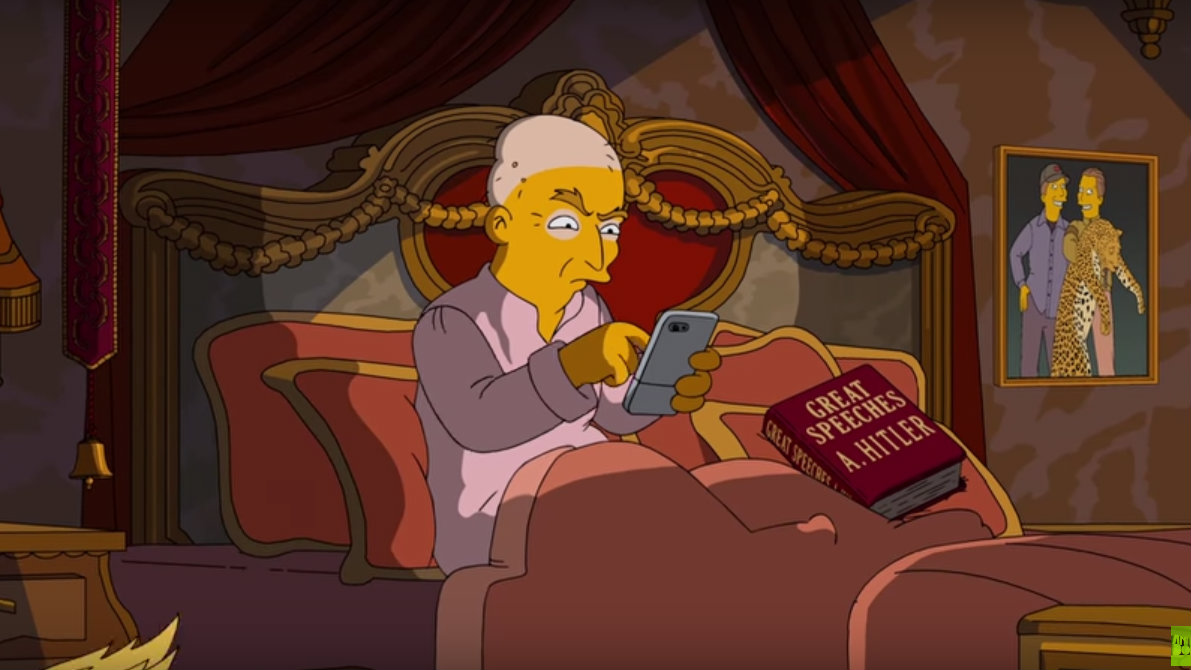 The Simpsons went out of its way this weekend to advertise for a Hillary campaign bogged, down with repeated scandals, a “likeable enough” candidate, and inconvenient world events. While The Simpsons cracking jokes at Trump’s expense is easily forgivable—if unoriginal—its softball treatment of Hillary is not.

The free advertising for Hillary is even less excusable given the way The Simpsons spins the video in its YouTube description. “THE SIMPSONS,” it says, “continues to strike a chord with viewers for irreverently poking fun at anything and everything.”

Now, just how much does this ad poke at Hillary? Practically none.

After Marge and Homer decide they “can’t make love” until they decide whether to elect Hillary or Trump, they turn on the TV to seek their answer.

“It’s 3 a.m. and the phone’s ringing in the White House,” the TV pronounces with faux severity. “Who do you want to answer that call?”

The next shot shows Bill Clinton picking up the phone and answering with a veiled innuendo. Hillary takes the phone and declares authoritatively, “From now on, it’s always for me.”

Let’s just say, the President Hillary clip could have lasted more than the 10 seconds it lasted.

The gloves were taken off when it came to Trump, however. The President Trump clip lasted almost a minute. It showed how the self-obsessed absolute monarch would exile Elizabeth Warren, brand national monuments with his own name, neglect his duties, have Putin on speed dial, plagiarize “Great Speeches” from “A. Hitler,” and precipitate war with China.

After seeing the two version of how the world could be, Marge declares, “Finally, my minds made up, and so is yours right?” As she prepares to “make love,” Homer ruins it all. 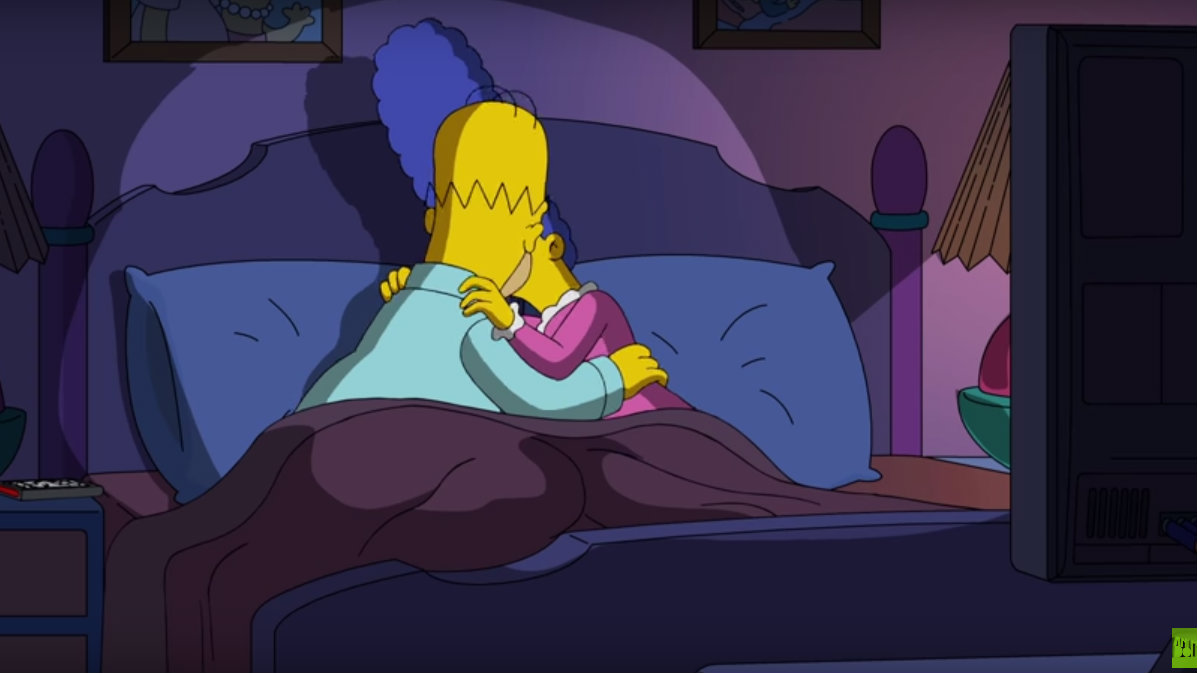 “If that’s your vote, I question whether I can ever be with you again,” she retorts.

Homer then narrates to the camera: “And that’s how I became a Democrat.”

So listen up, male Simpsons viewers! No woman can love a man who doesn’t vote for Hillary.