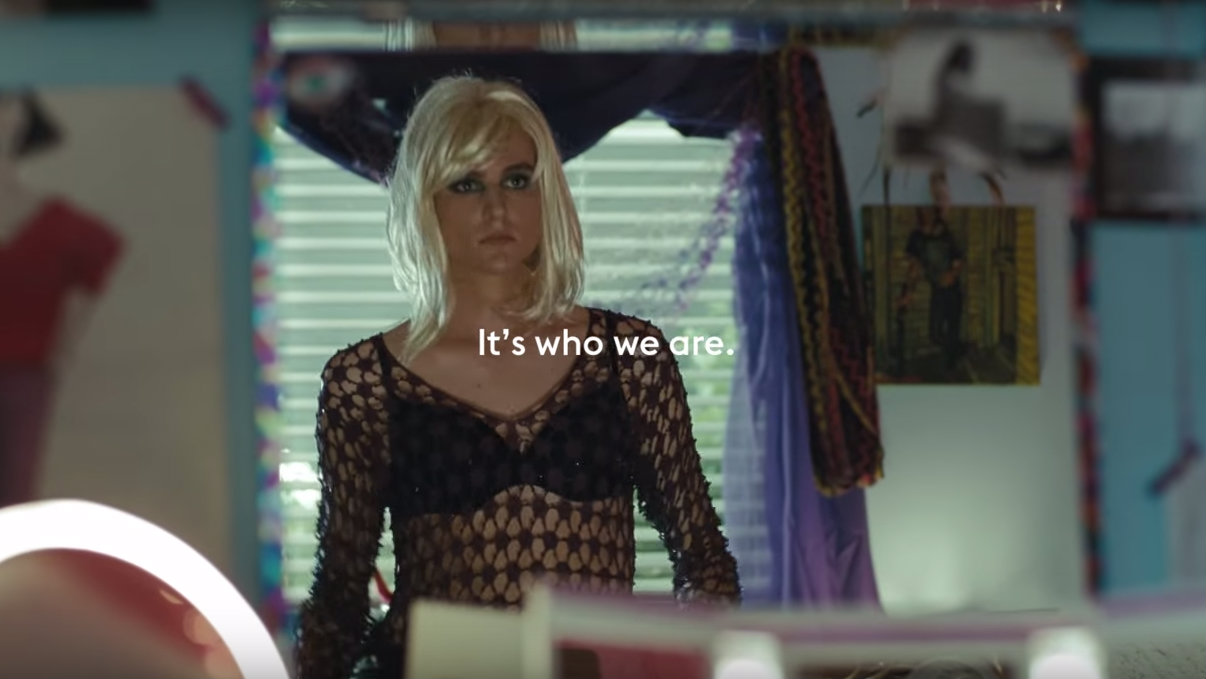 YouTube’s ad for its new music app portrays a typical American consumer… in the eyes of paranoid leftists, who think everyone is a minority oppressed by straight white men.

Alex dutifully closes down shop at the local fast food restaurant. He has a great chat with the girl he likes—maybe as a friend, maybe more. As the sun is setting, they part with a hug.

On his drive home, he is bullied by the beefy white men in the pick up truck. The setting is some nondescript South West landscape, which lets you know these sorts of bullies are all over the place. It’s the South after all.

After such visual harassment on the road, Alex can only muster an exhausted hello to his television-absorbed father as he returns to his room.

The walls are decorated with skulls, avant-garde pop art, and the glittering words, “GIVE ALL TO LOVE\ OBEY THE HEART.”

In the safety of his room, he can apply his makeup, don a blonde, flowing wig, throw some fishnets over his bra and jam out to YouTube Music.

Whoever you are, YouTube will allow you to express your identity through its music app—whether you’re a rapping, burka-wearing woman, a female construction worker with a hipster haircut and interracial spouse, a black kid with some serious dance moves, or a white woman weeping on a plane.

Well you can express your identity unless you’re a straight white man. Bigots like them better not use YouTube Music.

YouTube, which is owned by Google, has a history of leftist propaganda. A month ago, YouTube came out with a video titled, “#ProudToBe: Coming Together to Celebrate Identity,” featuring a pregnant man, “pansexuals,” “omnisexuals,” and a whole host of new identities. Obama got to make an appearance too. This followed on similar videos in the past.

During Pride month, a search of “pride,” “lgbt,” “gay,” or similar terms on Google would not only turn up search results, but would also change the top of the search page to waving rainbow flags.