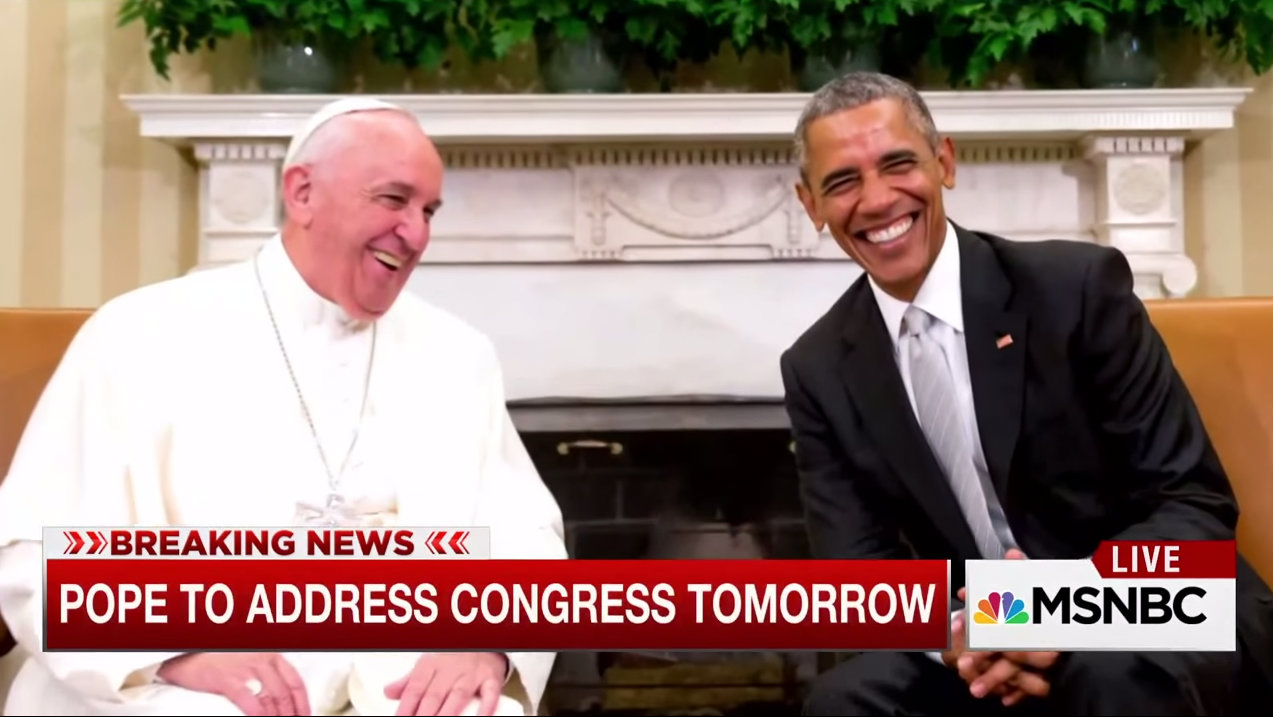 “Is the pope Catholic?” It used to be an obvious rhetorical question along the lines of where bears go to the restroom. But not anymore.

The muddle-headed confusion with which British papers reported Philadelphia Archbishop Chaput’s recent reminders of the Church’s teaching on sexuality put us in mind of how the secular, religiously illiterate media desperately wants to view Pope Francis as a “liberal.”

Along the same lines, here are five of the worst attempts at “reporting” on Pope Francis.

The media loves their fabricated, liberal hippie version of Pope Francis. Sometimes, however, the real Francis – the Catholic one – is just too obvious to ignore. So, they make excuses. Like blaming his “old school” beliefs on his being from Latin America.

Thus was the case when it dawned on the Post that Francis believes in the Devil. According to their alternate universe version of history, even Pope Benedict downplayed that old superstition.

For the Post, this could only be because the “plain-talking” pope is from “Latin America, where mystical views of Satan still hold sway in broad areas of the region.”

2. COMEDY NEWS LOST IT WHEN FRANCIS SAID CHRISTIANS SHOULD APOLOGIZE TO GAYS.

Stephen Colbert and Trevor Noah were overjoyed that they had another opportunity to selectively quote the Roman Pontiff. Colbert said, “Now, this apology is a huge moment for my Church in terms of accepting homosexuality.”

Noah out-did Colbert’s celebrations, noting that most of Francis’s media-misinterpreted pronouncements seem to come on planes and saying, “It almost seems like the higher up the Pope goes, the more progressive he becomes. We got to send that mother-f***er into space just to see how liberal he can get!”

Leftists only like that Francis is inclusive when he includes leftists. They don’t like it when he is so inclusive he even includes poorly educated white evangelicals from Appalachia.

So, when Francis met with the county clerk who notoriously refused to hand out gay-marriage licenses, the media needed excuses for their favorite fictitious hippie.

As Esquire contributor Charles Peirce explained, and Salon assistant editor Eric Kaufman reported, the Church has been rife with “intrigue” and “sanctified ratf•••ing” for 2000 years. So, obviously, this was a conservative conspiracy to “ratf•••” Francis on his trip to America.

When Francis met with Obama in 2015, the media had a lot to say about Francis and Obama’s (superficial) similarities and very little to say about substantive differences – like abortion, contraception, same-sex marriage, gender, and religious liberty.

CBS This Morning reporter explained how both Francis and Obama knew “a thing or two” about being “an instrument of change” and “an international celebrity.” An NBC Today reporter was able to bring up a substantive issue just long enough to say about Francis, “I hope he will continue with his talk about less judgment on people of different sexual genders.”

5. THE MEDIA COULDN’T GET OVER HOW DIFFERENT FRANCIS WAS FROM BENEDICT.

The networks made no secret of disliking the pope they dubbed, “God’s Rottweiler.” So, when he retired, making way for the election of Francis, the networks didn’t miss the opportunity to effuse about how “humble” Francis was.

Tom Brokaw insisted, Francis was a “charismatic figure” and “moral authority.” Anne Thompson, who called Benedict the “enforcer,” explained, “While the Vatican is often perceived as an institution of ‘no’ … this pope [Francis] says ‘yes,’ emphasizing the positive, embracing people – eager to be among his flock.”

It’s funny how Francis’ first encyclical The Light of Faith was primarily written by his predecessor, the Rottweiler, despite their outlook on the Church being so diametrically opposed.