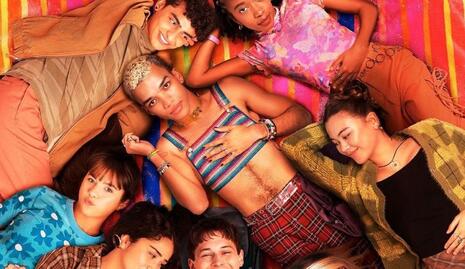 The nasty HBO Max dramedy Generation, about narcissistic teens forming various queer and “gender-fluid” relationships, went all in on man-hating this week, calling boys “parasites” and talking about wanting to “kill every man, boy and every male human being.” The show also threw in support for teen throuples and witches’ covens and spells.

In the episode, ‘The High Priestess,’ released on Thursday, June 24, Arianna (Nathanya Alexander), a daughter of two gay dads, is angry that her fathers cannot understand what she is going through as a teenage girl. Rather than use her justifiable frustration about having no mother in her life as a spring board for why children deserve both a mom and a dad, the show lets her dive into all the ways she hates men. When one of her dads tells her to calm down, she says, “You know who else was told to calm down? Rosa Parks, Hillary Clinton, and Kesha, just to name a few.”

After a boy at her high school keeps interrupting her, Arianna asks her female friends, “Is there a word for wanting to kill every man, boy and male human being?”

When the interrupting boy dares to ask Arianna to a dance, she replies, “I swear every boy on this dying planet is a fucking parasite.” Ah, yes, genocidal demeaning of an entire sex with the word “parasite” is, um, a totally normal reaction.

If you watch a lot of television, as we do here at Newsbusters, you will notice that men (white men most often, but men in general) are regularly attacked as the worst humans on the planet. To use a favorite word of feminists and social justice warriors, the constant attacks against boys and men on television starts to feel “exhausting.”

Arianna and her friends, Delilah and Naomi, form a witches coven where they cast magic spells. They perform one of their "spells" in the handicapped bathroom where Delilah secretly gave birth to a baby in the previous season. Alas, their coven breaks up after Delilah and Naomi decide to form a “throuple” with a guy they are both interested in.

In the next episode, 'There's Something About Hamburger Mary's,' Naomi’s mother, Megan (Martha Plimpton), sees Naomi kissing in the new polyamorous grouping at a fundraiser for queer youth. It is another blow to Megan after already struggling with the news that her son, Nathan, is bisexual.

Naomi and Nathan treat their mother like dirt and enjoy publicly humiliating her. According to the show, she deserves it because she is a white evangelical woman who does not immediately celebrate and jump for joy over their deviant couplings.

This queer, man-hating, witch-loving mess of a show is, of course, produced and written by the unbearable Lena Dunham, whose entire career is propped up by leftists who pretend someone wants to watch her washed-up work. Now that must be truly exhausting.