Apparently the statute of limitation on when it’s okay for Hollywood to turn on its once celebrated and heralded fellow leftist travelers and call them terrorists is about four years.

How do I know this?

Because that’s about how long it took for a liberal television show to cast Occupy Wall Street as a group of likely terrorists.

On Thursday night’s episode of NBC’s The Player, a bomb goes off in a high rise corporation. Homeland Security and the media believe it is a foreign terrorist, but our smart blonde assistant, Cassandra (Charity Wakefield) has evidence it is a home grown bomber. According to her, since it was the bank’s law division that was targeted, the list of possible bombing suspects is extensive. But includes one particularly notable leftist group that once became infamous for rape and public defecation:

Wait...what? Come again? I know the English accent makes it difficult and she kind of slurred it there, but did she say Wall Street protest radicals? Kudos to you, The Player.

How cool that we can finally, four years after the Occupy Wall Street protectors became the untouchable heroes of the left, refer to them as the criminals that they are/were. 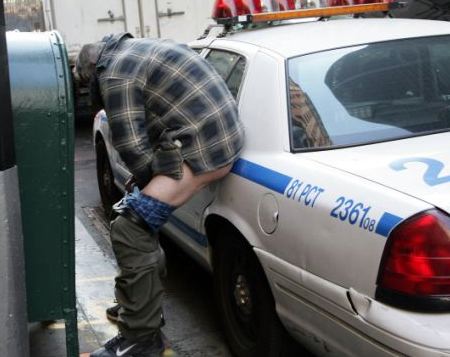