Just in case anyone still doubts that American sports media (aka Frustrated Athletes for Change, aka MSNBC Sports, aka the Take Us Seriously Caucus) is reflexively left-wing, let’s see what a member in good standing had to say about Wednesday morning’s murder of two journalists in Virginia.

I give you Bart Hubbuch, NFL writer/columnist for the New York Post. While most people were still reeling in horror at the video of the murder, Hubbuch ghoulishly and unabashedly politicized the murders: 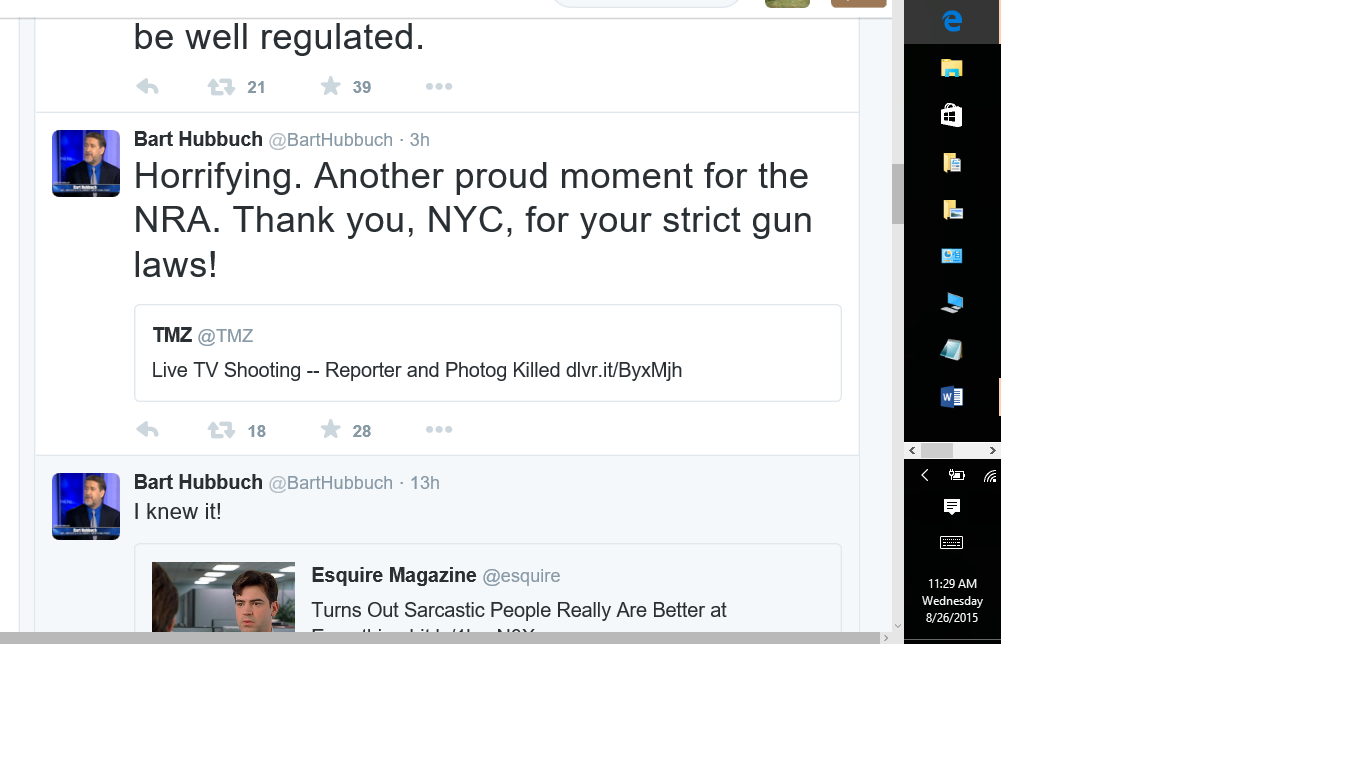 Then, perhaps feeling like he was onto something, or just relieved to not be talking about the Jets anymore, Hubbuch followed that tweet up with this gem: 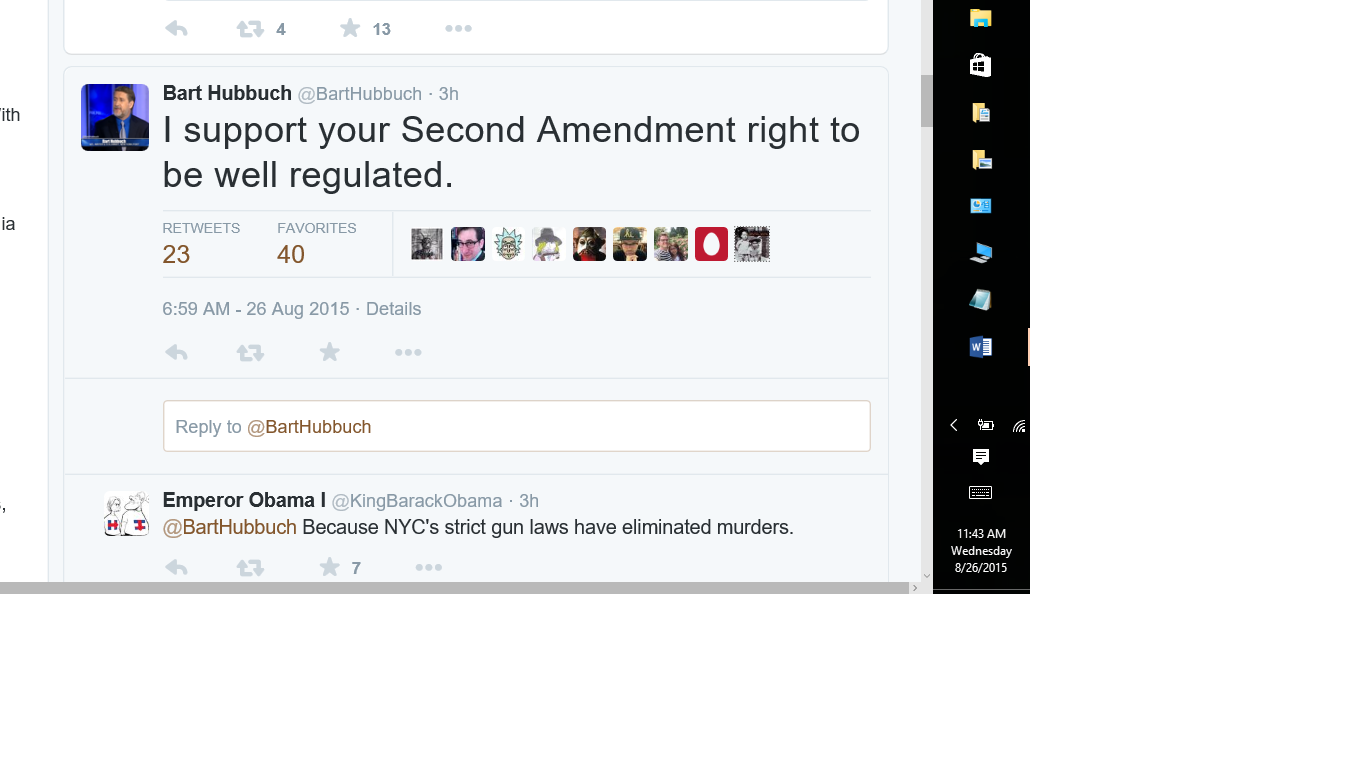 Of course, NYC’s dramatic drop in gun related deaths has nothing to do with harsher gun laws. NYC gun laws have always been harsher, on average, than they are anywhere else. The relative safety that is enjoyed by Hubbuch and his fellow Big Apple dwellers is largely due to the “Stop & Frisk” program the NYPD has used to great success, a program which, if liberals have their way would be completely done away with.

As far as Hubbuch’s attempt at Constitutional analysis, he should have sat that play out as well. The term “well regulated,” as it pertains to a militia, basically means something that is organized, with a chain of command. Kind of like the Jets, except effective.

Gun related homicide is down -- massively -- all over the country, not just in New York, and it’s been falling for years. Except, most notably, in liberal enclaves like Chicago. There, some of the harshest gun laws in the country meet a police department that doesn’t/won’t implement the strategies that the NYPD has used so successfully in New York.  And every Monday, they report the weekend’s carnage in terms of dozens.