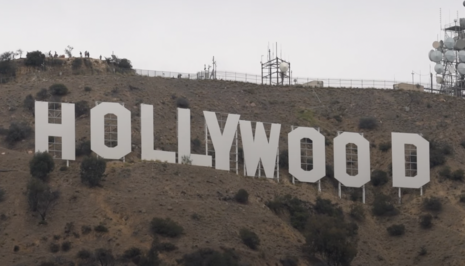 Rarely will you hear anyone in Hollywood admitting they push leftist propaganda onto viewers. But with the overturning of Roe, Hollywood is losing its mind, and in the process, revealing its true agenda. Case in point, a recent story in The Hollywood Reporter (THR) that openly revealed how Hollywood plans to push abortion even harder now that Roe has been overturned.

“My wife is very much pushing for us to have a character almost immediately have an abortion in, like, episode three,” he said, “just to say ‘f**k you’ to those that would pack our courts and take away our rights.”

Jennie Snyder Urman, creator of The CW’s Jane the Virgin, revealed, “The more that we de-sensationalize abortion and contextualize it in terms of a woman’s choice and health, that’s the powerful thing we can do on TV to counteract all of this.”

Proving that Hollywood lives in a bubble, Aline Bosh McKenna, creator of The CW’s comedy Crazy Ex-Girlfriend told THR, “Every single woman that I have spoken to since (Roe was overturned) is completely enraged.”

Bosh needs to get out more, but leave it to Hollywood elites to think their views represent all women.

Having been raised in a pro-life culture, Natalie Morales, who directed Hulu’s Plan B specifically set her show in South Dakota to combat pro-life views outside of Hollywood.

Like many in Hollywood, Tanya Saracho, creator of Starz’s Vida, was in “constant contact” with Planned Parenthood to make sure they were “saying and doing everything right.”

“All of us in the room had the medical procedure," she stated.

"We were trying to combat the stigma, culturally, by normalizing it," Saracho said a few sentences later.

"I think abortion is often thought of as a sad story — like there’s some potential stink on an abortion storyline, because it’ll be a bummer," creator Liz Flahive told THR. "But it’s just a thing that happens and that is how we approached it."

Veep’s showrunner David Mandel felt it was important to show abortion as “no big deal,” while The Handmaid’s Tale writer Jacey Heldrich described one character’s abortion as “a choice of love and strength and thoughtfulness.”

Gillian Robespierre, a writer and director for the indie film Obvious Child, told THR that her abortion was a “very pleasant one.”

For her part, Saracho had her character Emma go to a clinic with “a really positive vibe, because there are a bunch of those here in L.A.”

She added, “she took care of it as she would any other bodily function.”

Someone needs to tell Saracho that normal bodily functions happen on their own and don’t require medication or an abortionist to happen.

Heldrich and Mandel both ranted about CPCs, pushed false narratives that are ironically anti-choice, and easily disputed when one sees the true work CPCs do. But Heldrich believes that calling an unborn child a “baby” or showing the mother a picture of her child from a sonogram is “psychological warfare on women.”

So much for “choice.” And we've come a long way from the days when pro-aborts claimed they wanted abortion to be "safe, legal, and rare." Let Hollywood’s pro-abortion agenda serve as a reminder that we still have a lot of fighting to do to protect the lives of innocent, unborn children.