The Man Who Fell to Earth wrote that telling line decades ago, but it’s oddly useful today. Fashion has become a tool of the left like every other aspect of pop culture. Often with laughable consequences.

That takes us to Jezebel being extra entertaining. Here’s a story headlined: “At a Climate Justice Fashion Show, the Kids Prove They're Gonna Be All Right.” Yep, climate justice fashion show. This is the ultimate in intersectionality. Let’s merge stupid fashion choices with sustainability and the result is, well, entertaining.

The article starts by whining about how “Trump’s medieval budget proposal would effectively eliminate the Office of Environmental Justice.” Actual quote: “Fashion may not seem like an obvious part of the story here, but the $620 billion industry has managed to become one of the world’s major polluters while somehow dodging that reputation; as Racked pointed out in March, there are no solid emissions numbers to hold it accountable.” 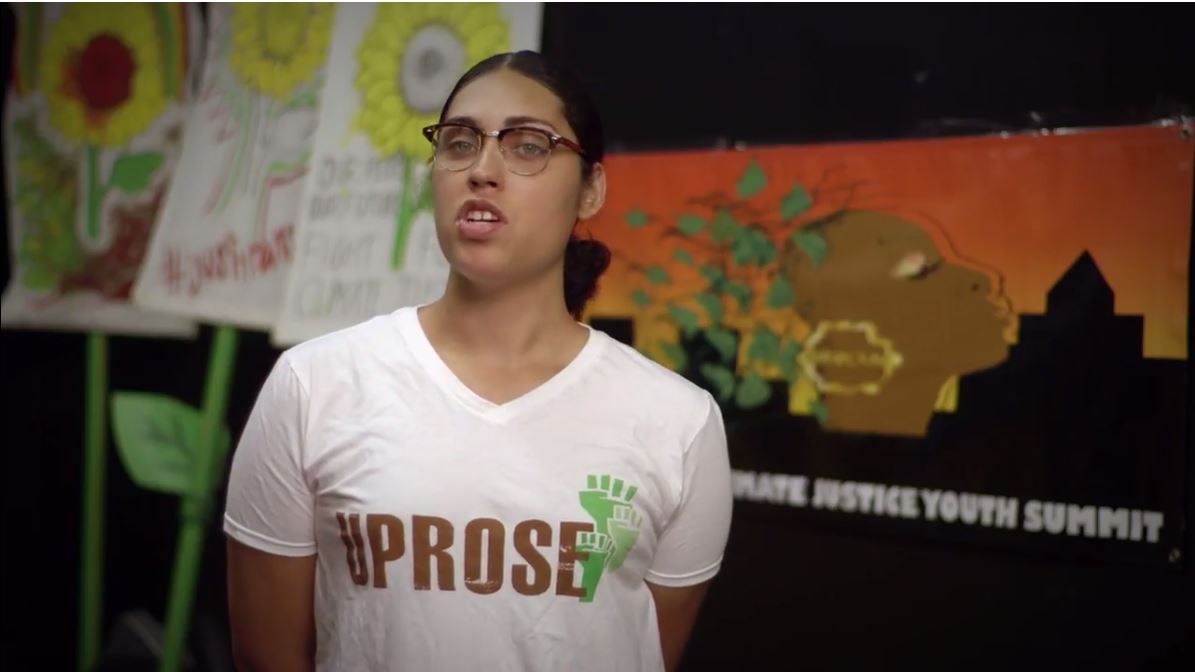 The article then quoted trans model Maya Mones: “Just by me being present and existing as a trans woman of color, also Latina, Dominicana, in this industry,” said Mones, “just by me existing, that’s already a revolutionary thing, just by me walking into the room.” Because every issue with the left is related. Remember the term: “intersectionality.” It means you can’t ever agree with one thing and be accepted by liberals. You have to embrace their agenda hook, line and sinker.

The propaganda level of the event was off the charts. The story includes a short video, jam-packed with naive young people pushing the climate apocalypse. We watch as one after another, young people freak out about climate. “I’m scared of another Super storm Sandy,” says one. Another complains that “heat waves compromise my health.”

One of the best was this: “I’m excited about the climate justice runway. We’re about to deconstruct consumption and cultural appropriation.” Huh? Oh yeah, we’re going to make models wear recycled garbed instead of actual clothes and … I have no idea what she means about the rest.

So let’s recap. In one short video we’ve got: climate change, transgenders, healthy food/air/water being a human right, gentrification, climate justice, “young people of color,” and “artists of color.” It’s like a Saturday Night Live skit of a Benetton ad.

And speaking of humorous, before we go into our other goodies, a collective sad for our friendly nutters at Salon. According to The New York Post, Salon is not doing well. “Salon, the struggling digital publisher, is having trouble paying its rent,” wrote the Post. On the upside, the world might be a better place if Salon goes under. On the downside, I’d lose some fun content that I use to entertain you.

Which takes us to this week’s goodies:

“Why I Put A Dragonfruit Up My Butt…”: Yep. That’s a real, honest-to-goodness HuffPost headline. Remember, the site’s new editor Lydia Polgreen used to be a hotshot at The New York Times. HuffPost contributor Davey Wavey has “a love-hate relationship with YouTube.” Why? Because YouTube limits how filthy your posts can be.

“Edgier, controversial or sexual content, on the other hand, gets de-prioritized in the algorithm and/or age restricted. Much of the content that actually has something to say is buried in the back corners of YouTube and is often undiscoverable,” he wrote. Horrors! YouTube keeps your dirty content away from kids.

This is journalism is 2017 and you owe me big time for watching this. Actual quote two: “Because I feel like as gay men, our families, religion, society, everyone’s trying to shame us and guilt us for being gay and I think we that need to approach gay sex and gay sexuality with joy. So I’m joyfully going to put these things up my butt.” It’s about here where he appeared ready to enter the next phase (or vice versa) and I stopped watching. Brent Bozell, who asked me to write this column each week, doesn’t pay me enough for the rest. Not sure he could. Not sure Bezos could. 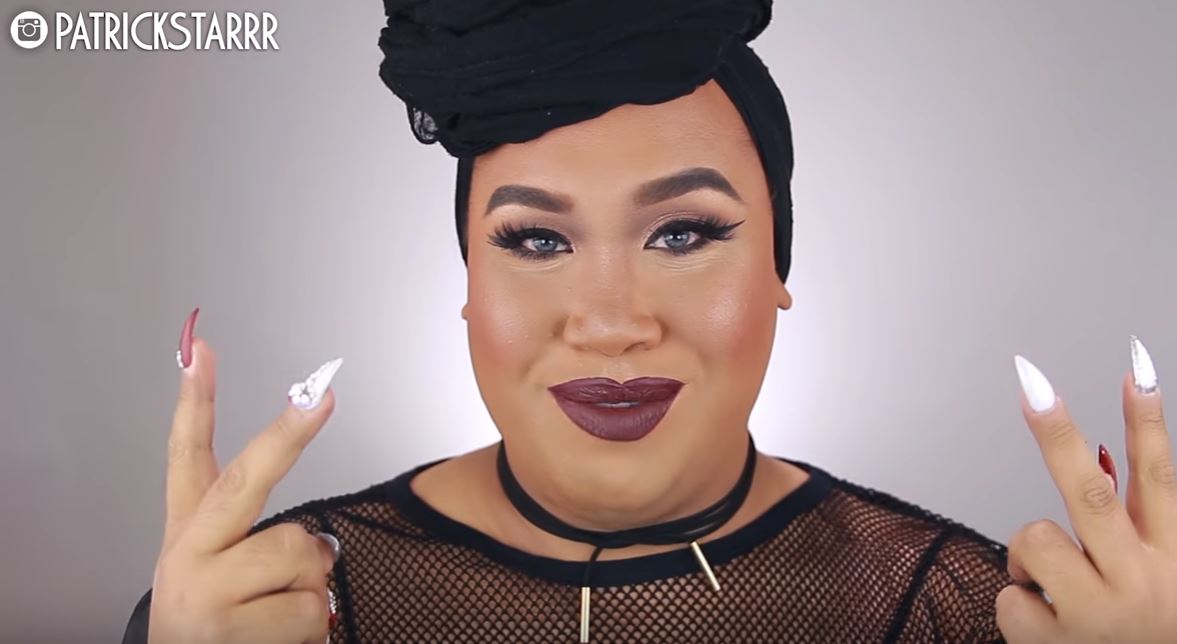 Even If You’re Gay, The Alt-Left Might Attack You: No matter how liberal you are, all it takes is one slip-up and the mob will form. Makeup artist Patrick Starrr (Yep, the three Rs have changed a bit) did a tribute to Solange Knowles by dressing up just like her. Unluckily for Starrr, that included wearing a massive afro wig, an effect he achieved by stacking two wigs together.

But he committed a sin.

I’ll let Cosmo describe his wrong think: “But other folks dropped into Patrick's mentions to point out that as a Filipino man, the use of the afro wig could be constituted as a sort of cultural appropriation, even when done in the name of accurate homage.” The social media star/Starrr has 3.5 million Instagram fans. Cultural appropriation is bad news even when you are gay. “I'm a boy, I have a turban, I'm gay,” he was quoted saying in Fashionista.

Not good enough. You must grovel to the gods of diversity! So, he did, issuing this apology. “"I want to apologize for offending anyone with my hairstyle last night. I wanted to celebrate a beautiful hairstyle inspired by Solange. I am not in any way claiming to be black. I am Filipino and accepting and I hope we can all celebrate beauty/diversity all together."

In a week where questioning Google’s awful diversity policies can get you fired, this social media mob is especially terrifying.

Oh Those Awful Borders: Leave it to the loony fringe from Its Going Down -- the folks too illiterate to use an apostrophe -- to hate on nations and borders. IGD is a pro-antifa site that was recently banned on the funding site Patreon. (Here’s their wildly spun version of events.)

IGD posted a big piece called: “Borders: The Global Caste System.” Actual quote one: “The border is not just a wall or a line on a map. It’s a power structure, a system of control. The border is everywhere that people live in fear of deportation, everywhere migrants are denied the rights accorded citizens, everywhere human beings are segregated into included and excluded.”

So concepts of national values, property rights, national security, etc., are foreign to the alt-left. They think it’s great if the 7.2 billion people who live elsewhere just move into the U.S. any time they feel like. This screed was originally from CrimethInc., but reflects the alt-left worldview quite well. It’s resistance to law and order.

Together, we can make the border unenforceable—a step towards creating a world in which everyone will be free to travel wherever they desire, to use their creative energy however they see fit, to fulfill their potential on their own terms.” Remember, liberals think only laws they like actually apply to them.