It’s convention time. If you live in normal America, let me repeat, from this outpost of marginal humanity (in my case, Maryland), IT’S CONVENTION TIME!

In the memorable words of Kevin Antoine Dodson, “hide your kids, hide your wife, hide your husband.” If you are in the media, any sort of media, you just filed a story in the space of time it took to read those couple dozen words. And your editor wants to know what took you so long. If you are working for left-wing, insano organizations like Salon, you just bashed about 2 million conservatives in that time.

It’s not just the standard liberal hate fest that follows every GOP convention. The left has piled on convention bias like they are Vesuvius and the internet is Pompeii. Even their tertiary stories bash the right. Salon, yes, them, thinks people who work at Fox News are “racist,” that belief in the devil is “make-believe,” and conservatives are grifters. If you are working ahead on your holiday shopping list, this is a good point to delete Salon employees and ax murderers. OK, at least the Salon staff.

That’s the backdrop for another subtle week from our friends on the other side of, well, pretty much everyone: 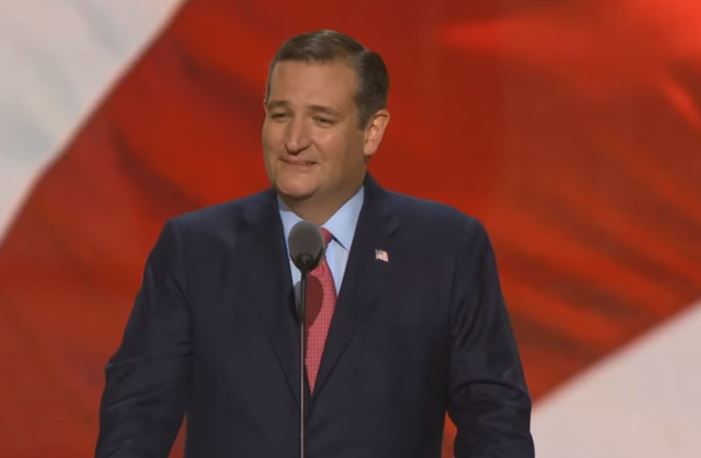 Liberals Still Despise Ted Cruz: Forget the media love for Ted Cruz’s convention speech. The left and the media hate him even more than they do Donald Trump. Why? Because he’s the worst of all possible left-wing media worlds -- he’s conservative and he doesn’t go along to get along. But remember, liberals forget our side reads their garbage, so they are sometimes honest. (Sometimes.) Here’s one Salon piece with an actual headline: “Ted Cruz’s finest hour: A right-wing zealot earns his place in history.” “Zealot.” Nifty. Salon called it a “clash of supervillains.” (Hint: That means Ted, too.) There’s so much Cruz hate in here, it’s hard to include it all, such as describing him as “so reprehensible and obnoxious on so many levels.” Actual quote: “Even setting aside his hard-right Tea Party ideology, which was no surprise, I found him a uniquely off-putting human being, visibly uncomfortable with the rituals of retail politics and emanating a smug sense of his intellectual superiority to lesser mortals.” That’s a windy way of saying Cruz is smarter than the folks from Salon.

Liberals Claim the GOP Is Racist, Again: Say the name Chauncey Devega to anyone on the internet and it conjures up far-left lunacy. His name has become synonymous with the political equivalent of the crazy homeless guys you see muttering to themselves. This one was written under the Devega-ish headline: “The ghouls have won: The first night of Donald Trump’s RNC was a political death cult.” Chauncey whined about “sick and ghoulish behavior” at the convention and naturally it’s all racist. That must have been the first word he ever learned. It’s certainly the only thing he really writes about. Actual quote: “In total, the first night of the 2016 Republican National Convention was a clinic in the almost irresistible hold that authoritarianism, racism, and fear has over the GOP’s voters.” Talk about someone who needs a clinic... 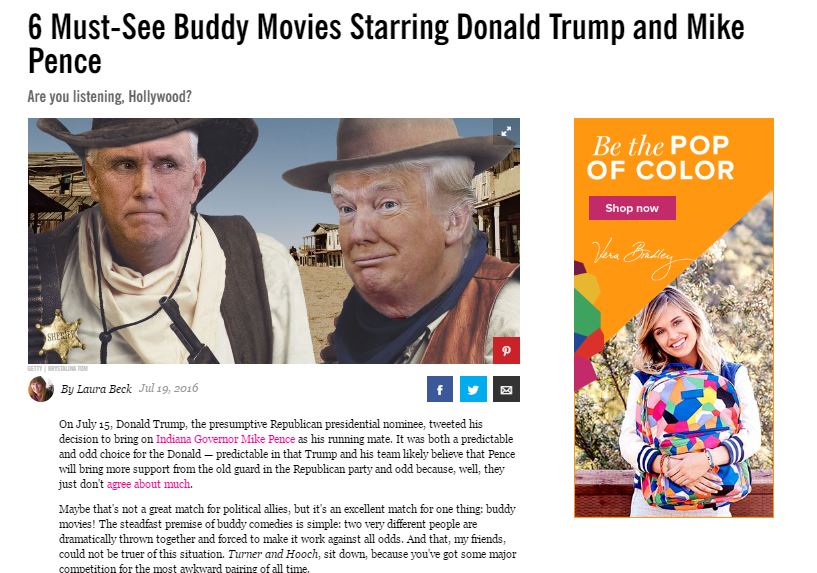 Cosmo Makes Up Movies About Republican Ticket: One liberal default is to make things up when they don’t think they have enough negative things to say. That’s how we get revisionist history and hack articles like “6 Must-See Buddy Movies Starring Donald Trump and Mike Pence.” This awful piece of writing led the Cosmo home page with fantasy team-ups of Trump and Pence. Author Laura Beck described herself as, “Fat, funky, and outta control!” (At least she didn’t claim funny or talented.) In one of her pathetic attempts at creativity, she fantasized: “Together, they ban dancing, differences, and happiness.” Beck obsessed about women’s periods, called Trump “a trash-talking virgin” in another plot and, dreamed the duo gay for one another. Actual quote: “Don and Downtown Mike actually fall in something like love and end up adopting Newt Gingrich.” Now you understand how someone as talentless as Samantha Bee got a TV show, when you realize Beck is one of her competitors.

There Are Always Pokemon Go STD Characters: Not everything in the universe is related to the political conventions. There’s also Pokemon Go and sometimes embarrassing attempts to piggyback on the popularity of a trend. In this case, the far left folks at Participant Media introduced us to “Kondommn, a character inspired by Pokémon Go.” (Participant are the propagandists who also brought us An Inconvenient Truth and several other similarly unbalanced movies.) The Kondommn character is a product of  Advocates for Youth and aimed at promoting sex to kids as young as 14. Actual quote: “While the controversy over where and when it’s appropriate to try to nab Pikachu swirls, there’s one thing fans of Pokémon Go can probably agree on: Nobody wants to catch a sexually transmitted infection.” This is a clue to parents why they need to monitor the media their kids watch. Even if it’s disgusting.

Update: Yale Wants To Reinstate Criminal! Yale is such a land of left-wing nuttery that it is rehiring the vandal who it just had resign (what PC places do instead of firing people who break expensive stained glass) for smashing a window he didn’t like “that showed slaves carrying bales of cotton.” And rather than accept, the vandal is demanding Yale get rid of other stuff he doesn’t like. Let the vandals run the campuses? What a smashing idea.