In case you missed it (lucky you), MTV held its 25th Annual MTV Movie Awards hosted by Dwayne “The Rock” Johnson and Chris Ro-- I mean, Kevin Hart. This dynamic duo managed to throw down no less than 18 curse words in the opening 9 minutes of the show. Johnson and Hart were so foul-mouthed even Amy Poehler joked that she would keep her acceptance speech clean in order to get more airtime.

In total, the show amassed 84 inappropriate words including 32 F-bombs, and 11 Chinese toy dogs (shih tzu's...). All but one of those was caught by the censors. However, in MTV's opinion those were the only ones in need of bleeping. Ass (17), Bitch (12), Dick (6), and various blasphemies (5) were all available for your listening pleasure. Perhaps the worst compilation of cursing was an original song by Johnson and Hart with the chorus repeatedly joking about Leonardo DiCaprio being raped by a bear.

Johnson: ♪♪ I punched an earthquake and made it stop ♪♪

>> ♪♪ You'll always remember where you were when Leo got [ bleep ] by a bear! ♪♪ ♪♪ [ cheers and applause ] 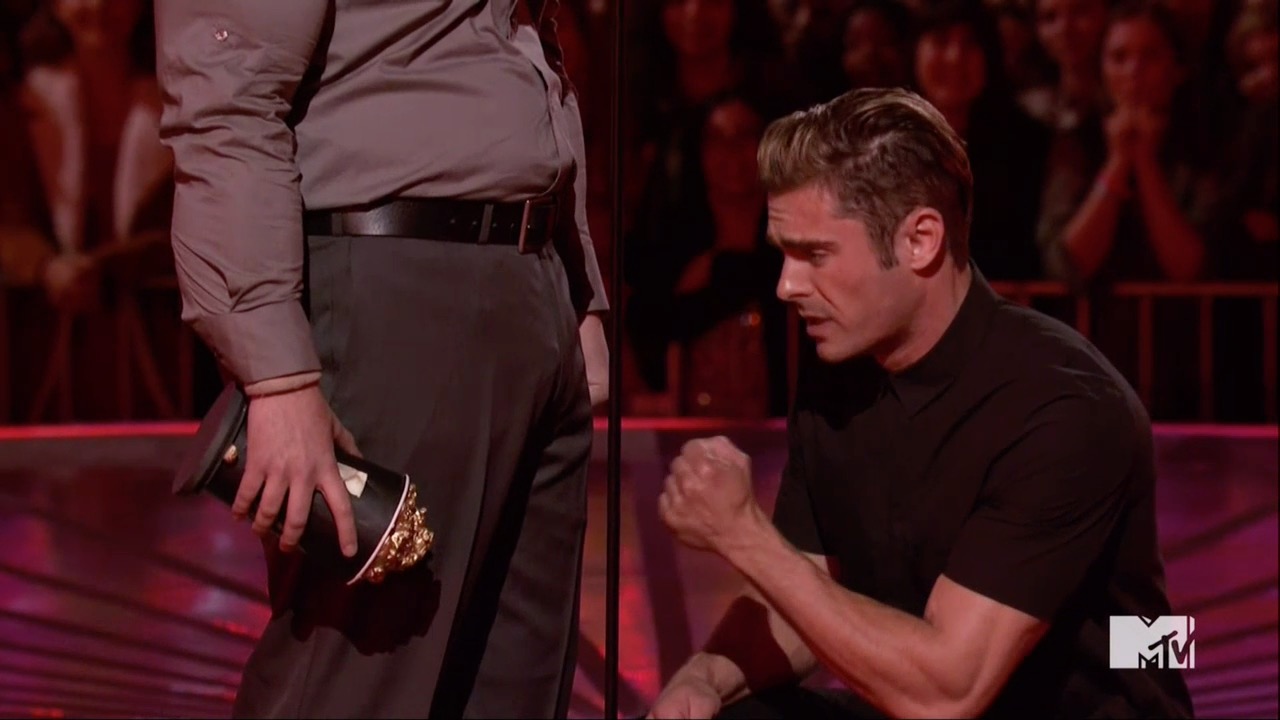 There actually were a few good moments, though. Will Smith received the “Generations” award for his tremendous body of work over the years and he talked about always wanting to inspire people. And Melissa McCarthy gave a touching speech thanking her mom for always encouraging her to be herself, after winning the “Comedic Genius” award. Unfortunately she just HAD to add a P.S. to the very end of her speech saying, “Who knew Bruce Springsteen could get even cooler? How about that?” Do you think she will feel that way when some sick pervert takes pictures of her in the bathroom? Of course, that won't happen to her or any celebrity (or liberal politician) because they don't use public bathrooms like your daughters do.

So after 25 years of MTV Movie Awards two things are for certain: MTV does not care about traditional values and they still don't play much music.