The latest episode of Scandal, “Wild Card,” was full of its typical bed-hopping among the political elite. Nothing new there. What was interesting, though, was how they used the liberal view of right-wing stereotypes to make Republicans look bad.

Cyrus, the President's Chief of Staff, knows that his political career is ending soon since President Grant is a lame duck. But Cyrus is not ready to be done so he begins looking for the next candidate that he can shape and control. Enter Francisco Vargas, a squeaky clean Hispanic moderate from a swing state, the Holy Grail of liberal candidates.

Ethan: Francisco Vargas. He was born in Allentown, Pennsylvania, and grew up in Philadelphia. His parents immigrated from Mexico. Mother was a nurse. Father was an economist. Has a less successful younger brother. Francisco was a great student, gifted athlete. After graduation, he went into the military and fought in the first Gulf War. When he came home, he married his high-school sweetheart and enrolled at Penn State.

Ethan: He was elected to the Philadelphia City Council when he was 32. He was mayor at 36, and two years ago, he became the first Hispanic governor of Pennsylvania. He's pro-choice, pro-gun, pro-growth, pro-earth, pro-science, pro-religion. He has a 95% approval rating with liberals and 51% from conservatives. Somehow, he seems to appeal to everyone. He has three kids in public school. He effectively manages his sodium intake. He plays guitar in a popular Philly alt-country band, and he hunts with a crossbow.

Ethan: There is no bad stuff.

Ethan: I didn't find any.

Ethan: No, there isn't any, because I looked. And if there was bad stuff, and I didn't find it, and you did, then... This guy's clean. The only thing bad about Francisco Vargas is nobody knows who he is. He has no national profile whatsoever. I'd literally never even heard of the guy until you called and asked me about him. Why are we looking into Francisco Vargas anyway?

Cyrus: What was he doing in the Gulf War?

Ethan: He was Special Forces.

So how do you turn a guy nobody knows into the next President of the United States? Well, all you need to do is make a hero out of the governor by manufacturing a crisis.

Cyrus finds the perfect patsy in Wayne, a man who confronted the governor at an earlier town hall meeting, shouting, “We don’t need your stinking education bill!” So he sends his henchman to kidnap Wayne's child and blackmail him into shooting his way into the state house to take Governor Vargas hostage. 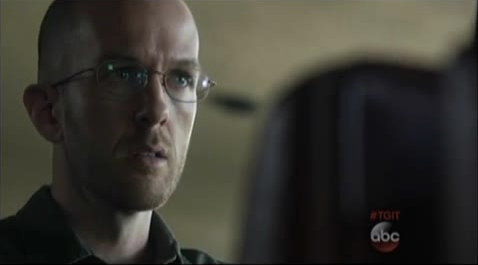 Turns out Wayne has ties to white supremacist groups and is said to be “just another disgruntled loner blaming illegal immigrants for his personal failures.” Of course he’s a racist right-wing homegrown terrorist! That's the only kind of terrorist liberal Hollywood acknowledges.

In the end, Cyrus’s plan to give the ex-Special Forces governor the chance to take down a shooter on national TV works, thus turning Vargas into a household name. Too bad that an incident like this would only further enflame the gun control debate, exacerbate race relations, and curtail free speech. The ends justify the means, I guess.

The most ridiculous part of all this is that Cyrus et al. are supposed to be Republicans. Thus we ended up with another instance on TV where Republicans are willing to do anything to win, including kidnap a child and kill people. It’s no wonder why there are still 9-11 truthers out there, considering almost every political show on TV the last 20 years depicts evil Republicans in this way. If we could only see a show on how the Clintons have stayed on top... or maybe that was it.