“The Obamas won an Emmy!” At the Creative Arts Emmys in Hollywood, the real winner was the liberal agenda, as represented by CNN, the Obamas, climate change, drag queens, and the Women’s March.

CNN’s Kamau Bell won the award for Best Unstructured Reality Program. The United Shades of America host has shown so much support for Antifa and left-wing violence in the weeks since Charlottesville that he has been called on it by Tucker Carlson and reporters from The Hill. 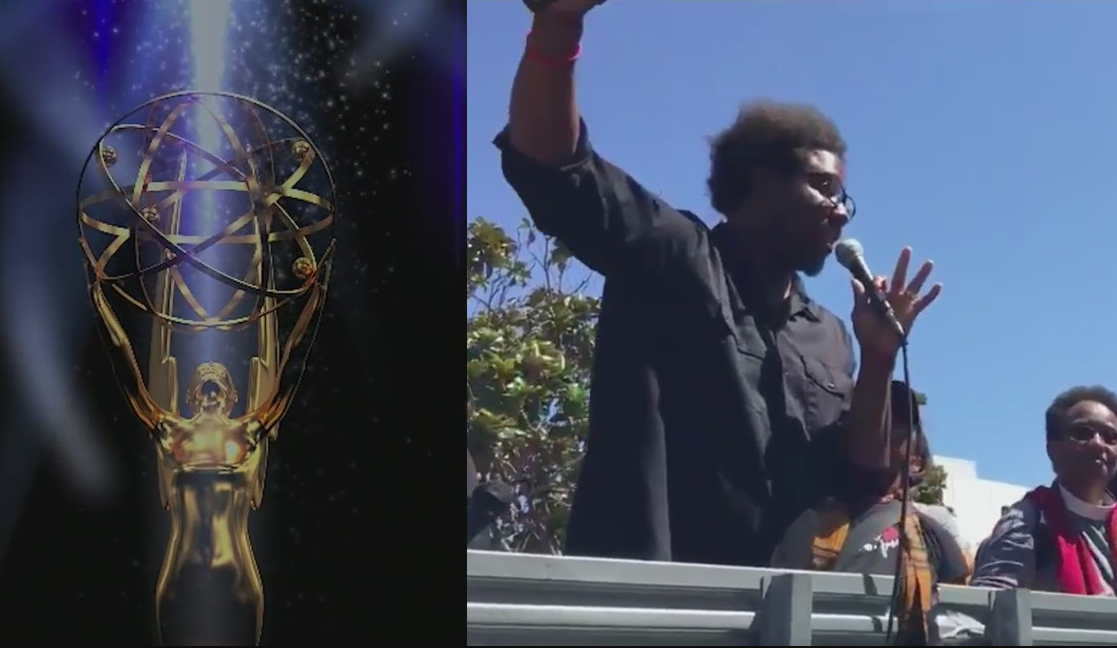 At the awards ceremony, Bell thanked “media and TV and movies” for showing that it takes “diversity and inclusion to make America a better place.”

On August 27, Bell spoke at a leftist “anti-hate” rally in Berkeley that resulted in violence against Trump supporters. Antifa thugs almost beat independent journalist (and Trump supporter) Keith Campbell to death for recording the rally on video.

At that event, Bell took a bullhorn and yelled, “But the thing we have to remember is that the Bay Area does not always stand for all of us equally … Bye Nazis! Bye!” CNN of course has remained silent, even though by other journalists’ standards, speaking at a rally that results in violence is unprofessional, to say the least.

The winner for Outstanding Original Interactive Program? The Obamas, of course. The People’s House--Inside The White House with Barack and Michelle Obama was given an award, and Deadline Hollywood cheered.

On the first night of the awards, September 9, presenter Bill Nye (the fake science guy) told the audience, “I sincerely hope that this year becomes the turning point, in that we as a nation begin to address climate change.”

He must have been thrilled when Planet Earth II picked up an Emmy for Best Documentary or Non-Fiction Series. Executive producer Mike Gunton stated, “(The planet) is crying at the moment,” a comment made in reference to the hurricanes battering the eastern coast.

The other winners that night? Viceland’s At The Women’s March won for short-form non-fiction or reality series. Meghan Kirsch stated as her team accepted the award, “Pink will always trump orange.” Samantha Bee also won for her Not the White House Correspondents Dinner writing.

Ava DuVernay, the creator of the Black Lives Matter documentary The 13th, made a speech when accepting her award. “It’s important that we stand up and be heard,” she said, against the “people who try to silence us.”

The Handmaid’s Tale and Saturday Night Live also racked up big wins. Melissa McCarthy won for her appearances as Sean Spicer, of course. Actress Alexis Bledel won for her role in the Handmaid’s Tale, and used her acceptance speech as a platform for Change.org, encouraging people to “sign up, speak up, and stay awake.”