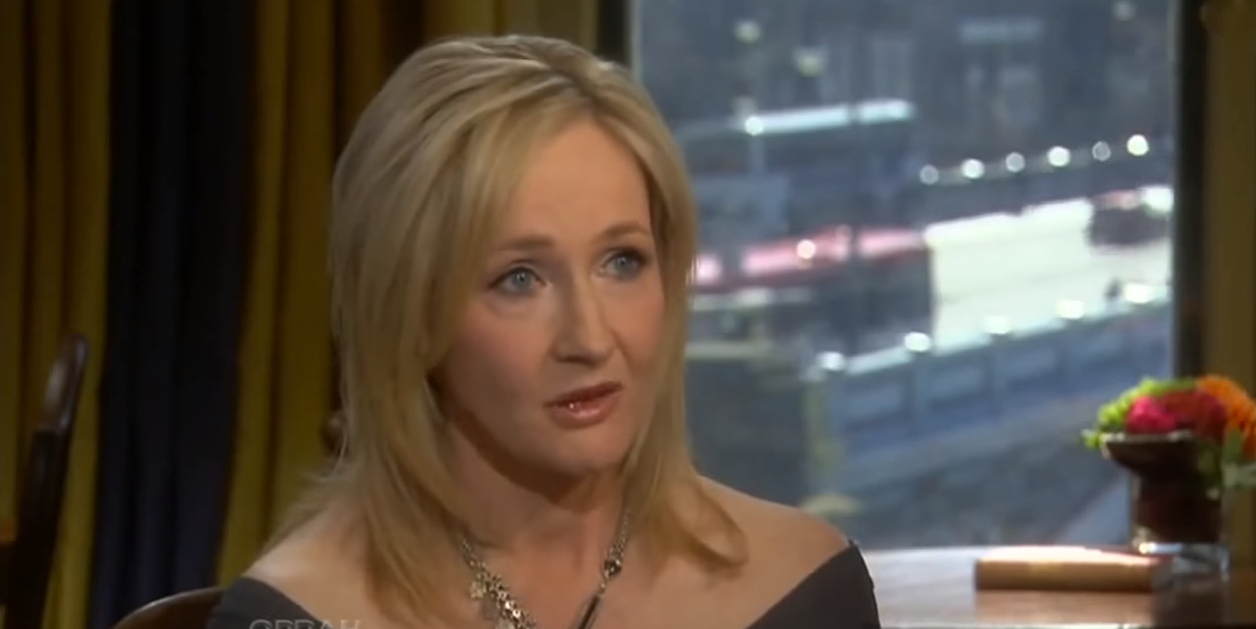 Liberal celebrities love to hide behind what makes them look good. Especially if it’s fake news.

As of July 31, the author of the Harry Potter series J.K. Rowling is still accusing Trump of ignoring a disabled child and calling the POTUS “stunning and horrible.”

After a deceptively edited video of President Trump allegedly refusing to shake the hand of a child in a wheelchair went viral on Friday and Saturday on Twitter, celebrities attacked Trump as a “monster of narcissism.” However, the full video was eventually released and surprise, the story was fake news. The president did not ignore the child in a wheelchair.

While people like Chelsea Clinton took down their angry re-tweets about Trump in this scenario, billionaire author J. K. Rowling refused. Three days later, her 8-tweet thread rant about Trump is still standing, even with her retweet of the video. (The video itself has been taken down, Rowling’s retweet remains.)

She has moved on to tweet about other topics, pointedly, it seems, refusing to acknowledge her mistake, and even liberals are critical. 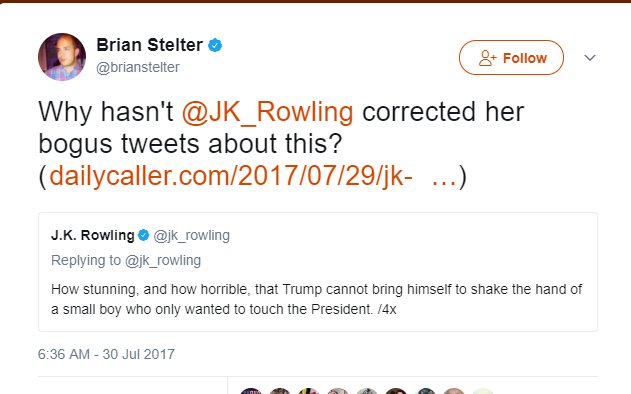 Liberal journalist Piers Morgan accused the author of “using a disabled boy to falsely smear someone.” He also called her tweets “abusive” and “damaging.”

Even the mother of the disabled child put out a statement saying “Trump did not snub my son.” The reason why he was waving his hand around in front of the president? He was showing off his secret service badge.

Rowling’s full tweet thread reads: “Trump imitated a disabled reporter. Now he pretends not to see a child in a wheelchair, as though frightened he might catch his condition. This monster of narcissism values only himself and his pale reflections. The disabled, minorities, transgender people, the poor, women (unless related to him by ties of blood, and therefore his creations) are treated with contempt, because they do not resemble Trump. My mother used a wheelchair. I witnessed people uncomfortable around her disability, but if thy had a shred of decency they got over it. So yes, that clip of Trump looking deliberately over a disabled child’s head, ignoring his outstretched hand, has touched me on the raw. That man occupies the most powerful office in the free world and his daily outrages against civilized norms are having a corrosive effect. How stunning, and how horrible, that Trump cannot bring himself to shake the hand of a small boy who only wanted to touch the President.” 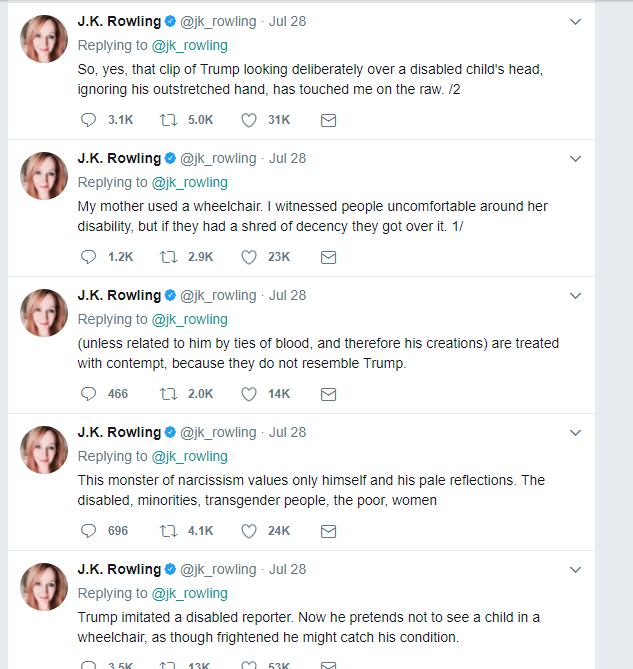 It takes a certain amount of humility and virtue to admit an error.