Russell Brand with Naomi Klein: 'We Need to Kill Our Inner Trump'

Can popular comedians actually contribute something of value to this world, or are they stuck mindlessly mimicking liberal intellectuals? Case in point: Russell Brand and his Under the Skin podcasts.

In an interview Brand held with liberal author and activist Naomi Klein, whose latest book, No Is Not Enough, analyzes Trump and where he came from, the comedian tried to wax intellectual. Quite frankly, he failed. But he won when it came to parroting liberal catch phrases. 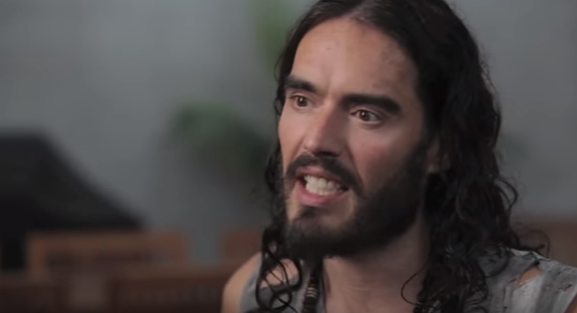 In the midst of almost indiscernible ramblings from Brand and long scripted statements from Klein, the comedian let a few politically charged statements shine through.

Klein stated that although Trump “lies, he is telling the truth about being a liar,” which is why he had so much appeal to the American people in the 2016 election. And while Klein put into perspective that Trump was a product of the Obama administration, neither she nor Brand meant that Obama was a poor presidential figure.

Of course not. If anything, according to Brand, “Obama seems to be some gorgeous Christ figure.” The trick to their statement was that, in Klein’s opinion, people were so used to Bill Gates and Bill Clinton “saving” America. So when Trump appeared on the scene, naturally, people “thought billionaires were going to save us.”

Wow. Did those two really save anything? Or does Klein suffer from that messiah complex Brand so often mentioned during the hour long podcast?

Brand must think he is a socialist, based on his criticism of capitalism; he called Trump and billionaires the “twitching zombie corpse of capitalism lunging about.” The comedian also seemed to misunderstand the idea of a democracy, calling the international culture a “consumer culture, not a democratic culture.”

Klein warned the listeners of the very dangerous, “right wing, white supremacist misogynist ideas that are resurging” in reaction to the liberal class, which she said has been living in an elite circle over the past twenty years. Brand said “there are people like Trump out there. And they are voting.”

In an Instagram post advertising the podcast, Brand titled the video “We Need to Kill Our Inner Trump.” So get ready, ladies and gentlemen. You may be asked to stop behaving like Trump.