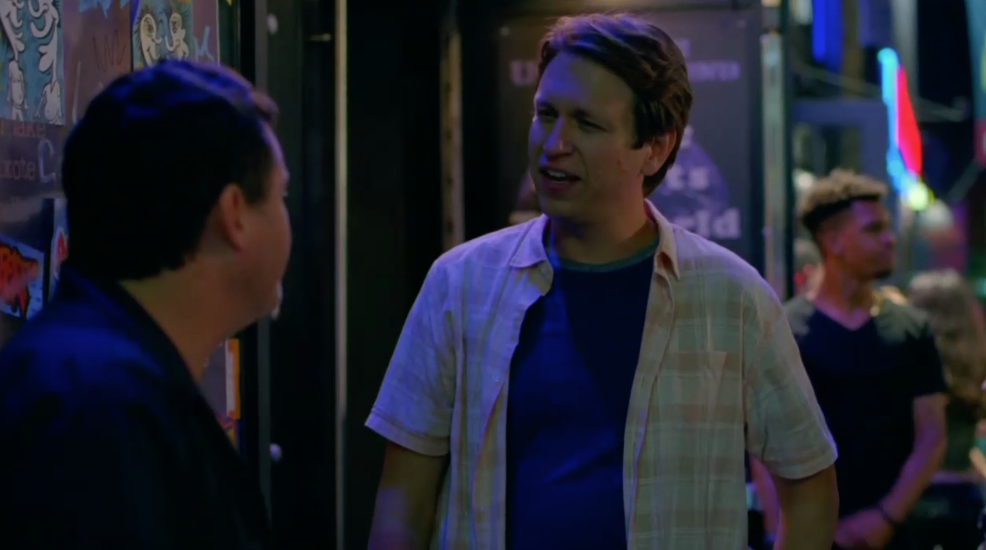 The premiere episode of the new season of HBO’s Crashing took a hard turn from its original, pro-Christian season. Sunday’s second season premiere, “The Atheist,” had formerly Christian Pete Holmes lose his faith after one conversation at a bar with famous magician and atheist Penn Jillette.

Pete: I stuck with it, I guess.

Pete: Jesus is still my co-pilot. He's great. He doesn't drink either.

Penn: I thought there was the wine thing. Isn't there the wine?

Pete: Ahh-- You know-- it was one miracle...The rest of the time he was pretty dry.

Penn: You really do believe?

Penn: And you don't have any gnawing doubts about that? You don't think that maybe you're-- you're letting things slide by you that could be more beautiful?

Pete: So you don't-- you don't believe in something watching us, something keeping all of this going?

Penn: What if you're wrong?

Penn: No, no, that's not true. I mean, that's-- that's the problem with Pascal's Wager, is there's more than one choice. You could spend your whole life prayin' your ass off to Jesus, and then find out that it's actually Zeus, and he doesn't like you praying to Jesus.

Penn: You don't have certainty.

Penn: Yeah, I-- I-- I dig that. It's hard to change. It's really hard. It's hard for someone my age to admit that the-- the Beatles weren't that good.

Just when you thought you couldn’t dislike Penn any more, he disses the Beatles, losing all credibility. Penn also insinuates that by believing in God you’re somehow denying the beauty of life. He also misunderstands the definition of faith—the whole point is you believe in something you can’t see.

But after the conversation, the formerly Christian Pete proceeds to get drunk, join his friends at a Burlesque show, and have a one-night stand with a fellow comedienne he sees at a bar. The last shot is him in bed with the woman, smiling while exciting music plays.

I guess conservatives enjoying the show should’ve known that the pro-Christian message couldn’t last. It is HBO, after all.