Not so much as a week has gone by since ESPN’s Mike Ditka offered the opinion (correctly) that Barack Obama is ‘the worst President we’ve ever had.’ And apparently, less than a week is all it took for ESPN to decide to pull ‘Da Coach’ from the network’s premier Sunday pregame show ‘Sunday NFL Countdown.’ 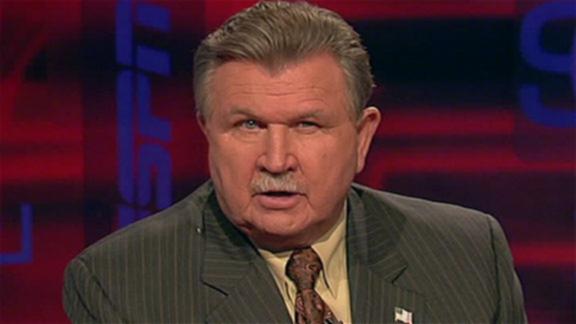 Recently-retired Colts quarterback Matt Hasselbeck will take Ditka’s spot on the broadcast team. For their part, ESPN has not said that Ditka’s comments about Obama resulted in his apparent demotion, though they haven’t said Ditka’s rant was not the reason either. Ditka still will remain on the network in a smaller profile role.

But, given their silence on the actual reason for Ditka’s promotion, should ESPN be given the benefit of the doubt in this case? Normally, I do not assume the motives of people when they don’t clearly state them themselves. However, we are dealing with the same network that never disciplined Tony Kornheiser for likening Republicans to ISIS, yet had no problem misinterpreting a tweet from conservative baseball analyst Curt Schilling and suspending him for it. Not to mention the same network that still employs Kenny Mayne, who once tweeted his desire to ram a car with a Sarah Palin sticker on it, but held off only because there might be “kids in the car.”

Yeah, I’m going to lean a little more towards doubt about the goodness of their intentions. As opposed to giving them any benefit.