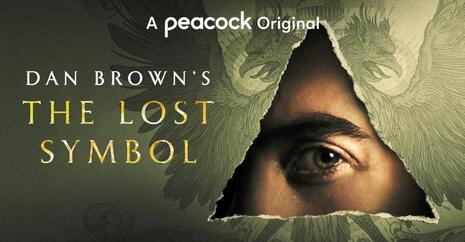 The TV adaptation of Dan Brown’s The Lost Symbol on Peacock has come to an end and, while it had managed not to offend Christians for most of the season, being based on a Brown novel, it couldn’t help itself in the season finale.

In the November 18 episode “Resonance,” the Bible ultimately ends up playing a significant role in what they’ve been seeking all along, which turns out to be very disappointing for symbologist Robert Langdon (Ashley Zuckerman). It is his mentor, Peter Solomon (Eddie Izzard), who previously had admonished Peter for his lack of faith, who truly offends in his description of the Bible, though.

Robert: Maybe there was a part of me that wanted the ancient wisdom to be more than… a metaphor.

Peter: And what if it is more than that? You know of the stories of a code in the Bible. Francis Bacon, William Blake, all those luminaries thought there was something hidden in those pages.

Peter: But think of it. It’s a bizarre book of stories filled with contradictions, with outdated beliefs, with outright absurdities.

Robert: Peter, you’re trying to argue that there could be some ancient wisdom encrypted within the Bible?

Peter: The Torah, the Qu’ran, the Upanishads, there’s a reason why these ancient texts have endured. People sense there is a power in them that we have yet to understand. We just stopped looking for it. Of course, it’s never too late to start looking again.

And to think, Peter had been trying to encourage Robert to take an interest in the Bible. This may not be the best way to promote a study of such sacred texts, though. It’s also downright demeaning to those who do choose to study and live by the Bible.

Rather than try to understand, or even merely respect, the good that the Bible provides in the lives of many as the reason it has endured, Peter regards it as merely providing clues for some sort of scavenger hunt.

Ultimately, Robert is seen studying a very old and weathered version of the Bible, though it looks to be more for purposes of searching for something deeper in a coded hidden meaning, such as in the way Peter suggests, as if that’s all its ancient wisdom is good for.

Perhaps, if Robert really cared to do a deep dive read of the Bible, he might actually find religion and finally understand the true power people sense in it.