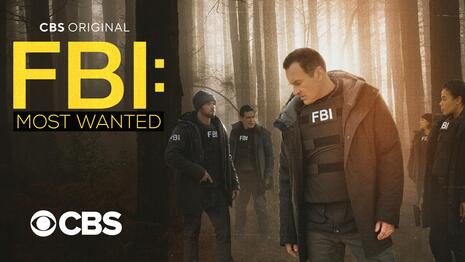 Republicans are often cast as the villains on TV, but one show finally made a GOP “hero”: a “pro-immigration, pro-choice” one who refused to vote against the impeachment of President Trump.

On the March 16 episode “One-Zero” of FBI: Most Wanted, Agent Jess LaCroix (Julian McMahon) and his team take on the case of Representative Diane Ferris (R-New York) and her murdered son, Jake.

Agent Sheryll Barnes (Sheryl Sternberg) thinks it’s appropriate to state her opinion on the congresswoman’s politics for some reason, saying, “The Republican who votes her conscience. Pro-immigration, pro-choice, abstained on impeachment twice.”

Agent Hana Gibson: It's your anything- but-typical Friday night at Bard College. Second from left is our quarry, Dylan Wright, at least that's what the id he flashed at the bar said. The bro with his arm around him is our victim, Jake Ferris. He's a senior at Bard.

Agent Ivan Oritz: Which really pissed off her party's base. She's had protesters outside her home.

As the agents are looking into whether Jake’s death was politically motivated, the congresswoman's politics come up once again. Jess asks one of the friends there with Jake the night he was killed if the suspect ever mentioned Rep. Ferris, pointing out, “She’s been in the news a lot lately.” The friend says, “People are pretty chill about that here, she’s kind of a hero.”

While the agents would have reason to ask around if their suspect had a political motive, the next reference to politics, this time about the Capitol riot, made no sense at all:

In trying to identify the killer, Hana reports, “I tracked every name in the threat profile on the congresswoman. None of them mention Jake, but one guy was at the Capitol on January 6th. He said he wanted to put a bullet in Diane Ferris's head.” But, “He's in jail on a parole violation. He couldn't have done it.” Why on earth, then, did it even need to be mentioned if “he couldn’t have done it?”

Jess concludes, “I don’t think this is political,” and politics and the congresswoman are never spoken of again. It turns out that Jake was the victim of a serial killer and none of the victims were killed for political reasons, but rather because the perpetrator was bullied and needed to gain a sense of power back.

The writers brought up politics just for the sake of making some idiotic political point that had zero to do with the plot. They wanted viewers to know that a Republican who votes their conscience is a “pro-immigration, pro-choice” one. That’s the only kind of Republican they’d ever brand a “hero.”

Conservatives Fight Back: Advertisers for this episode included Ford; Ancestry; Applebee’s; Humira; TurboTax;  Xeljanz; and Flonase. Kohl’s was a repeat offender throughout this episode.