And the Award for Most Liberal Oscar Nominee Goes to… 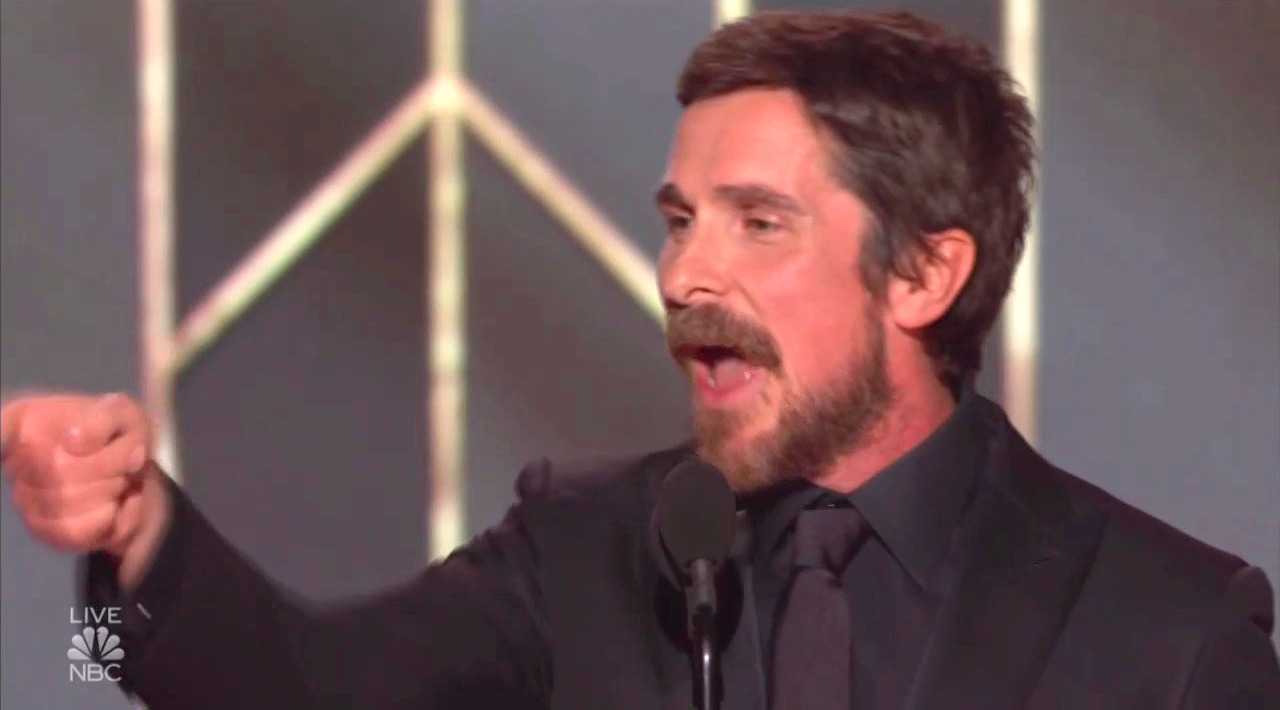 There’s a very good reason 81 percent of Republicans have said they won’t watch Sunday night’s Academy Awards, according to a new poll. Hollywood is the Left Coast base of the anti-Trump resistance and over the years they have made their disdain for conservatives very clear. After all, last year’s Oscars host Jimmy Kimmel joked, “We don't make films for money. We make them to upset Mike Pence.”

This year, #OscarsSoWoke the awards show won't even have a host and four of the eight Best Picture nominees are progressive fantasies. The Best Actor, Actress, and Director nominees have been working overtime to secure their spot as most liberal in the Oscar race.

Here are their most wacky quotes from this year alone for your consideration. . .

"Thank you to that geeser, Adam. He said I’ve got to find somebody who can be absolutely charisma-free and reviled by everybody, so he went, oh, it’s gotta be Bale in it. Thank you. And for all the competition I will be cornering the market on charisma-free [assholes]. What do you think, Mitch McConnell next, that could be good, couldn't it? Thank you to Satan for giving me inspiration on how to play this role."

"My character, Queen Anne, someone in whom resides all the madness, frustration and confusion and instability of a powerful person unfit for the job. I don’t know if you know anyone like that.”

"And if the fucking president of the United States could please put our government back in business … There are people who live paycheck to paycheck and need their money.... And to Mike Pence, who thinks it’s acceptable that his wife works at a school that bans LGBTQ, you are wrong. You said we should not discriminate against Christianity. You are the worst representation of what it means to be Christian... So you can take all that disgrace Mr. Pence and you can look yourself in the mirror and you’ll find it right there.”

— Lady Gaga, Best Actress Nominee for “A Star Is Born”

Spike Lee Christopher Columbus Was a 'Terrorist,' USA Built on 'Genocide and Slavery'

"When I was in public school, in Brooklyn, New York, I was not told that George Washington owned slaves. I was told that he chopped down the cherry tree; wouldn't tell a lie. Or, in 1492, this guy, this terrorist, sailed the ocean blue . . .  Another thing I'd like to say -- I know we got to go. We have to talk about the genocide of Native Americans! They get overlooked! This country was built on, in my opinion, genocide of Native Americans and slavery. That's the foundation of this country."

Adam McKay: Trump ‘Nowhere Near’ as Bad as Cheney

“Don’t get me wrong, Trump is dispiriting and upsetting and we’ve essentially shot a drunk orangutan into the White House. But it’s nowhere near the damage that these guys [George W. Bush and Dick Cheney] did.”

What do you think, folks? Tell us who the award for most liberal Oscar nominee should go in in the comments below!